Occult No More – The Battle Lines Are Drawn

I recently came across this article from last month on CBN News (aka televangelist Pat Robertson’s mouthpiece). It’s titled “Women’s March Calls for Witchcraft in Politics, ‘One Voice Prayer Movement’ Pushes Back – How You Can Pray.”

None of this is new. 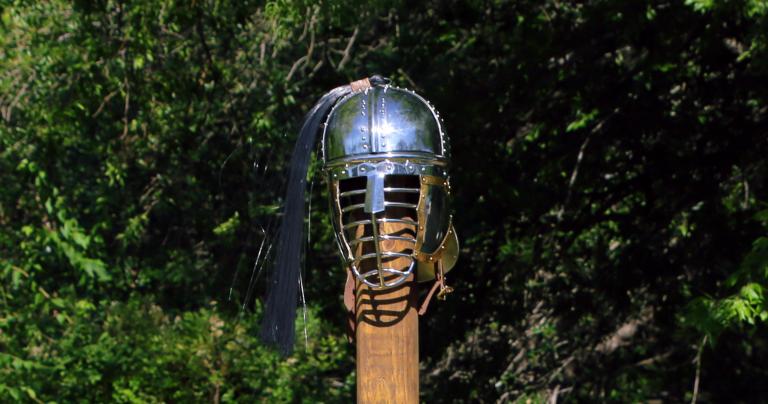 I’ve been involved with political magic since 2004. Witches have been part of the women’s movement since the 1960s: some metaphorically and some who actually practice witchcraft. British witches and other magicians performed Operation Cone of Power to stop Hitler in 1940, drawing on the legend that Sir Francis Drake had witches raise the storm that led to the defeat of the Spanish Armada in 1588.

What is new is that this is all out in the open, which brings the inevitable response from those with different goals and different values.

This was one of my biggest concerns with the mass binding of Donald Trump that began in 2017. The first header in my response said “The Publicity Around This Working is Harmful.”

The public nature of this working means it has attracted attention from those who are opposed to it. A few magicians support Trump and have upped their efforts to protect him. And various fundamentalist Christians who love the idea of “spiritual warfare” are actively working against this spell. Their magical skills are mostly undeveloped (though some are quite powerful) but they outnumber us and their countermeasures will have an impact, though just how much is impossible to say.

This CBN piece is exactly what I was concerned about.

But that ship has sailed, and it’s not turning around. Here’s a piece from earlier this year from the very mainstream Religion News Service titled “Witchcraft becomes a political stance — and a booming business.” Here’s another titled “Why modern witchcraft is taking over Instagram.” For those of you who are saying “but those aren’t real witches” here’s my blog post from two years ago The Aesthetic of Witchcraft and the Return of Real Magic, where I said:

It would be the height of irony to criticize those who call themselves witches but who don’t practice witchcraft and not look at the magical forces in play in our contemporary world.

Magic and witchcraft are occult no more. How many people are playing dress-up or doing it poorly isn’t important. What’s important is that the use of magic is growing.

Historically, people turn to magic when times get bad. The rich and powerful have always had magicians in their service. But this is the first time I know of where large numbers of people are involved in open magical conflict.

What I don’t know is how many of them understand just how complex the battle lines actually are.

We are living in The Storm

These are not ordinary times. These are not even “the times that try men’s souls.” This is The Storm, Tower Time, The Long Descent – whatever name you prefer for

the series of events and phenomena that are difficult and unpleasant, but mainly that don’t fit our ideas about the world and the way it’s supposed to work. And not just one or two strange and unusual occurrences, but one after another after another.

Some of these things are clearly caused by humans. Some we’ve seen before, in history if not in our own lives. Others are novel and of indeterminate origin. Individually, any one of them can be rationalized away. Taken together, they point toward something bigger. 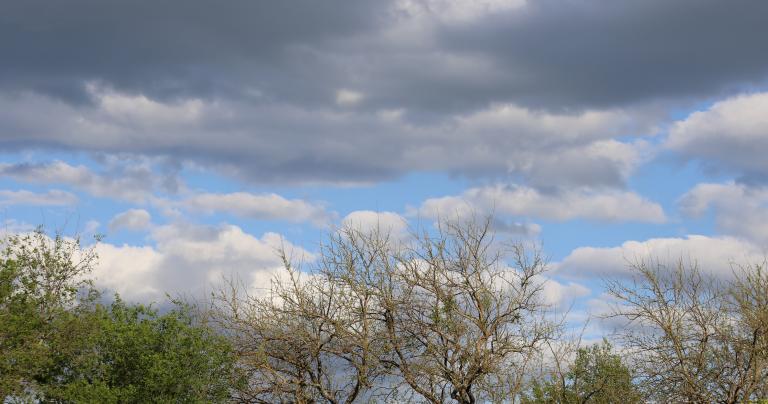 Various people I know and respect – some of whom I genuinely like – have said the “real” problem is capitalism. Or it’s patriarchy or oligarchy or white supremacy. Those on the other side of the political spectrum say it’s communism or statism or globalism. Some who are oriented more toward magic than politics talk about cosmic shifts and astrological cycles.

We humans like things to be simple. Even if they’re also difficult, if they’re simple we can focus our attention on The One Thing. We destroy the One Ring or stake the head vampire and everything returns to normal.

This is not simple and there will be no return to normal. The Storm is geopolitical and environmental and social and magical and Otherworldly and theological and many other things. If you focus only on one aspect you will miss the bigger picture.

And if you miss the bigger picture you will make critical mistakes.

The chess board is bigger than you imagine

I often compare our current situation – again, both mundane and magical – to Europe in 1914. But it’s a mistake to look at the politics that led to World War I as simply Britain, France, and Russia against Germany, Austria-Hungary, and the Ottoman Empire. Each of those nations ruled other nations who wanted independence. Within the nations were centuries-old ethnic and religious conflicts. There were women’s movements, democratic movements to replace monarchy, and socialist and communist movements to replace unfettered capitalism. And even this is a gross oversimplification.

If you look at 2019 as Democrats vs. Republicans, China vs. USA, fundamentalists vs. Pagans, or Trump vs. decent humans, you’ve oversimplified a very complicated situation.

If you look at 2019 as polytheists vs. monotheists vs. atheists, witches vs. prayer warriors, or humans vs. Fair Folk, you’ve oversimplified a very complicated situation.

There’s a chess game going on. And just because you can only see 64 squares on the board doesn’t mean that’s all there are. The occult is not dead. There are more squares, more boards, more pieces… and you aren’t the chess master. 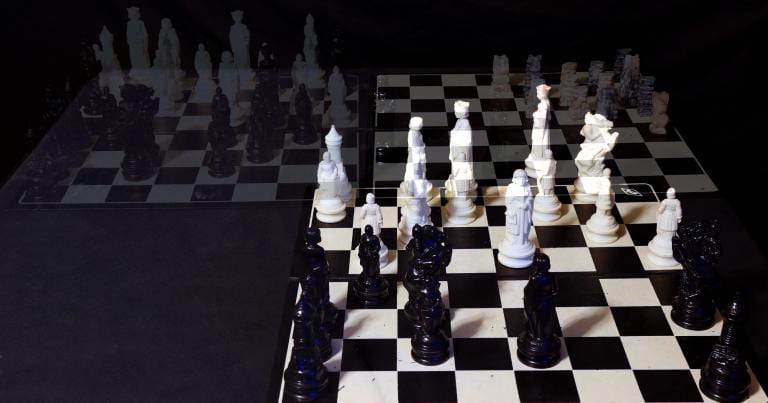 But you’re not a pawn

So you decided to bind Donald Trump. Or to hex Mitch McConnell. Or to cast spells of revealing around the impeachment inquiries. Good. You’re doing something – you’re not a pawn.

Magic is no substitute for an engaged citizenry. You still need to participate in the democratic process. At the very least, that means voting for the best candidate (or the least worst) who actually has a chance to win.

Like politics, magic is ultimately about power: who has it, who doesn’t, who is willing to use it, and toward what ends. Those who don’t have it are dependent on the good will of those who do. And while I’m in favor of building a society where the strong are constrained from harming – or ignoring – the weak, I’m not in favor of unilateral disarmament.

I hope you are – you’re going to need it.

A quote often misattributed to Napoleon and more properly attributed to Voltaire said “God is usually on the side of the larger battalion.” No matter how just our cause, if we are too few or too weak we will be overrun – just like Luxembourg and Belgium during both World Wars.

Many of us who have been called by the Morrigan describe it as being drafted into the army, some as warriors and others as support staff.

One magician is strong. An army of magicians is far stronger.

While armies have their place, sometimes goals can be better accomplished with alliances. As with sovereign nations who band together for mutual defense, magical alliances can increase our numbers and our strength without resorting to military hierarchy and discipline. Groups and individuals can form alliances with other groups and individuals, both in this world and in the Otherworld.

Gods, ancestors, and other spiritual beings all have a stake in this battle. Where we have common cause, we can work together as allies. 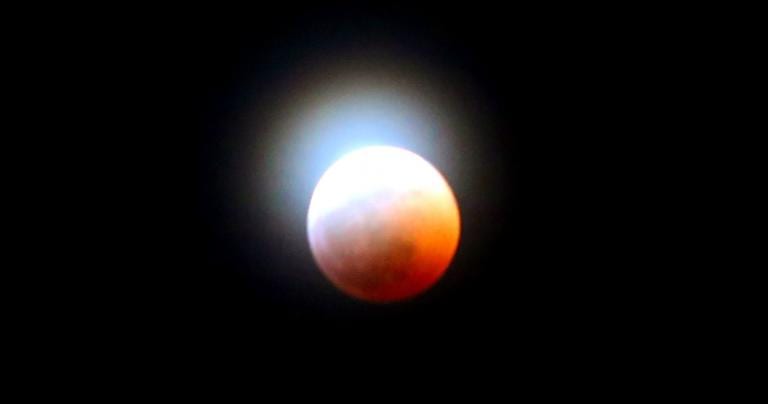 Do you know what you’re fighting for?

Historically, young men – and some young women – have rushed off to fight and die in wars that old men start. Oftentimes they don’t really know what they’re fighting for. Sometimes they do things that are truly heroic. Other times – as in World War I – they die en masse simply to move the borders a few miles and to set the stage for the next war.

I’m not sure how many of today’s witches, Druids, and other Pagans fighting magical battles understand just what they’re getting into. I know some do. I’m sure many don’t. I don’t know exactly what I’ve gotten myself into, and I’ve been watching it carefully for years.

But I know that while much of what’s going on in our world has a mundane cause, all of it taken together defies a simple, materialist, business as usual explanation. We are living in The Storm, in Tower Time, in The Long Descent. I don’t have to be able to fully articulate the geopolitics and the Otherworldly politics to know that they’re both in play, and they’re both interconnected.

I’m not a general. I’m not a chess master. I’m not even a queen on the chessboard. I’m a Druid and a magician who refuses to be a pawn. 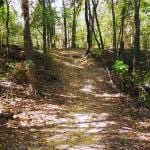 December 1, 2019
Finding Your Way Without a Spiritual GPS
Next Post 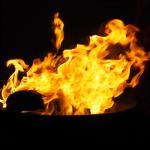 December 5, 2019 An Authentic Foundation For Modern Paganism
Recent Comments
0 | Leave a Comment
Browse Our Archives
get the latest updates from
John Beckett
and the Patheos
Pagan
Channel
POPULAR AT PATHEOS Pagan
1