Paganism in the 2020s – What to Expect in the Next Decade

As the year and the decade wind down, it’s natural – and good and necessary – to look back. Jason Mankey has a very good retrospective on Paganism & Witchcraft in the 2010s. I’ll have my own 2010-2019 retrospective on Sunday, but it will mainly be a personal thing.

But this is also a good time to look forward at the decade ahead of us. Ten years is too broad a time frame for divination to be much use (one year is pushing it), and I’m not an astrologer who can read what’s written in the stars. But I am someone who pays attention and who meditates on what he sees.

This isn’t prophecy so much as it’s projection. Some of it is obvious (or at least I think it’s obvious), but too many times we ignore what’s right in front of us. We get so caught up in day to day activities we miss the larger trends.

This is what I expect the next decade will bring to the Pagan movement. 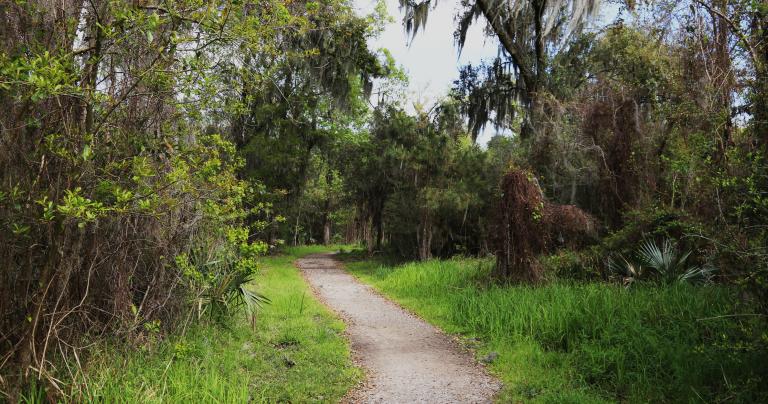 The Pagan religious impulse will get stronger

Let’s start with the good news: more and more people are going to become Pagan, in one sense of the word or another.

The 500 year decline of Christianity gets steeper all the time. Without the force of government or societal expectations, people are simply walking away from religions that tell them they have to believe things they can’t honestly believe. Some are becoming atheists, but more – those generally classified as “spiritual but not religious” – are looking for something… they just don’t know what.

Done right, Paganism is an organic religion. Nobody has to be an evangelist for many Gods, magic, and the sacredness of Nature – people intuitively understand it. That’s why monotheists have to work so hard to stamp it out… and they’ve pretty much lost the power to do so.

More people will be coming into our movement. But I worry what they’ll find when they get here.

The holes in the Big Tent of Paganism will get bigger

It’s been five years – half a decade – since I wrote The Big Tent of Paganism. I had high hopes for a community that, while primarily focused on individual groups and traditions, could still come together under the banner of Paganism.

We’ve never had a common theology, cosmology, or political approach. We’ve always had our share of dysfunctional organizations and manipulative (and at times, abusive) leaders. But as long as we had the fiction of a common origin and the reality of a common enemy, most of us were willing to cooperate.

But while religious discrimination is still a very real thing, it’s not nearly as dangerous to be a Pagan in public anymore. And as the truth about people in Pagan organizations doing bad things comes to light – which is another good and necessary thing – fewer and fewer people are willing to invest any time, energy, or money in building a Pagan identity.

I see this trend getting worse before it gets better. The word “Pagan” has been around for 1700 years or so and it’s not going away. But the idea of Paganism as a religious movement is going to become less and less common, perhaps to the point that it will no longer make sense to capitalize the word. 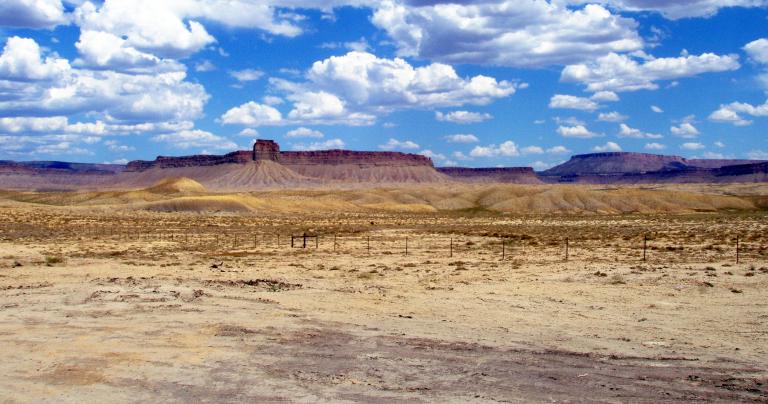 The next wave of Pagan influencers will not come from within

I hesitate to use “influencer” – it’s become a trendy marketing buzzword. But in its literal meaning (“one who has an influence on the thinking and behaviors of others”) it makes sense here. Influencers aren’t leaders – they don’t have a vision for the future and a plan to get people there. Rather, people see influencers doing things (usually because they try really hard to be seen) and they follow along.

The organic Pagan religious impulse will send people looking for guidance, or at least, for role models. Our Big Tent will no longer be able to serve as a clearing house (to the extent it ever has), and so these new folks will look for information where ever they can find it. The odds on them finding Patheos Pagan, The Wild Hunt, or the keynote speaker at Paganicon will be very small. Maybe they’ll find a book by a good author, but more likely they’ll get their information about Paganism from a TV show, a celebrity, or someone who wrote a book that tells them what they want to hear.

I can’t say this change is inherently wrong. The Big Tent hasn’t done a very good job of helping people find where they need to be – that’s one of the reasons it has so many holes in it. The second generation of Pagan leaders is dying off and the generation that’s replacing them is both more numerous and lower in profile – there are no more Starhawks or Raymond Bucklands to stand out.

Gatekeeping – for the wrong reasons – will get worse

We all want a religion that’s ours. But we forget that in this context, ours means “where we belong” and not “what belongs to us.” Too many people are more concerned with claiming ownership and with keeping “those people” out than with finding or building a tradition where they truly belong.

The increased popularity of Paganism – especially in its shallower forms – will have the same effect you see when niche interests suddenly become popular with the mainstream: comic books, computer games, punk rock, etc. People throw up barriers, tell people they don’t belong, that they’re not a “real” Pagan. We’re already seeing it with witchcraft.

Then there are those who want to limit access to only those with the “right” bloodlines. I’ve written about this three times this year. DNA is not religion and the Gods call who They call. This will get worse, because racism and nationalism aren’t going away in our mainstream culture.

The polarization of the mainstream society is going to keep pushing us to treat anyone who isn’t 100% with us as an enemy, or at least as someone who’s highly suspect. I’m hoping we can resist that – I’m hoping we can learn to separate “Nazis” from “people who liked a Tweet we disagree with.”

But I’m not optimistic. 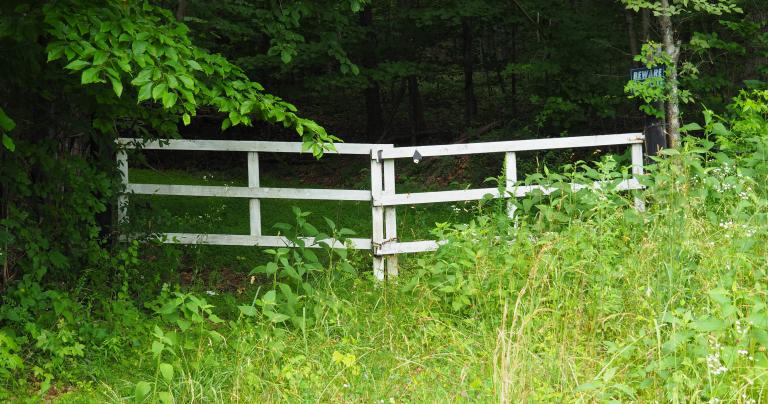 Not every tradition or path is meant for everyone. Atheists don’t belong in a polytheist group, and vice versa. Magicians don’t belong in religions that believe magic is impious. Groups centered on daily devotions area a poor fit for those who only want to do “Pagan stuff” on high days and full moons.

People in groups where they don’t fit will never be satisfied and they’re a distraction from the work the group is called to do. By drawing clear boundaries, groups and traditions can say “this is what we do” “this is what we don’t do” and “this is what we expect from our members.” Then people who think they might be interested can see how well that matches their own interests and callings.

Some groups are doing this now. They’re creating mission statements, by-laws, and codes of conduct. Their challenge will be how well they enforce them. Some violations can only be forgiven once… and a few not at all.

No group can be everything to everyone. Those who focus intently on who and what they are will give themselves the best chance to succeed.

New ways of being in community will emerge

The problem with Pagans and community is that 1) we need it, and 2) we don’t want to do the things it requires. I think the end of Pantheacon has finally shown us that an expensive once-a-year convention isn’t community. ADF’s problems have demonstrated the difficulties of adapting Christian structures to Paganism (I’m encouraged by ADF’s responses, but much hard work remains necessary – we’ll see how it goes).

I suspect we’ll see more coven-like local groups emerge – small bands of people who are geographically close enough to meet regularly and support each other. I think we’ll see more on-line communities, particularly for those with obscure specific interests. I hope we’ll see more networking among these groups, but that’s more of a wish than a prediction.

Humans are social animals, and religion is one of the things we gather around most frequently. We’ll keep trying things until we find something that works.

The Three Grand Divisions of Paganism are a century away

I have previously said that once this “speciation” phase of Paganism ends, the many groups and traditions will congeal into three main divisions: polytheism, Wicca and witchcraft, and non-theistic Nature worship. That assumes the many varied ethnic polytheisms develop a common cosmology and theology – I think that’s likely but not certain. And it assumes some sort of working agreement between Gardnerians, eclectic Wiccans, and traditional witches – I think that’s less likely but both possible and desirable.

But we will not see this in the 2020s – I don’t think we’ll see it in my lifetime. There are too many new Pagan groups, organizations, and traditions that need to be born before the process of natural selection can discover which ones are adapted to our environment well enough to succeed in the long run. 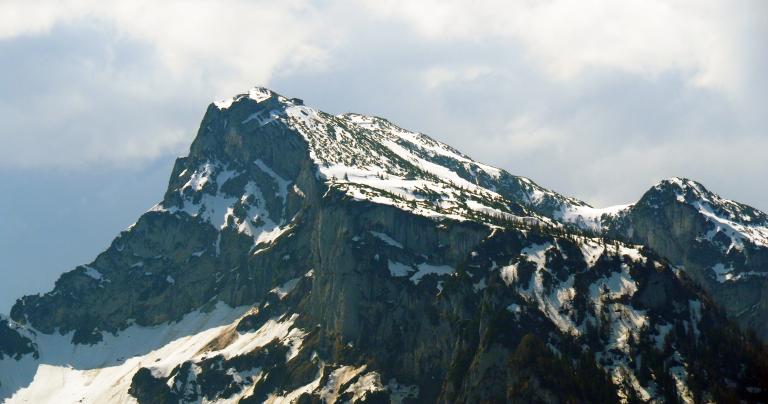 This was the second bullet I wrote when I outlined this post. I deleted it because it really doesn’t fit with the other topics, but I was told to put it back. So I did.

The 2010s could be called the Decade of the Morrigan. She’s been recruiting warriors, priests, and the occasional Druid since at least 2011. Brighid has been quietly calling a rather impressive number of folks. My Heathen friends tell me Odin is doing the same. So are other deities.

We can debate whether or not the Old Gods ever really went away. What’s not up for debate is that They’re very active now.

In the coming decade, expect to see another “class” of Otherworldly beings begin to interact with humans and other persons more regularly. I’m not sure who it will be, but my money is on the demons. Some of this is due to the increased interest in grimoire magic, but more is just an observation of the world and how it works.

Remember that the story of the demons has been written by their enemies. Don’t believe everything the Catholics and the Evangelicals say about them. But as with the Fair Folk, there is wisdom in the stories our ancestors told about demons. They are persons who do their own things for their own reasons, and serving you isn’t very high on their list of priorities.

You have been warned. 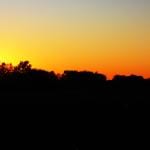 December 15, 2019
Winter Solstice and the Pagan Restoration
Next Post 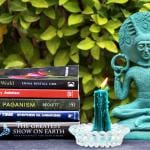