Winter Solstice and the Pagan Restoration

I love seeing Pagan stuff in the mainstream culture. Witches and magic, the old Gods, reverence for Nature – it all lets me know that the beliefs and practices that are so important to me are becoming more widespread. I have no illusions that Paganism in any of its forms will ever be anything more than a tiny minority religion in my lifetime, but it’s good to see progress.

More than that, it’s good to see other people finding meaning in the things that are so meaningful to me.

As enjoyable as this is, it shouldn’t be surprising. At its best, Paganism is an organic religion based not on doctrines and rules but on experiences and relationships. The monotheist religions have to fight a constant battle against heresy because Paganism comes naturally to us.

One of those experiences is the Winter Solstice. 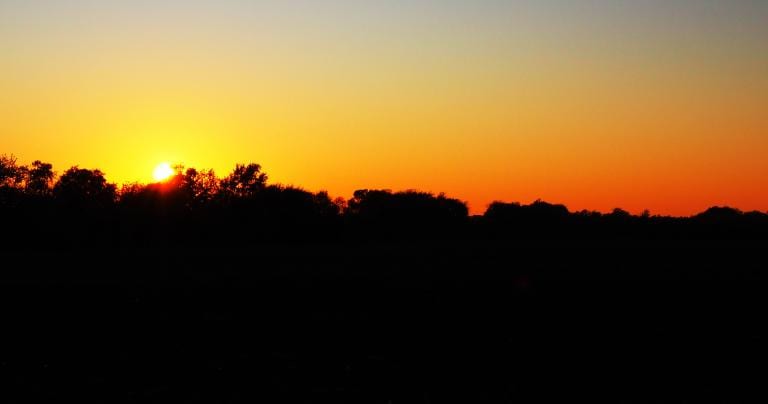 The Winter Solstice may be humanity’s oldest holy day.

We know the cradle of humanity is in East Africa, near the equator, where the length of days is relatively constant throughout the year. We also know that at some point, our very ancient ancestors began to move north – and south – where the seasonal variations in daylight are more pronounced. As people moved north they gradually became aware of these seasonal variations.

There is an unfortunate tendency to view our ancient ancestors as primitive children mired in superstition, trying to appease angry Gods because they didn’t understand natural forces. This view is a product of European imperialism and its attempts to find a moral rationalization for invading entire continents and subjugating the people who had lived there for thousands of years. They were “primitive” and thus in need of Western enlightenment, and of course, Christianization.

The fact is that we have the same brains as the first homo sapiens sapiens who appeared around 200,000 years ago. They didn’t have our technology, but they had the same ability to think logically and rationally as we do.

So it’s a mistake to imagine our ancestors huddled around a fire in late December wondering if the sun was dying and if the world would be plunged into perpetual darkness. They knew the sun would return and the days would lengthen again, because they always had.

At the same time, something told these people that this was a special time, a sacred time. It was important enough that they built tombs, shrines, and other structures aligned with the sun at the Winter Solstice, most famously Newgrange in Ireland and Stonehenge in Britain.

Reasons for the season

We can only guess at what called our ancient ancestors to observe the Solstice. Can we do better at figuring out what’s inspiring people in our day to do the same?

Certainly some of it is a response to Christmas. People see this big festive holiday – the only day of the year when retail shuts down for the whole day – and they want to be a part of it. Except, for all its consumerist and secular elements, at its core Christmas remains the Christ Mass.

Of course, early Christians arbitrarily celebrated the birth of Jesus at the Solstice to coincide with the Roman celebration of Saturnalia, and also adopted the Roman customs of feasting and gift-giving. Nothing is ever really new.

But while many are happy to be “cultural Christians” others want something that feels authentic to them and their religion, or lack thereof.

Something older. Something tangible.

Those who like to say “axial tilt is the reason for the season” are telling the truth. The Earth’s axis is offset from the plane of its orbit by 23.5 degrees. This axial tilt is why we have seasons, and seasons matter to us. It matters that the days will now start getting longer.

We need no religion or spirituality to recognize that the Winter Solstice is a day worth celebrating. And many people are doing just that.

The spirituality of the Solstice.

But there is a spirituality of the Solstice.

With the Solstice, the advance of the darkness has stopped and the days will be getting longer. That’s important to people with SAD (Seasonal Affective Disorder) not to mention those whose lives are tied up in agriculture (which, in case you’ve forgotten, is all of us).

A few people have “reverse SAD” – they feel better in the darker months and worse when there’s more sun. I may be one of them, though it’s hard to say living this far south where the variation in daylight between Winter and Summer is relatively small.

Even though I feel a twinge of regret that the days will start getting longer, and even though the coldest days of Winter are still ahead of us, there’s something encouraging in recognizing that Spring is coming. We often use darkness as a metaphor for times that are difficult and painful. But the Winter Solstice is a reminder that long nights don’t last forever, and neither do difficult times.

Whatever else the Winter Solstice may teach, it teaches us hope and persistence.

And you don’t have to be a Pagan to see and feel that.

I said the Winter Solstice may be humanity’s oldest holy day. We have no way of knowing what sacred events or seasons may have been celebrated by people who left no records of their observances. But it is certain the Solstice was celebrated long before Christmas or Hanukkah or any of the other festivals or rites more commonly associated with this time of year.

The religious instinct that inspired the builders of Stonehenge and Newgrange is still present today. It calls us to observe and celebrate the Winter Solstice, to ground ourselves in Nature, and to live in harmony with the seasons.

Whatever holidays or holy days you celebrate in this season of wonder, may your Solstice be warm and bright. 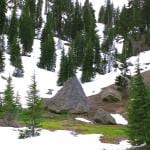 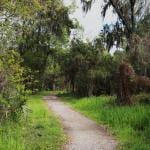 December 17, 2019 Paganism in the 2020s – What to Expect in the Next Decade
Recent Comments
0 | Leave a Comment
"Actually real seagulls are running away from the sea and moving inland. Strange. Me I'm ..."
I. H. Hagar Why Do So Many of Us ..."
"They grow by missionary work. We don't, but that doesn't invalidate them. Choosing my words ..."
Brianna LaPoint When Fundamentalists Complain About “Pagans”
"I really like this article. I would love to see more diversity in America and ..."
Brianna LaPoint When Fundamentalists Complain About “Pagans”
"When Christians use the term UnChristian or Anti christian i give the a lecture about ..."
Brianna LaPoint When Fundamentalists Complain About “Pagans”
Browse Our Archives
get the latest from
John Beckett
Sign up for our newsletter
POPULAR AT PATHEOS Pagan
1