Never Annoy a Writer – The Chilling Adventures of Sabrina Part 3

An old adage warns us to never annoy a writer. If you do, they may write you into their next book and then kill you, or make you the bad guy, or both. A possibly-true story says that when Michelangelo was painting the ceiling of the Sistine Chapel he left the face of Judas blank until the very end. Whenever the Pope complained about schedule delays or cost overruns, Michelangelo reminded him that he hadn’t yet chosen a model for the betrayer of Christ. Annoy artists at your peril.

Fellow Pagans, we have annoyed the writers of The Chilling Adventures of Sabrina.

Perhaps it was our support for The Satanic Temple in their copyright infringement lawsuit over the statue of Baphomet. More likely it was the way many of us – myself included – complained about the witches of Sabrina being Satanists instead of Pagans. The writers were working from the comic book, which was even darker and more Satanic than the show – they really didn’t have much choice.

Or perhaps I’m overstating our influence. Maybe this is just what popped into the writers’ heads as they were trying to figure out how to structure the 8-episode season that dropped on Netflix last Friday. But one of the writers did an interview with Mat Auryn after Part 1 came out, and he seemed rather annoyed with our complaints: “it’s exhausting to explain context and irony to adults who should know better.”

In any case, Pagans are the bad guys – or rather, some of the bad guys – this season. So I did what I always do when fiction doesn’t line up with reality as I see it – I set it aside and tried to enjoy the show for what it is. Which I mostly did.

What follows are my thoughts on the third season of The Chilling Adventures of Sabrina. It contains serious spoilers – read on at your own risk.

What I liked about this season

This season started fast and kept moving – I never found myself wishing an episode would be over. As much as I loved the first season, there were times when it dragged, or got off onto too many side plots. Season 3 was never dull.

My favorite thing about this season was Prudence. She’s grown from a stereotypical high school mean girl in Season 1 to a capable and mature – but still passionate – young woman. They also gave her the best costumes – she can kick your ass and look good doing it.

Prudence and Ambrose make a hot couple. Unfortunately, they were the only hot couple on the show. Given that the other couples are tied up in teenage angst and insecurity I suppose that’s appropriate. They could have done more with the adult characters, although the scene near the end with Zelda and Mambo Marie indicates they may in Season 4.

Speaking of Mambo Marie, I don’t know enough about Voodoo to judge how well it was portrayed. But it looked better than the typical Hollywood treatment… not that that’s saying much.

I liked the way Ambrose had the answers or found the answers… the first two or three times. After that, it started to seem like he was Giles from Buffy and not a witch and a Spellman in his own right.

Sorry to see Dorcas die, but they never really developed her character. Maybe this will let them develop Agatha in more depth… though at the moment she appears to be nothing more than Blackwood’s mindless minion.

Season 1 had me in tears on three occasions. Two were musical manipulations (“Atomic” and “Strange Magic”) but the main one was the exorcism. I thought I was going to skip that this time, until the final episode with Zelda praying to Hecate in the graveyard. For me, that was the most emotional scene of the season. I’ll give Miranda Otto a lot of the credit – she knows how to pray!

This isn’t the first time I’ve seen Pagans written as the bad guys. Back when I was reading a lot of urban fantasy I came across one author (Jocelynn Drake, if I’m remembering correctly) who wrote Wiccans and/or Pagans as somewhat-magical people whose naïve worship of Nature was going to get them killed. There are still those who believe we should tame and dominate Nature, instead of living as a part of Nature.

In this Rolling Stone interview, Kiernan Shipka (who plays Sabrina) says they have “practicing witches on set” to help with authenticity. Of course, these days “witch” can mean anything from a Wiccan high priestess to generic magic users to backyard gardeners with a fondness for black clothes. Some witches don’t describe themselves as Pagans and consider their witchcraft to be entirely non-religious. In any case, I’m guessing that’s where they got the Maiden-Mother-Crone archetype… although MMC is a 20th century invention.

The Greendale coven is now the Order of Hecate. I like that. Hecate is a Goddess of Witches, and She is a Triple Goddess, though not as Maiden-Mother-Crone. I don’t like that the witches’ power is neither their own nor natural power they harness. It came from Lucifer, and for a moment from the Moon, and now from Hecate. Sabrina still has connections to Lucifer’s power – is any of that really hers? I hope so.

Timeline problems and the two Sabrinas

The most unrealistic thing in the whole series is the workload Sabrina was carrying. A student in two schools, a cheerleader in one, the Queen of Hell, going off on quests, and responding to all the crises? At the least, the Ravenettes would have kicked Sabrina (and Roz) out for missing too many practices.

At some point you have to make choices, and from the very beginning with her reservations about signing the Book of the Beast, Sabrina has tried to choose “all of the above.”

I generally hate stories that mess with time. They’re overly complicated, hard to follow, and they’re frequently lazy writing. But this seems to be a necessary plot device to create two Sabrinas: one in high school and one in Hell (you mean there’s a difference?!).

Splitting yourself in two never works for long, and my first thought was that in Season 4 Sabrina would finally have to start making real choices, leading to a reunion of the two. But this interview with the lead showrunner suggests that we’re going to keep the events in Hell and the events in high school separate, at least for a while.

Sabrina has always incorporated elements from classic horror books, movies, and shows. Here’s what I picked up this season – I’m sure there’s a lot more I missed.

Hilda turning into a spider and begging Zelda to shoot her calls back to The Fly (original 1958, remake 1986).

The Green Man was an obvious take on The Wicker Man (1973), including Miss Wardwell’s appeals to the Christian God. So were the animal masks the Pagans wore.

Judas Iscariot as the father of Dracula is very similar to Judas as Dracula in Dracula 2000.

Between the slicked-back hair, the open-collar white shirt, and his maniacal behavior, in his last scenes Father Blackwood was a dead ringer for Dwight Frye’s Renfield in the Bela Lugosi version of Dracula (1931).

The Pagans drew heavily from classical mythology and movies based on it, such as The Gorgon (1964) and Clash of the Titans (original 1981, remake 2010).

Part 4 of The Chilling Adventures of Sabrina is in production now. There is no release date yet, but October would be a logical guess. There’s also no word on whether there will be anything beyond Part 4.

Part 3 ended with two strong images. In this realm, Father Blackwood released the “eldritch terrors.” This, along with his rants at Loch Ness, suggest that Season 4 will take a rather Lovecraftian turn.

In Hell, we ended with Sabrina being dressed like Queen Elizabeth (the first, not the current) and Lilith pregnant with Lucifer’s child – a boy child. Expect more maneuvering for the throne.

So what do we do with all this?

Sometimes Sabrina does a really good job of portraying witch lore and folklore, while other times it takes its own novel approach. At the end of the day, it’s a TV show. It’s entertainment, not a documentary.

I find it entertaining, mostly. When it explores themes of freedom, power, and control it has me riveted to the screen. When it does teenage romance and the monster of the week, much less so.

And occasionally it teaches valuable lessons, like the importance of good families… and the dangers of annoying writers.

January 28, 2020
Fear Not, then Imagine a Better World
Next Post 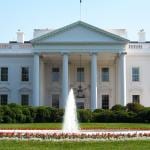 February 2, 2020 This Is The Primary: Vote With Your Heart
Recent Comments
0 | Leave a Comment
Browse Our Archives
get the latest from
John Beckett
Sign up for our newsletter
POPULAR AT PATHEOS Pagan
1