When You Really Are Born This Way

The Pagan community talks far too much about what we’re born with. Last year I wrote 187 Signs You’re Trying To Avoid Doing Your Own Spiritual Work, where I ranted about people who look for “signs” they were born with some hidden identity that makes them special, so they don’t have to do the hard work of developing an authentic spirituality.

Doing your own spiritual work is an absolute necessity for everyone.

Religion has nothing to do with DNA.

Spirituality is about practice.

And yet, some of us are born different. 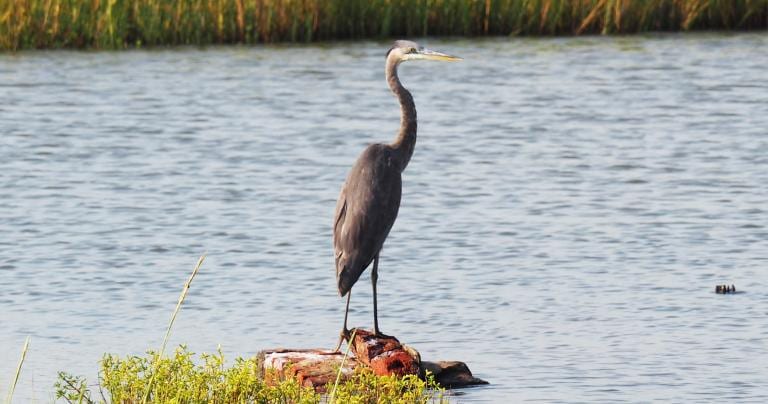 Some people have exceptional magical talents

But you will never sprint or run marathons at an Olympic level unless you were born with the necessary physiological traits. Those who are born with the traits to be an elite sprinter cannot become an elite distance runner, and vice versa.

The same is true with magic. While almost everyone can do magic, it comes easier to some than to others. As best I can tell, I have average magical talent. I’ve had some good success with it because I’ve worked and practiced for a long time.

Some people are the magical equivalent of that kid nobody could catch on the playground. They can do with ease what takes me a lot of hard work, and when they work hard they can do things I simply can’t do.

A few can work wonders. A few have an in-born connection to the spirit world that they can’t turn off. They can see, hear, and know things most of us can’t.

This isn’t necessarily a good thing.

If you want to start a fight on the Pagan internet, bring up the topic of shamans and shamanism. I made my position clear in this post: “shamanism” isn’t a religion and the vast majority of white people who call themselves shamans are lying to themselves, because they don’t do what authentic shamans do.

Even when you expand the definition of “shaman” beyond its Tungusic Siberian origins to mean “spirit worker in an indigenous tradition” (which is problematic), you’re left with an unavoidable fact: becoming a shaman is difficult, painful, and traumatic.

Shamans aren’t people who take a weekend course in drumming and meditation. They’re people born with unusual traits and skills. In some cultures, they’re people who die – physically, not symbolically – and then come back. They’re dismembered and reassembled – usually spiritually, but sometimes physically as well.

This almost always renders them incapable of living an ordinary life.

Some of these people exist outside of tribal cultures. The spirits don’t know – or more likely, don’t care – that the lack of a tribal culture means they have no support system. Shamans have difficult and often short lives – these people have it even worse.

I know a handful of these people. None of them call themselves shamans, because they understand the meaning of that term and they know that without a tribe to serve and to support them, they aren’t one.

The Anomalous Thracian was the first to call these people “shaman-class persons.” They’re the people who should be shamans but aren’t, because they don’t have the community support a shaman requires. They do the best they can to deal with their gifts and to put them to good use. They all have difficult lives. You almost certainly aren’t one, and you definitely don’t want to be one.

But some people are. 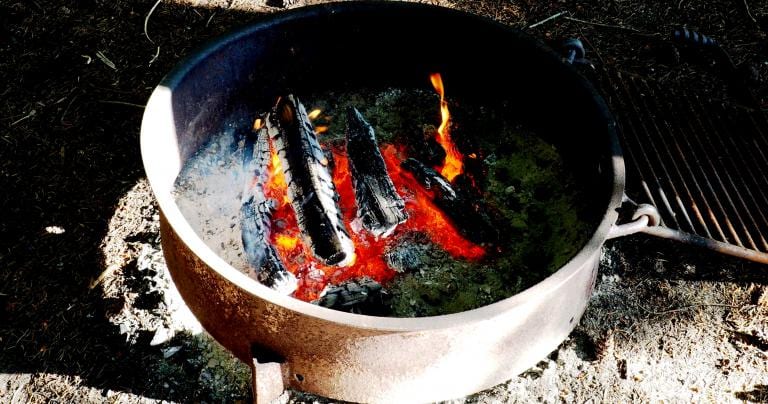 I used to hear this quite a bit – not so much in recent years. But in the past couple weeks I’ve heard it three times – all from people mature and informed enough understand exactly what they’re saying.

Don’t jump to skeptical conclusions here. Remember: if you aren’t entirely of sub-Saharan African descent, you aren’t 100% homo sapiens sapiens. It is entirely possible that some of us carry genetic traits from species other than Neanderthals and Denisovans, traits that occasionally manifest themselves in unexpected but important ways.

It’s also possible the non-human elements these people describe are spiritual in nature, rather than physical. Some of us believe we are spirits who have bodies, not bodies who have spirits – the more I learn the more I’m inclined to agree. The origins of even ordinary spirits are unknown – I can only speculate on what might go into making someone spiritually different in a significant way.

And while I respect the experiences and identities of people who say they aren’t human, it’s entirely possible that they’re at the extreme end of a normal distribution. That makes it feel like their differences are of kind, even though they’re actually of degree.

The dangers of othering

Everybody wants to be “different” – so long as they can take off the difference and go back to being “normal” whenever they want.

Despite significant social progress over the last 65 years or so, we remain a society where people are regularly attacked for their sex, race, religion, language, sexual orientation, gender identity, and any other characteristic that makes them stand out.

Those of us who were labeled “gifted and talented” in school remember the pressure to live up to our “potential.” We struggled to fit in. We remember the attacks from other kids (and adults) who resentfully said “you think you’re better than everybody else!” Most of this didn’t go away when we became adults. It just shifted into something more subtle but every bit as damaging.

Those who are gifted and talented in magical and spiritual ways have the same problem. They mostly hide what they are. It’s incredibly frustrating – and insulting – to see people claiming their titles when those people know nothing of what it costs and how much it hurts to actually live that identity. 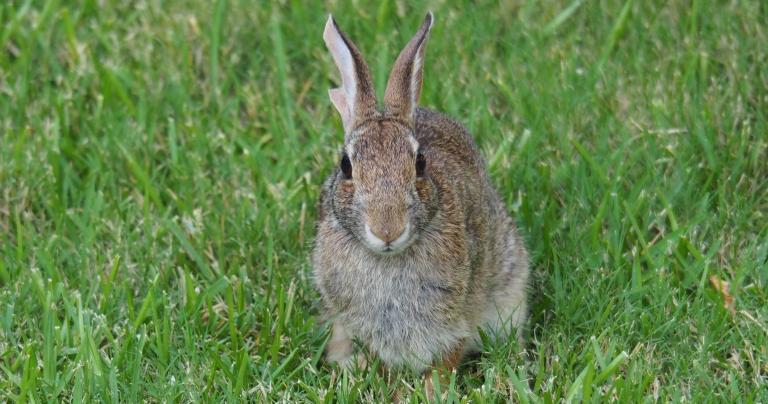 Not everyone who is “born this way” is so dramatically different. I’m convinced I was born with a Pagan orientation.

I still had to accept that orientation and then work to develop it. But I did, and I’m far better off than I was when I was trying to fit into a monotheist paradigm where I didn’t belong, despite the many family connections. I don’t think I’m all that unique in this regard.

Some – perhaps most – of us are born with a vocation: a suitability for a certain role. Our skills, abilities, and desires match up well with a need in our communities.

Orientations and vocations are internal things – they’re part of who and what we are. Calls and claims are external – they come from someone else.

I was called by Cernunnos. As I’ve previously described, He was with me from a very early age. Then when I was ready, He called me to be His priest… in a rather dramatic fashion, as the few people who were there at the time may remember.

I had a choice – I could have said no. That might not have been well-received. Or maybe it would. We will never know – I didn’t want to say no.

Others have said no. Usually that answer is accepted. Sometimes negotiation is required.

At times this is a simple “you will do this for Me.” Other times it’s not unlike what happens to shaman-class persons – dismembering and reassembly. Either way, there is no real choice.

And it does not match the actions of many of our Gods.

It is an honor to be called to serve a specific deity in a specific way. I am thankful I had a choice, and that my “yes” was freely given. But I recognize that not everyone had that choice. 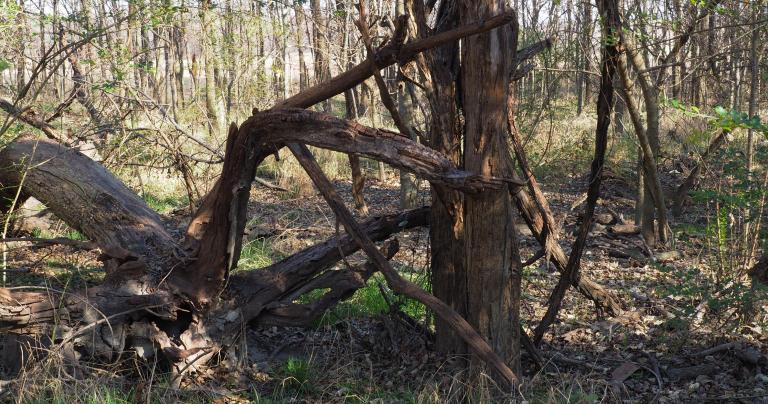 Whatever you are, what matters most is what you do with it

Some people desperately want to be “special” and they grab any identity they can, whether it fits or not, even if taking it is offensive to those who live with its dangers and complications on a daily basis.

Others feel left out, like they’re not a “real polytheist” because they haven’t been picked up and thrown across the room by a God.

What matters most isn’t what you are, it’s what you do with the gifts and talents you have.

It was impossible for me to ever be an elite runner, but I was able to run two marathons. I have average magical talent, but I’ve been able to produce some very nice magical results. I cannot be a shaman, or a shaman-class person, but I’ve had my share of ecstatic experiences. 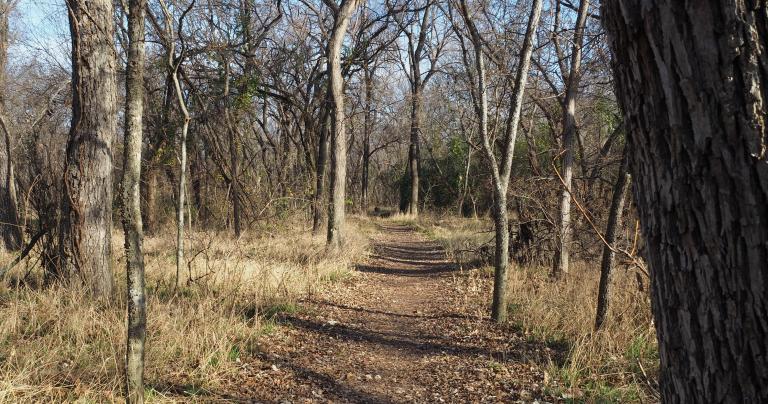 Meanwhile, what makes you a real polytheist is worshipping one or more of the Many Gods.

What makes you a real priest is serving your Gods and your community in a formal, oathed relationship.

What makes you a real witch is practicing witchcraft.

Be thankful you’re able to choose your own path.

And be respectful to those who weren’t.

February 18, 2020
Foreshadowing the Druid – Pagan Signs From My Childhood
Next Post

February 23, 2020 Fairy Propaganda on TV and Learning the True Sight
Recent Comments
0 | Leave a Comment
"In the yard of the house where I grew up grew (thanks to the previous ..."
Pitch313 Building a Relationship with the Nature ..."
"Ironically the USA which lauded itself as having thrown off oppressive monarchy, established democracy and ..."
Michel An American’s Thoughts on the Death ..."
"Vedic theologians say that Hinduism is in fact monotheist. All the deities are simply varying ..."
Michel Worshipping Deities From Different Cultures
"Thank you for the advice, I'll get to work on this right away."
Melanie Badley What To Do When You Think ..."
Browse Our Archives
Related posts from John Beckett