A Pagan Response to the Coronavirus

Whatever emotional doubts I may have had are gone. This is real. (I had no intellectual doubts.)

I do not intend to provide running commentary on COVID-19, the Coronavirus. There’s plenty of that going around. But before I can get back to ordinary blogging, there are some things I need to say. 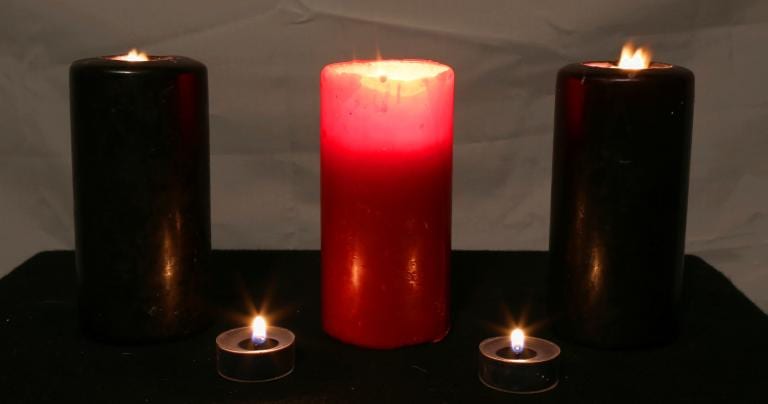 I’m not elderly, but I’ve been paying attention to the world for the past 50 years or so, and I’ve seen a lot. I remember Legionnaires’ Disease, the Swine Flu, and the Ebola outbreak (which wasn’t all that long ago). I’ve never seen anything shut down this much of the world.

My best non-medical-professional guess is that despite being worse than the flu, it’s enough like the flu that eventually it will run its course. I just hope it doesn’t ends up being like the Spanish Flu of 1918, which infected 1/3 of the world’s population and killed 50 million.

One of the reasons that was so bad was that it took place during World War I and nobody wanted to tell the truth about it, for fear of harming the war effort. So it spread far wider than it would have if people had quarantined. 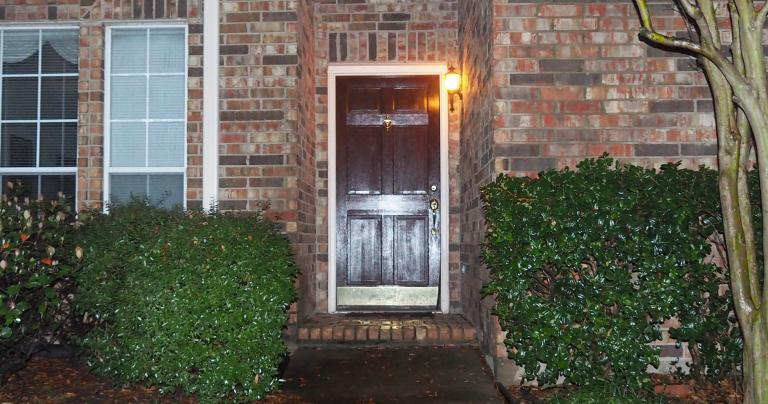 Yes, this is worse than the flu

Read this piece from NBC News. COVID-19 is new (“novel”) so no one has immunity to it. There are no vaccines. Like the flu, there is no cure – doctors can only treat symptoms and wait for the body to kill it off. While the statistics are incomplete (because testing and reporting are incomplete) it appears to have a significantly higher death rate than the flu.

And while this death rate is nothing like, say, the Black Plague (which killed roughly half of Europe’s entire population) it’s still high enough to overwhelm our medical system. That’s the idea behind “flatten the curve” – spread the cases out over a longer period of time so nobody dies because there aren’t enough hospital beds for those who really need them.

No, this is not a conspiracy!

Some people I otherwise respect have said some very foolish – and dangerous – things about COVID-19. It’s not a hoax and it’s not a conspiracy – it’s a pandemic.

The Chinese government is spreading rumors that the U.S. Army started it. Trump calls it “the Chinese virus.”

There’s plenty of history that says governments can and will engage in biological warfare – including on its own citizens. There is no indication that’s what happened here, nor is there any evidence COVID-19 was made in a lab. In the absence of any real evidence, suggesting otherwise is unethical and counterproductive.

Once again we see that some people find it more comforting to believe the world is controlled by an evil cabal of evil people doing evil things than to believe the obvious truth – no one is in control.

A quote often attributed to Rahm Emanuel (but with much older roots) says “never let a crisis go to waste.” I’ve seen people trying to sell hand sanitizer at 100x markup and calling it “market pricing.” There’s another word for that – profiteering. I’m opposed to the death penalty, but I wouldn’t mind bringing it back for this.

Trump’s idea to deal with the economic disruption was a payroll tax holiday. Cutting taxes is the Republican answer to everything, never mind the fact that if you aren’t working because you’re sick or because your business is closed you have no taxes to cut.

Which raises another point…

Millions of people live paycheck to paycheck and if they don’t work they don’t get paid. Want them to stay home when they’re sick so they don’t infect everyone else? Provide sick pay.

You know why so many jobs don’t provide sick pay? Too many people are afraid someone might call in when they aren’t “really” sick. “I’m not going to pay you to stay home because you’re hung over.” They’d rather have 10 people come to work sick than run the risk of paying one person who’s “faking it.” This is Calvinism at its finest.

Go read The Masque of the Red Death

Or watch the 1964 Roger Corman – Vincent Price movie based on it. But the story is quite brief (8 pages in my book) and it’s in the public domain: here’s the text on the Poe Museum website. 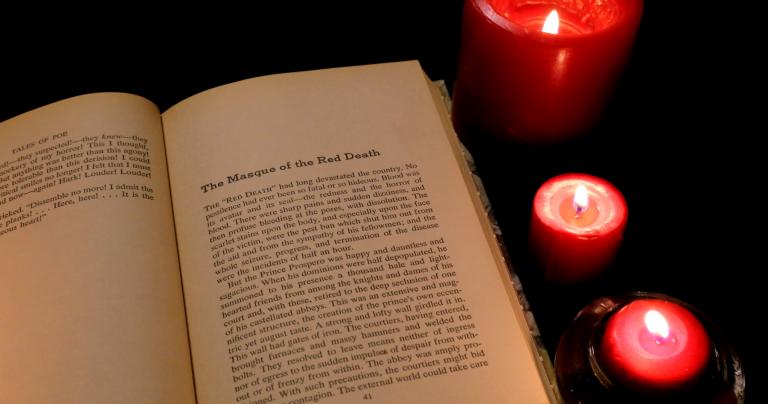 I wrote about this in 2018 in the context of some very rich people making plans to escape the collapse of civilization. But as the Coronavirus shows, money can’t buy immunity to an epidemic.

Universal healthcare isn’t just a justice issue (although it’s certainly that), it’s a survival issue. We will get through this together, or not at all.

Is this part of Tower Time? No… and yes

So far I’ve seen no Pagans assigning supernatural causes to what is clearly a mundane problem, and only a small handful of rightwing Christians making the usual unfounded claims of “God’s punishment” for our wider society starting to treat people like Jesus said to treat them.

I see no reason – no physical evidence and no intuition or UPG – to suggest that this virus or its timing is part of the cycles of magic and the Otherworld that are influencing our world and our lives. But I think it is proper to see this as one of the lightning bolts hitting the tower and bringing it down.

Lightning is an natural phenomena that occurs for its own reasons. When it strikes a building that’s properly grounded, nothing comes of it. When it strikes a tower – or a Tower – that’s poorly built on a weak foundation, it can bring it crashing down.

COVID-19 is exposing the weaknesses in our society. What we do next – individually and collectively – will determine how the story plays out. 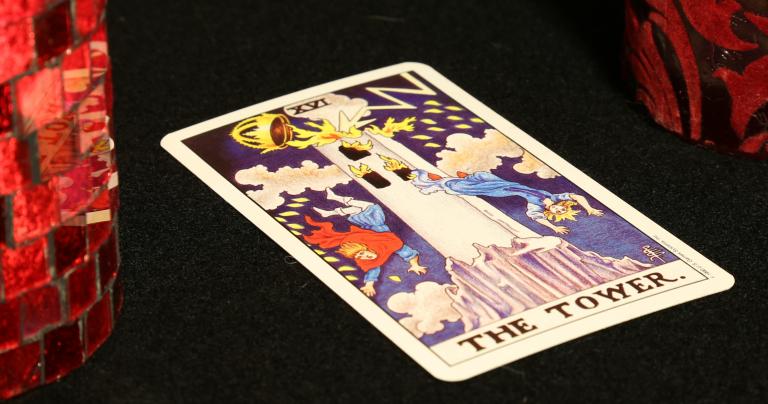 All the basic boring mundane stuff you’ve been hearing for weeks.

Wash your hands – I’ve never washed my hands so much in my life. Avoid large gatherings. Stay home if you’re sick. Get plenty of rest. Eat good food and drink plenty of water.

And for the love of all the Gods, stop hoarding supplies! There is no logistics breakdown and there’s not likely to be one. Buy what you need for now and leave the rest for those who need them now.

Take care of each other. If someone you know is at risk, run errands for them so they don’t have to go out. Patronize businesses likely to be impacted. Call your Representative and Senators and insist they fund all necessary relief efforts.

You have skills others do not

Work your magic. Magic alone won’t keep you safe from the Coronavirus, but magic can give your mundane efforts some extra juice.

Maintain your spiritual practice. Or better yet, take it up a notch. This is a time to focus on your prayers, meditations, devotions, and other practices.

Don’t forget your ancestors. No matter who you are, you’ve got someone in your line who went through an epidemic… and they survived, or you wouldn’t be here. They may have words of wisdom and inspiration for you. Make sure you have something for them in return. One thing you can offer in return is remembering and honoring those who did not survive. Those who made it through surely mourned their passing.

At some point this will be over. Schools, churches, and sports stadiums will reopen. Travel will become ordinary again. Most of us will be unscathed by the virus, if not by its economic side effects. A few will have recovered from it. Some will have passed into the Otherworld.

But things will not go back to normal, because this is Tower Time and normal is an illusion.

I’m going back to regular blogging on Tuesday. 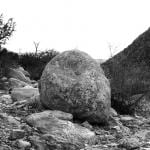 March 12, 2020
When Troubling Times Bring a Crisis of Faith
Next Post 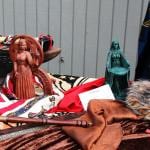