Over on the Patheos Nonreligious (formerly Atheist) channel, Bob Seidensticker has an interesting piece titled Religions Continue to Diverge. What Does that Tell Us? It’s intended to be an argument against exclusivist Christianity, and as such it’s quite good.

But when applied to other religions – especially organic religions like Paganism – it ignores important differences in belief, practice, and emphasis.

Suppose supernatural truths exist, but we could only dimly perceive them … we’d see convergence. As the disparate religious groups compared notes, common supernatural truths would become apparent. Positive feedback would take hold as we matched our tentative consensus against that rudimentary understanding of the Divine.

As Seidensticker points out, we don’t see this. Instead of convergence, we see divergence – many different religions with many different beliefs and practices, and more arising all the time. 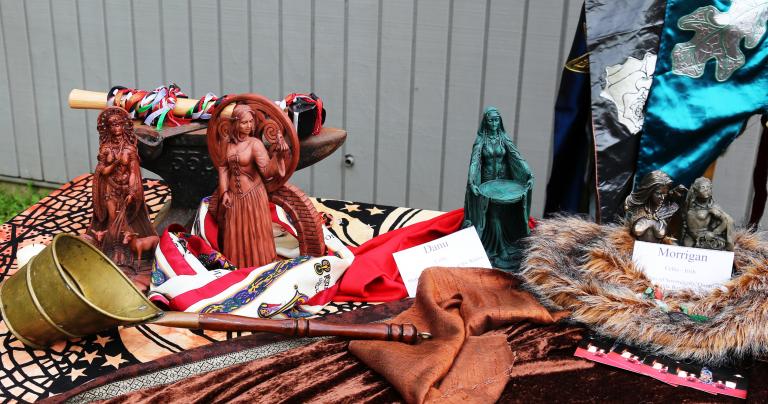 Of course, that was a foundational assumption of virtually all people before the rise of monotheism, and it’s still the assumption of people in areas where Christianity or Islam hasn’t invaded the culture (Judaism is part of the monotheistic tradition, but Judaism doesn’t proselytize – don’t blame Jews for what is largely a Christian and Muslim problem).

I don’t want to attack Seidensticker. He’s doing good work helping people escape fundamentalism. But like so many people in the contemporary West – including too many Pagans – he speaks as though religion is what exclusivist monotheists say it is. It is not. Rather than rebut his post, I want to use it as a jumping off point for discussing the role of the various disciplines that we frequently – and incorrectly – lump together under the category of “religion.”

Science is the search for physical truth

Wikipedia says that science “is a systematic enterprise that builds and organizes knowledge in the form of testable explanations and predictions about the universe.” That’s a pretty good definition. If a physical phenomenon can be tested (which means we must be able to measure it) then science can do a good job of explaining it. Science doesn’t have all the answers, but the answers is has are usually quite reliable.

There are two problems in this realm. The first is when religious people attempt to substitute their beliefs for the results of science and deny established facts. Then you get young earth creationism, intelligent design, and other bad ideas with no basis in reality.

The second problem is when people forget that materialism is an assumption of some scientists and not a finding of science. Some questions can’t be answered with science. And while science can tell us “what” and “how” it can’t tell us what something means.

Science is a powerful tool. But it only deals with one realm of knowledge.

Supernatural truth is a question for metaphysics

The Stanford Encyclopedia of Philosophy begins by saying “It is not easy to say what metaphysics is.” To quote Wikipedia again, “metaphysics is the branch of philosophy that examines the fundamental nature of reality.” I prefer to say that metaphysics is our model of the universe and how it works, especially our foundational assumptions about what is and isn’t possible. It’s what’s beyond physics – beyond the reach of science.

Science cannot prove the existence of Gods and spirits. In a materialist worldview, that means they can’t exist. In an animist worldview, we see the evidence of spirits in the world around us and we experience the presences of spirits, so we include them in our model of how the universe works.

What our mainstream society calls “science” and “religion” includes unprovable assumptions about things that are outside the proper boundaries of both science and religion. Our foundational assumptions are necessary, but we need to recognize that they are neither science nor religion but a separate category of their own. 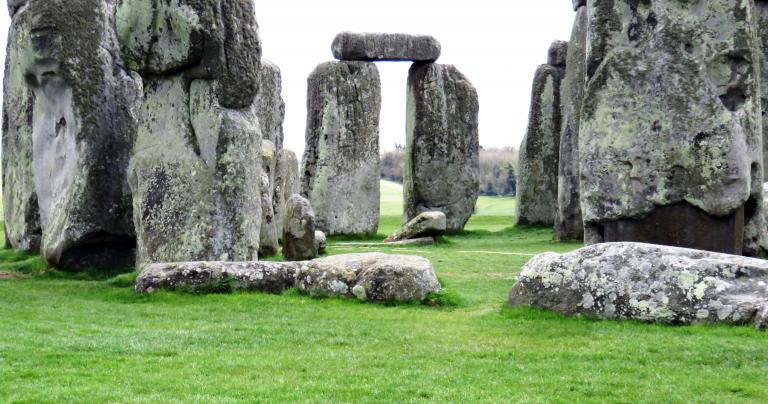 Religion is about relationships

The English word religion comes to us from the Latin religare meaning “to bind together” and from religio meaning “obligation, bond, and reverence.” Religion is about what unites a collection of persons, whether they’re human persons, rabbit persons, tree persons, or spirit persons. The Anomalous Thracian defines religion as “a container for relationships.” I like that definition.

A religion is a set of protocols for forming and maintaining these very important relationships. Who are our Gods, and how do we approach Them? What are the terms of our relationships with each other? What are the customs and traditions that mark and define our group identity? What stories tell us who we are, whose we are, and how we should live?

Certainly, beliefs are one part of any religion. But the idea that religion is primarily about what you believe is a modern, Western, Protestant idea – and not a very useful idea at that. 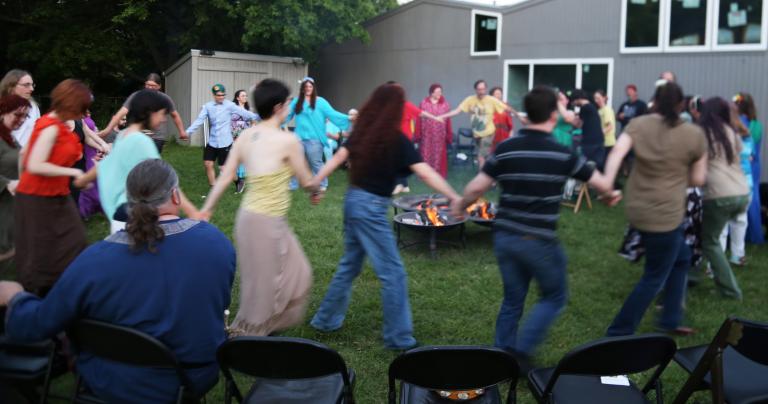 Theology is the study of the Gods

Given that Gods exist, who are They? What is Their nature? What do They want from us? Gods are more than us and knowing Them in Their totality is beyond our capacity as mortal humans. But based on our experiences of them and our relationships with them, we can make some reasonable inferences.

Too many people – Christians, Pagans, and atheists – talk about “theology” when they really mean metaphysics, or in other cases when they mean doctrines or creeds. If you’re not talking about the study of the Gods and the findings of those studies, you’re not doing theology. Using proper terms promotes clear communication.

At this point in the polytheist restoration, our theology is lagging well behind our practice. Which, I suppose, is as it should be. We have to experience the Gods before we can think big thoughts about the Gods. Most of what we have is stand-alone essays – the only systematic theology we have is Neoplatonism, and while there is much to be said for it, it doesn’t always line up well with the experiences of contemporary polytheists.

For our purposes here, what’s important to remember is that theology is one part of religion: not the most important part, and certainly not the only part.

Humanity sees no common truth that pushes religions toward a single consensus view … religion’s fragmentation is bad and getting worse.

If you’re looking at the large world religions, that’s true – and it makes it highly unlikely any one of them has sole possession of any kind of absolute truth.

But when you look at indigenous, organic, and other non-revealed religions, some commonalities start to appear: an animist worldview, ancestor veneration, connections to the land, and of course, polytheism.

You don’t see a drive toward religious consensus and convergence because it isn’t important to the practitioners of these religions. The religions they have are perfectly satisfactory for them. In some cases they’ve been following them for tens of thousands of years. 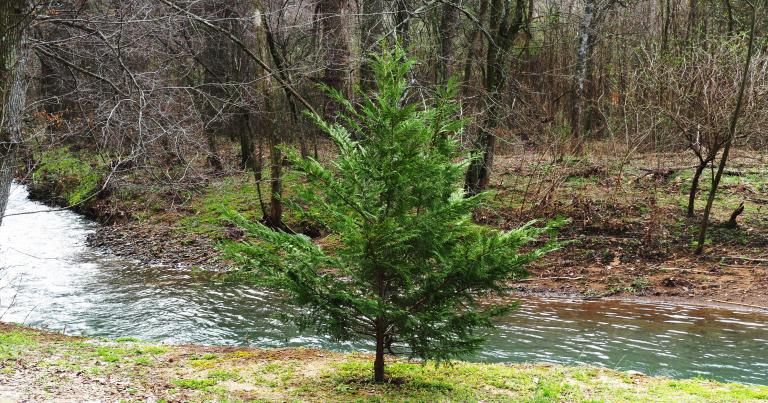 Forget the idea of universal religion

There is an unhelpful trend in much of the Pagan movement (and beyond) to look for religious universals. Some of it is residual monotheism and the idea that there should be One Best Religion for everyone. Some is the unfortunate effects of Joseph Campbell and his idea of “monomyth” which erases the distinctiveness of religions and cultures around the world. Still more is the naïve attempt to eliminate religious conflict by insisting “deep down it’s all the same.”

As Pagans and polytheists, we don’t need universal religion. We search for truth in many realms: in science, in metaphysics, and in philosophy. Our religions are the beliefs and practices that bind us together with each other and with our Gods and spirits. Our diverse Gods make diverse requests and demands of us as diverse people.

It’s not all the same, and if we keep our focus on our Gods and our traditions, it will never all be the same. 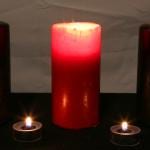 March 15, 2020
A Pagan Response to the Coronavirus
Next Post 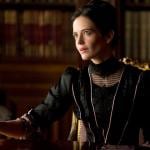 March 19, 2020 I’m Better Than Vanessa Ives – I Hope To Be As Good As Vanessa Ives
Recent Comments
0 | Leave a Comment
"I just got my first dose on the 6th, I took whatever one the state ..."
Nichole Cardillo Vaccines and Seat Belts: Playing the ..."
"Thanks for weighing in on this important matter! I believe everyone should get vaccinated. I ..."
Aelfrey Vaccines and Seat Belts: Playing the ..."
"Canada is way behind. Everyone on social media seems to be getting it, but we're ..."
Samantha Sabovitch Vaccines and Seat Belts: Playing the ..."
"It's a policy that was widely used in Germany in the late 1930's and early ..."
Anne Hatzakis Voter Suppression Bills: Intent Matters, Impact ..."
Browse Our Archives
get the latest from
John Beckett
Sign up for our newsletter
POPULAR AT PATHEOS Pagan
1