My Greatest Magical Successes and What I’ve Learned From Them

We don’t talk enough about our magical successes.

We’re afraid of being ridiculed by a mainstream society that uses the phrase “magical thinking” to describe plans that don’t have enough rigor for them to work. “I can’t just wave a magic wand” is a reminder that results require work (as though magic isn’t work, albeit a different kind of work). And despite the growing popularity of witchcraft, there are still a significant number of people who think magic is inherently evil.

In our own traditions, the fourth step of the Witches’ Pyramid is “to keep silent.” We’re warned that speaking about a spell before it’s done will spoil it – and rightly so.

Even after a spell is finished, we’re often reluctant to attribute our success to magic. Magic rarely works by direct cause and effect: do spell, get result. Most times magic works by improving the odds that something will happen. You’ve got an interview and there’s a 20% chance you’ll be hired. You work a “hire me” spell and that bumps your odds to 80% and you get the job. Was it the magic, or did you just happen to be better than the other candidates? There’s no way to know for sure.

And so we downplay the magic in our minds and we don’t share helpful spells and workings with our Pagan friends. We make it impossible for anyone to learn from our experiences and we make it less likely we’ll work magic again when we need it.

Yes, some things need to be kept secret. I can’t talk about my greatest success with sigil magic because I worked it for someone else. There are some techniques that are not safe for beginners. But those are the exceptions, not the rule.

We need to talk about our magical successes. These are some of mine. 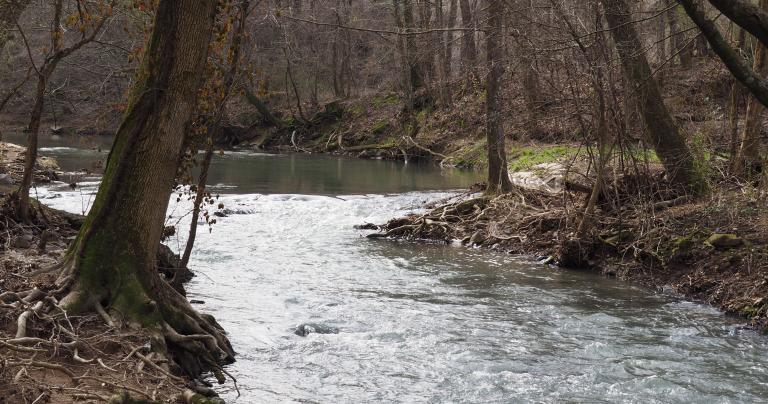 I grew up in a home that was stable and supportive. It had its problems, but so did everyone else’s. I recognized that, but I still wanted out. I wanted to go away to college. My parents made too much money for me to qualify for a need-based scholarship but not enough to afford tuition plus room and board even at a state school. Student loans weren’t nearly as common then as now. I was looking at living at home and going to UT-Chattanooga.

I considered myself a Christian at this point in my life, and I didn’t believe magic existed. But as I now say, magic doesn’t work by belief – it works by actions.

I intuitively began to visualize going away to college: living away from home in a dorm or an apartment while going to classes and doing all the usual college stuff. It began as daydreaming, but it got more intense – especially when I was a junior in high school and started getting recruiting materials from colleges. Now I could see myself walking on actual campuses.

There was passion behind those visualizations, so there was power in them.

I went through the application process at several schools. During my senior year in high school I got an invitation to apply for an Engineering Development Foundation scholarship at Tennessee Tech. I applied and was invited to take an all-day test which would determine the scholarship winners.

This is still the greatest magical success of my life. 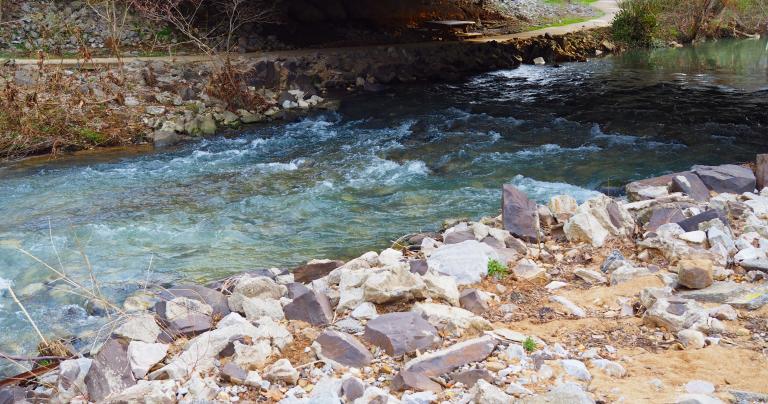 Being a good student who tested well was a good thing, but it came with a downside. As I discussed in When You Really Are Born This Way, it brought lots of pressure and it brought attacks from children and adults who resentfully said “you think you’re better than everybody else!” Throw in living on a farm (a small farm, but a farm just the same) in a mostly-suburban school and I felt like being different was the cause of a lot of problems.

Be careful what you wish for – you just might get it. While idle words are not curses, words plus desire is magic. In this case I got what I wished for, but many years later, and in a way I did not want.

I had a strong visualization of completing college. I had nothing after that. The career that followed the college degree didn’t inspire me, and I was slowly devolving into mediocrity and misery.

Fortunately, I discovered magic a few years before I hit bottom. And when I did, I wrote a spell to “break the curse of being average.” Last year I adapted that spell for A Ritual to Remove Curses We Place On Ourselves, which is now the 3rd most popular post of all time on this blog.

The curse breaking ritual worked. But I had a long way to go to get to where I really wanted to be. 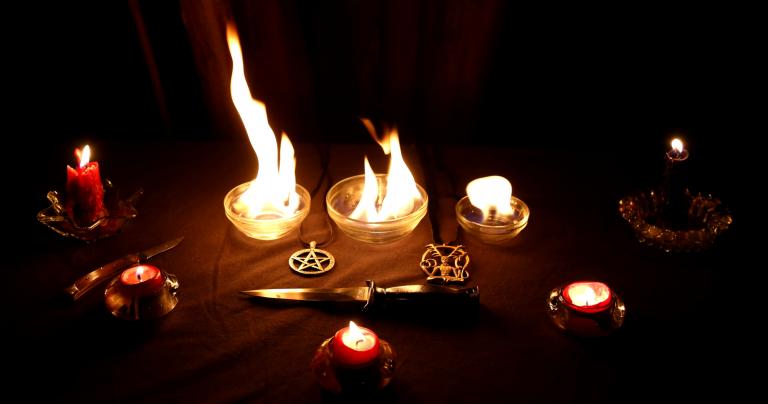 I was living in South Bend, Indiana and working my job from hell: long hours, lots of stress, and working with some genuinely bad people. I was actively trying to get out, but finding something better was turning out to be difficult. I was working magic for it – mainly visualizations, but also some spells adapted from books.

The only thing worse than a bad job is no job (which is a systemic problem of our socio-economic system, but that’s another rant for another time). I came into work on a Monday morning and my boss told me I would be laid off that Friday, with no severance. The company wasn’t doing well and everyone knew I was looking – I was expendable.

Never tell anyone you’re looking for a new job until you’re ready to hand in your notice. I knew that and I did it anyway and things got ugly.

The weekend before I had made a spontaneous trip back to Chattanooga to get away and visit family. Me, make a spontaneous 11-hour road trip? That may be the most magical thing in this whole sequence. And before I left on Sunday I picked up a copy of the Atlanta Journal-Constitution. In the days before LinkedIn, Glassdoor, and Monster, Sunday classified ads were the best way to find a job lead.

This was a magical newspaper. I found five ads that looked promising and sent off resumes. I got responses from four, interviews from three, and offers from two. In the meantime, I managed to convince my boss and his boss that there was no way I could document everything I was doing and train my replacement in a week. I managed to hang on for another month until I got the offer I wanted.

I got a good job in Atlanta, exactly where I wanted to be. It lasted four years, and when it went away I found a better job with the same company in Dallas, where I still am today.

I did all the right mundane things – magic alone wouldn’t have saved me. But I had very little margin for error. Consistent magical workings gave my job search the boost it needed to come through in time.

I talked about this in Living With Thoughts of Suicide – A Personal Story. While things got better as I got older and my life improved, occasional thoughts remained that ending it all would be easier than dealing with the stress of the day. And so I followed Gordon White’s recommendation and performed the Headless Rite.

This is one of the spells from the PGM – the Greek Magical Papyri. Aleister Crowley called it the “Bornless Rite” but this is a mistranslation. Gordon says this is a spell to “get their attention” and to “claim your place at the table.” It does exactly that.

Crowley’s version of the Headless Rite has a clear Christian context. I re-Paganized it. That took some work – it’s not just a matter of putting an “s” where every you see “God.”

No, I won’t share my script. I pulled from several different sources and there would be copyright issues if I published it as my own work. I talked about my methods in this post from last year.

The ritual worked. My life isn’t perfect and I still have bad days. I can still get overloaded and end up fighting a panic attack. But the days of regular thoughts of suicide are gone. 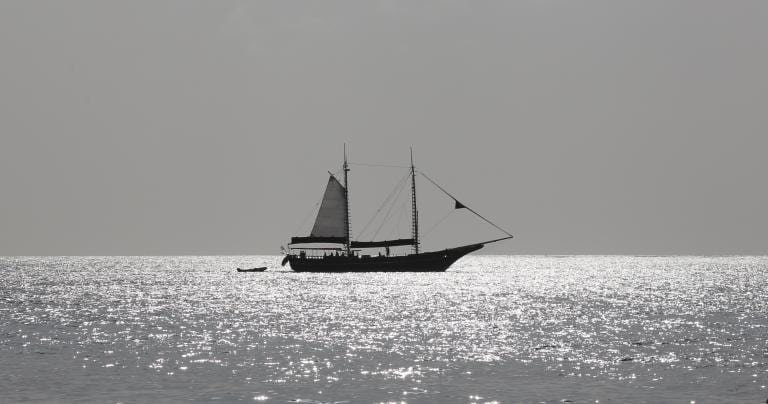 What have I learned from these successes?

What they all have in common is a deep need for significant change. Need alone isn’t enough. Desire isn’t enough. But desire and will and the proper technique? That’s more than enough.

But I can see the hand of Cernunnos in all four of these workings, especially the first one. I know the Morrigan had a hand in the Headless Rite (“I hold your death – you don’t get to die till I decide you do”). There may be others I’m not aware of. The important thing is that divine grace is not only a Christian concept.

There have been other, smaller successes. And there have been failures, including a couple of times when I was in tears because my magic couldn’t produce the results I wanted. Even when done well, magic only improves the odds – it rarely guarantees success.

These stories are deeply personal. I’ve told bits and pieces of them in the past, but never quite like this. But the more we share the stories of our magical successes, the more we’re reminded that magic is real and the more likely we are to work magic again in the future.

Let’s tell our magical success stories. These are mine.

February 27, 2020
Our Gods Are Not Jealous Gods: The Importance of Building a Pagan Worldview
Next Post 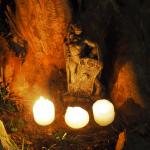 March 3, 2020 Dreaming of Being Invulnerable to Religious Attacks
Recent Comments
0 | Leave a Comment
"I like this analogy. We need to develop the MENTAL SKILL of skill-building, which skill ..."
Laurie You’re Just Making It Up As ..."
"Really... Interresting. I write a book with a friend (a fantasy/science fiction novel) and there ..."
Céline Aubé To Everyone Who Was Called by ..."
"Far right extremism is on the upswing worldwide. I was unfortunate enough to meet a ..."
Laurie The Dobbs Leak: A Litany of ..."
"Here is the only thing I could find. Perhaps you already found this page, too, ..."
Laurie The Dobbs Leak: A Litany of ..."
Browse Our Archives
Related posts from John Beckett