We Cannot Nail the Gods to a Calendar

What do you do when a deity to whom you are oathed “requests” to be the focus of your next major public ritual, but They have no connections to that high day in lore or through function? 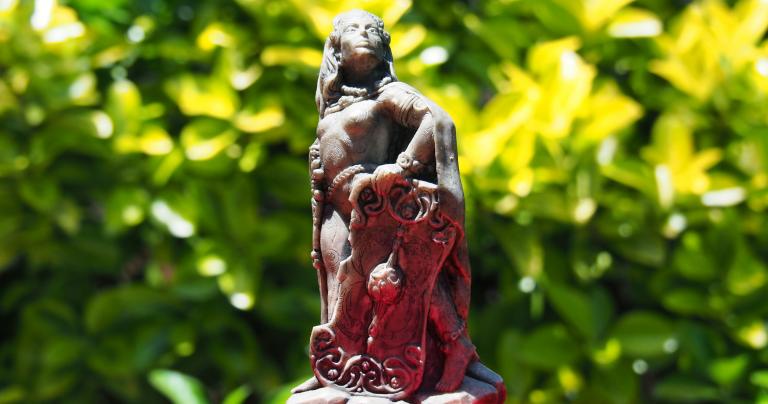 In addition to writing a Summer Solstice ritual with the Morrigan at the center, this exchange has me thinking about the Wheel of the Year and its strengths and weaknesses.

As we begin, it’s important to understand that I’m writing as a modern Pagan polytheist to others in the general Pagan community. If you’re part of a reconstructionist or living tradition that has its own liturgical calendar, I’m not talking to you. If you’re quite happy with the Wheel of the Year and its agricultural metaphors, I’m not talking to you. Both of those groups already have an answer to this question and they don’t need my help. If that’s you, I welcome your expertise and your suggestions (seriously – I’d love to hear them) but if you start to comment with either “not all Pagans” or “this is the only way to do it” – don’t.

The purpose of a liturgical calendar is to maintain traditions and to make things simple: you always know which holy days to observe, which great events to commemorate, and which Gods, ancestors, and other spirits to honor on which days.

I found one source that lists 81 festivals for the ancient Greeks and 165 for the ancient Egyptians. I’ve seen other sources that say both cultures had observances and commemorations on virtually every day of the year. The exact number isn’t relevant here. What’s important for this blog post is that there were a lot more than eight.

The solstices and equinoxes are as old as the Earth herself. The four fire festivals of Imbolc, Beltane, Lughnasadh, and Samhain originated with the Celts, meaning they’re at least 2500 years old. But the modern Pagan eightfold Wheel of the Year is a 20th century invention. Legend says that Wicca founder Gerald Gardner wanted to celebrate the four solar holidays, while OBOD founder Ross Nichols wanted to celebrate the four fire festivals. When they discussed the matter at their naturist (i.e. – nudist) retreat, they decided to do both. That story is probably more apocryphal than historical, but it emphasizes the modern blended nature of the Wheel of the Year.

However it originated, it’s worked well for Wiccans, Druids, and Pagans of many sorts. It’s become so ubiquitous that new Pagans are often surprised to learn that some traditions have their own very different set of holidays and holy days. 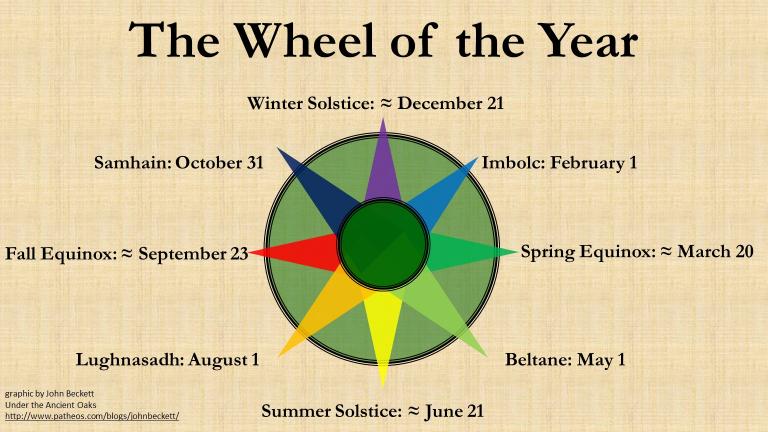 The Wheel of the Year and me

The Wheel of the Year was one of the first things I learned when I started exploring Paganism. I was taught that Imbolc, Ostara, and Beltane were the fertility festivals, Summer Solstice was the turning of the year from increase to decrease, Lughnasadh, Mabon, and Samhain were the harvest festivals, and Winter Solstice was the rebirth of the sun and the turning back to increase. It made sense.

For a while, anyway. It wasn’t long before I started hearing people ask “what does an agricultural cycle from Northwest Europe have to do with people in suburban North America?” People in the Southern Hemisphere flip the Wheel 180 degrees. That’s clearly correct for the solstices and equinoxes, but I always wondered if the fire festivals shouldn’t be kept on their original dates. Like many, I tried to adapt the Wheel for where I live, but that never really went anywhere.

And then there’s the whole question of how we relate to the Wheel of the Year in an era of climate change.

As my practice shifted from generic Nature worship to polytheism, things got complicated – especially in an eclectic Pagan group where there aren’t enough high days to go around. For 15 years Denton CUUPS honored the Gods of Egypt on the Summer Solstice. For five years we celebrated the Fall Equinox in a Norse tradition. Last year we switched them. 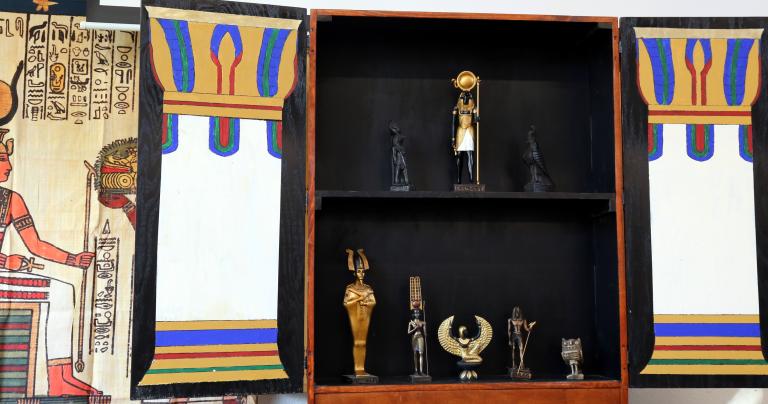 Is it Lughnasadh if you don’t honor Lugh? I don’t think so, even if you hold the ritual on August 1.

The wider Pagan community has been discussing this for years. But my difficulties with the Wheel of the Year are growing. I’m not sure how to proceed, but as I contemplate the task in front of me and what it means in a wider sense, there are a few things I’m sure are true.

It’s good to observe the seasons and cycles of Nature

For all that my practice is focused on Cernunnos, Danu, the Morrigan, and several others, I remain a Nature-centered Pagan. My practice is grounded not just in the land, but in the sun and the moon and the stars, in the wind and rain, and in the ever-changing seasons. It is good – and for me, necessary – to mark the longest day, the shortest day, and the days of equal day and night. In Texas, celebrating Samhain as Summer’s End is very appropriate – it’s about the earliest you can be sure the oppressive heat is gone for good (record high for October 31 at DFW: 89°F / 32°C).

Observing and celebrating the Wheel of the Year reminds us that we’re a part of Nature. We need to keep that one way or another.

Connections to the mainstream calendar are important

I’ve been leading and participating in public rituals for 17 years. Over that time I’ve seen that people who are curious about Paganism are going to turn out for Samhain. We get more Pagan-adjacent and non-Pagan people at the Winter Solstice than at any other time.

Last year I did Ranking the Eight Pagan Sabbats – the Story in the Numbers. The story is that connections matter. People come to Samhain because they know Halloween. They come to Winter Solstice because they know Christmas. They know Groundhog Day (Imbolc) and May Day (Beltane) to a lesser extent – they don’t know Lughnasadh or the Fall Equinox much at all.

Even if we wanted to do away with the Wheel of the Year, we’re pretty much stuck with it.

(Every time I write something like this I get comments saying “this is why I want Paganism to be small / private / occult / etc.” If that’s your calling, so be it. My calling is to do Paganism in public, and to be here for people who are trying to find it even if they’re not sure exactly what they’re looking for.)

Our Gods and ancestors deserve their own holy days

While there’s something that feels right about meeting for ritual every six to seven weeks, eight high days simply isn’t enough for a religious tradition that honors multiple deities and other spiritual persons.

I addressed this issue in 2018 in a post titled Building Your Own Liturgical Calendar, where I said:

Resist the urge to cram everyone onto the Wheel of the Year. The Gods deserve Their own days when They’re the center of attention, not just “who we’re going to call this time.”

This is easy to do in solitary practice – I do it in my own practice. It’s harder to do in the wider Pagan world, where people have come to expect exactly eight high days and maybe the occasional full moon. 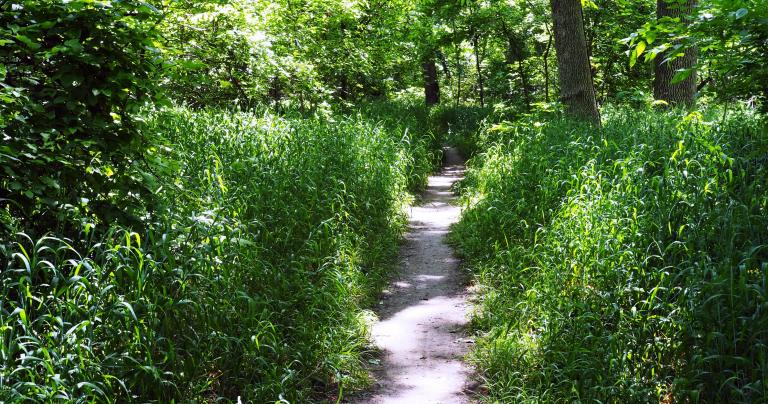 We cannot nail the Gods to a calendar

The many Gods are not relics to be locked away in pretty boxes and brought out for show on special occasions. They are living persons with Their own sovereignty and agency who do Their own things for Their own reasons – at Their own time.

What am I supposed to do, tell the Morrigan “sorry, Summer Solstice isn’t your time. I’ll put you on the schedule for Samhain”?

Sometimes people ask me “how do you serve two Gods at once? Who do you put first?” That’s easy to answer: They both come first. Polytheism – as I practice it, anyway – doesn’t have a lot of room for “either/or.” It’s a lot of “both/and.” This is a both/and situation.

This isn’t the first time something like this has happened. It won’t be the last. I don’t think we can get rid of the Wheel of the Year – I don’t want to get rid of it. And also we need a structure that allows for public devotional and ecstatic rituals whenever there’s a need for them.

Or when we’re told to do them.

I could do two rituals: a traditional Solstice observance and then a devotion to the Morrigan. But then the many people who turned out for the Solstice celebration wouldn’t hear Herself, and I guarantee the attendance at the devotional ritual would be much smaller.

She knows that at least as well as I do.

So my current assignment is to write a ritual that observes the Summer Solstice and that also presents the ideas, concepts, and messages that the Morrigan wants me to present.

I have five weeks to figure it out. 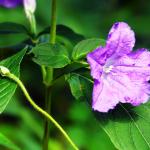 May 12, 2020
Conversations Under the Oaks: Questions and Answers
Next Post 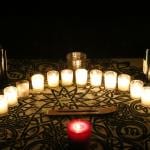 May 17, 2020 How My Paganism Is Changing During the Pandemic
Recent Comments
0 | Leave a Comment
"There are many more Christians "who just want to celebrate the seasons" than the Archbishop, ..."
Diana Sinclair Paganism in a Post-Christian World
""When did I know I was a Witch?" After I studied, was instructed by Coven ..."
Kyllein MacKellerann When Did You Know You Were ..."
"Thank you for this elaborate answer. Between my comment in the other post and today, ..."
narya If You Want To Do It, ..."
"This is a very inspirational post. I like the concept of "do or do not; ..."
Donetta Sifford If You Want To Do It, ..."
Browse Our Archives
Related posts from John Beckett