To The Pagans Who Think I’m Wasting My Time

On Tuesday I opened Facebook to find several people who I otherwise respect expressing dismay that some of us are arguing about the nature of the Gods “while the world burns.”

To say my initial reaction was unpleasant would be a gross understatement.

After taking a breath, I remembered that some of them live in areas impacted by wildfires. And the current situation is impacting all of us in different ways, none of them good. So I’m trying to be patient and understanding.

But I’m still disappointed in these comments. I think my best response is to simply follow the advice I give people who don’t like what I write. Namely, articulate a different perspective.

This post isn’t about why I think they’re wrong. Rather, this post is about why I’m going to keep doing what I’ve been doing all along. 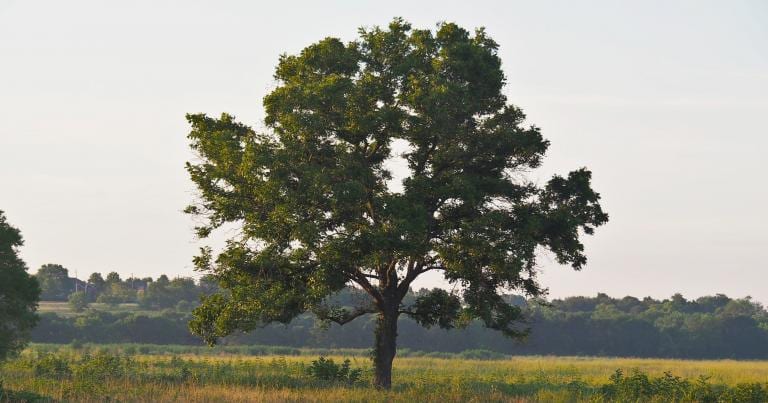 We can care about more than one thing at a time

I work a regular job in the mainstream world. I write, speak, and teach on Paganism. I travel when I can, though obviously that hasn’t been much this year. I play with photography, and I care more about sports than I wish I did. And I have a local family of choice that I love dearly and spend as much time with as I can.

I’m spending more time on political matters than I ever have – and not just on Facebook. This is a critical election and I want to make sure I do everything I can to help remove Donald Trump from office. I’m concerned with issues of justice and I’m doing what I can to help build a better world here and now.

And while I sometimes rant about empty pop culture, I occasionally find myself thinking deeply about certain movies and TV shows.

I do all this, and everyone else does much the same. We can care about more than one thing at a time.

I care deeply about the Gods and other spiritual matters

Is devotion the most important thing in my life? I don’t know – I don’t tend to think in terms of what’s most important. There are some things that simply must be done, and devotion is on that list.

I swore an oath to the Morrigan and it matters deeply that I do the work She sets in front of me. Cernunnos has been a presence in my life since before I knew who He was and honoring that presence is deeply important to me. My first-hand experiences of Them and of other deities are among the strongest and most meaningful experiences in my life.

My Otherworldly experiences changed the way I see the nature of reality, and they changed my life for the better. I stopped worrying that maybe the fundamentalists are right. I stopped trying to find my identity in my paying job. I’m participating in something bigger than myself.

I understand that some Pagans are ambivalent – at most – about the Gods. That’s fine. Paganism isn’t Christianity – believing the “right” thing isn’t what’s most important.

But I couldn’t stop caring about the Gods if I wanted to… and I don’t want to. 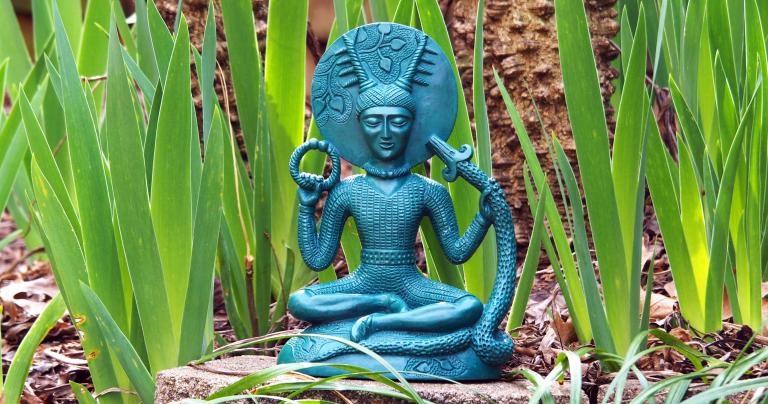 My religion is a public religion

There’s a strong current in the mainstream culture that bleeds over into the Pagan community. It says that religion and spirituality should always be a private, individual thing. Believe what you want, practice how you want, but keep it behind closed doors.

The old saying about never discussing politics or religion isn’t how we keep the peace. It’s how we got ourselves into this situation where no one knows how to express a contrary opinion without turning it into a personal attack, and where no one knows how to hear a contrary opinion without feeling attacked. We need to learn how to have difficult conversations without creating enemies among people who should be friends and allies.

Besides, it’s not like I’m preaching on a street corner with a megaphone. I write on a religious blogging platform. I hold conversations on my own social media feeds, and on the feeds of those who want to discuss religious matters. If you aren’t interested, it’s pretty easy to avoid it.

There are parts of my practice that are not for public consumption. So I completely support the small but significant number of Pagans who want to practice a truly occult religion. But the vast majority of my religion is intended for all who are interested, whether that’s through public rituals, books, classes, or blog and social media posts advocating for Paganism as I see it.

Discourse and debate are how we advance our knowledge

There is a gross misunderstanding of the purpose of religious debate, especially in religions like Paganism that make no inherent claims of exclusivity.

Debate is not about demanding orthodoxy. It’s about comparing our experiences and our interpretations of them. It’s about presenting our ideas and letting others critique them – asking them to find what we’ve overlooked or misinterpreted, so we can refine them and make them better.

Gatekeeping is a real thing. But much of what is called gatekeeping is just people trying to negotiate the boundaries of a tradition. What does it mean to be a Pagan, or Druid, or a witch?

Religious questions are inherently uncertain. But some answers are better than others, while other answers are demonstrably wrong and/or harmful. Our discourse and debate helps us refine our thinking, even if we can never find The Truth.

I was going to blog on this today, but this post pushed it out. Look for more on this topic on Sunday. 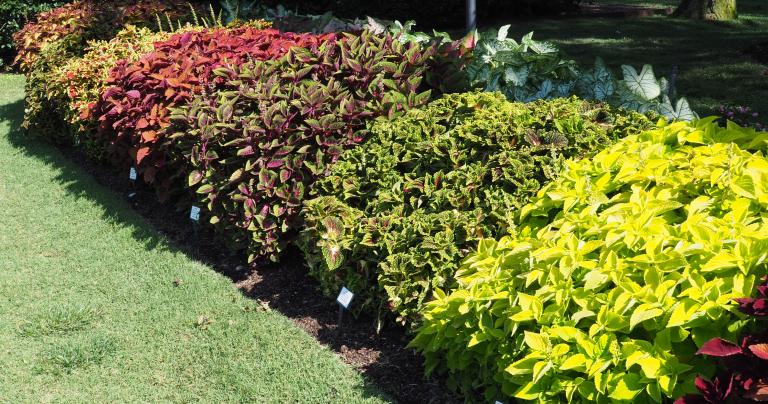 It matters what we believe

We like to draw clear distinctions between Paganism and Christianity, especially Protestant Christianity and their doctrine of sola fide – we say “it doesn’t matter what you believe, it matters what you do.”

Certainly actions matter more than beliefs. But that doesn’t mean beliefs are irrelevant, because our beliefs influence our actions.

But those differences matter and they deserve our respect, not our disdain.

It became clear some years ago that we can’t define the Pagan movement, paganism.html" class=" decorated-link" target="_blank">we can only describe it. But even our descriptions have proven insufficient to help people find the places where they want to gather… and the places they’d rather avoid.

If you find discourse on the nature of the Gods of such little importance you feel OK mocking it, you do not practice the same religion I do. And that’s OK. Paganism wasn’t one thing in ancient times, it’s not one thing now, and it will never be one thing.

I’ve kept my Pagan identity because my religion has roots in the Pagan movement. But this is becoming harder and harder to maintain.

I’ll have more to say on this in a future post, whenever I figure out what I want to say. 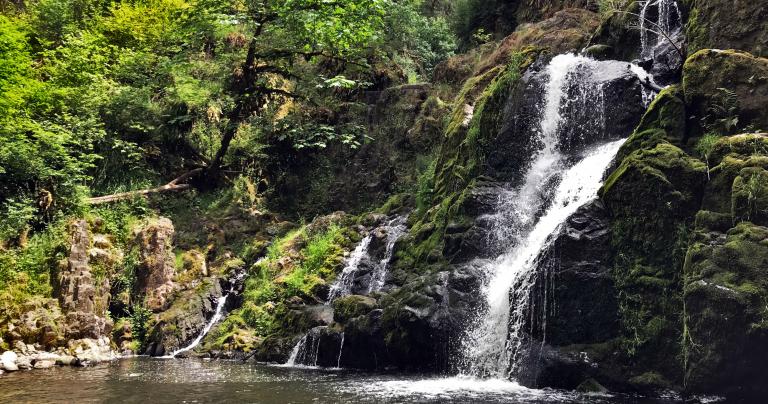 To the Pagans who think spirited conversations about the Gods are a waste of time, this is why I see things differently. If you seriously think I’m wrong, feel free to make your case. I’m always open to new evidence, new experiences, and new ways of thinking.

But until someone convinces me otherwise, I’m going to continue to do what I’ve been doing.

I’m going to continue my daily and weekly devotions, and my more irregular ecstatic devotions. I’m going to theorize on the nature of the Gods and the universe and I’m going to discuss those theories with anyone who cares to converse. These are among the most important practices in my life.

I’m going to keep working magic, thinking about magic, and teaching magic – because I need it. And so do a lot of other people.

I’m going to write on political matters and work to build a better world here and now. This is one of the ways I put my values into action.

I’m going to comment on things I find interesting, using the same platforms and tools I’ve been using, because they work.

And tonight I’m going to watch Kansas City and Houston in the first NFL game of the season, because I enjoy it and I’m not too cool for sportsball.

You, of course, must do as you think best. 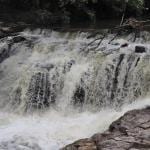 September 8, 2020
Why It’s So Hard To Work Magic Right Now
Next Post 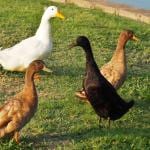 September 13, 2020 Why You Should Care About Theological Debates
Recent Comments
0 | Leave a Comment
Browse Our Archives
Related posts from John Beckett