My most recent call for questions for Conversations Under the Oaks had barely gone up when I got four different requests to write on the topic of troublesome leaders in the Pagan community. I’m going to frame my response with a composite of all of the questions.

What can you do when you find out that one of your teachers or mentors is abusive, racist, TERFish, or has gone off the QAnon deep end? Can we still honor their earlier works or would that be hypocritical?

I’ll begin by saying this is a difficult, painful, complicated issue. If there was an easy answer, four intelligent and experienced Pagans wouldn’t be asking for my opinion. And at the end of the end of the day that’s all I can offer – my opinion, and the reasoning behind it.

This is personal for me. An influential leader I looked up to did terrible things. A one-time mentor is now a conspiracy-spouting Trump supporter. Someone I once considered a wise prophet denied the reality of the Covid pandemic and told people to “go have sex that day” instead of voting in the U.S. Presidential election.

So when these questions come up, I know exactly where they’re coming from, and I know how hard they are to deal with. 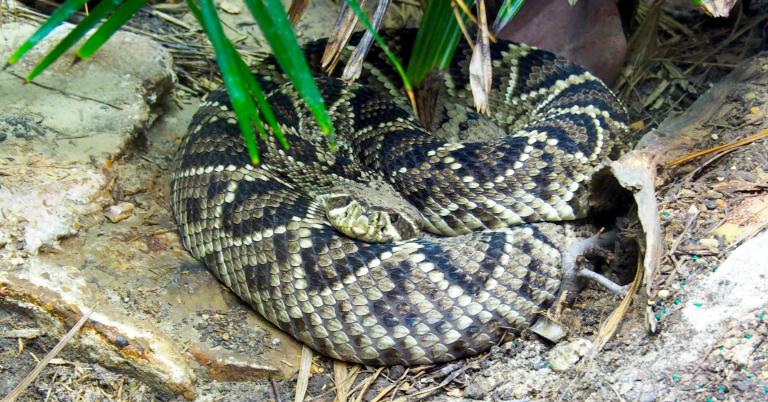 It’s one thing when someone in another tradition, another religion, or another political party does something ethically unacceptable. They don’t directly affect you, so it’s easy to condemn them. In some cases you’re happy to condemn them.

It’s different when it’s your own.

If you didn’t see it coming, you feel betrayed. Or you feel like you missed something you should have caught. If you had hints it was coming, you wonder why you didn’t say or do anything before. You worry about the fallout for groups and traditions you’re a part of – how damaging will this be for them, and for you? In some cases you’ve lost a friend. If you speak up you may lose more friends.

Particularly in the case of sexual misconduct, there are often other victims with far worse injuries than yours. Certainly, they deserve first priority. But that doesn’t mean your suffering and loss isn’t real, because it is.

It’s not only OK to grieve this loss, it’s essential that you do.

But then we have to decide what to do about it.

If someone is being abusive they must be constrained from causing further harm.

In an organization they can be removed from positions of power, suspended, expelled, or all of the above. If criminal acts have taken place, you may need to contact civil authorities. I’m very reluctant to involve the police with anything, but that may be necessary to prevent further harm… and rapists belong in jail.

In other situations, the only recourse is sunlight – make sure everyone knows what they’ve done so they can be avoided, or at least, so they’ll be less likely to be able to scam and abuse the innocent. 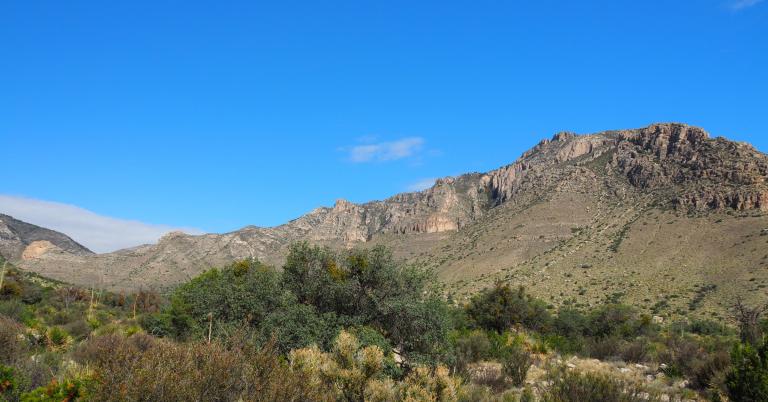 Isolating harmful ideas and the limits of purity

Things get more complicated when the problem isn’t harmful actions but spreading harmful ideas. I’m all for deplatforming Nazis, but I find much of the current efforts around “canceling” and “shunning” to be ultimately unhelpful.

There is a personal element to this. I have no history with the Catholic church. I find it much harder to work with Baptists (on say, disaster relief) because I grew up in the Baptist church and being in that environment is stressful for me. Other people have similar problems with groups and individuals that I don’t.

This is complicated. There is an ethical element, a practical element, and a personal element. There is a fine line between trying to isolate harmful ideas and demanding orthodoxy. Ultimately, you must decide for yourself.

That doesn’t mean any decision is a good decision. I will not work with the Westboro Baptist Church or the Asatru Folk Assembly on anything for any reason. They’re not the only ones on that list.

It means you have to think through each situation and then do what you think is best, with the understanding that people you like and respect may choose a different approach.

Can we separate the message from the messenger?

We don’t want to support people who do bad things, or who promote harmful ideas. That’s simple enough. But what if they wrote some really good books, or made some really good art? What if their work was very helpful to you before all this came to light?

I can’t listen to “Herne the Hunter” anymore. That’s not a won’t it’s a can’t. I have no problem watching Roman Polanski’s movies. What’s the difference? I don’t know.

What can you separate? 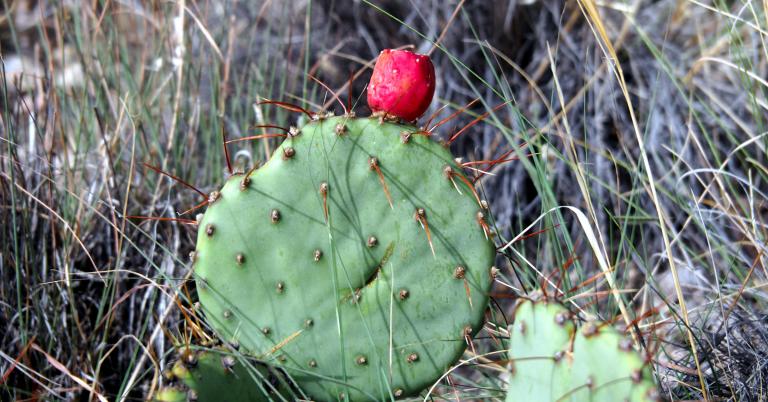 There are books I used to actively promote (because I thought they were that good, not because I got anything for promoting them) that I now will only recommend in private, so I can explain “this book by this author is good – this other book they wrote is not.” Or so I can say “this author is now espousing conspiracy theories – be cautious of following them too far.”

There are other books I’ve recommended in the past I will no longer recommend at all, because as good as the work is, the author has virtually no redeeming qualities. They’re not wrong on one or two issues, they’re wrong pretty much anywhere it matters.

I have no use for purity. That said, the idea that certain works are tainted by their author’s misdeeds has some merit. Did harmful ideas make their way into their works, subtly if not explicitly? “Blood and soil” runs through some otherwise-useful books on Heathenry. That’s reason enough to avoid them. I’m taking another look at some books by authors who have gone in troublesome directions – I think the roots of their descent into conspiracy may have been there all along. If so, I’ll move them from “recommend with reservations” to “do not recommend.”

I will never get rid of their books. I just don’t do that – ever, for any reason.

Traditions can be reformed – sometimes

One of the questions asked how we should “approach a tradition if you find the founder or a person in a key position of long term leadership is seriously problematic.”

I think it’s unhelpful – and possibly unethical – to abandon an organization or tradition when troubling news arises about their founders or leaders. No human organization is without flaws, and groups that are meaningful to their members deserve our sincere effort to cleanse and reform them when necessary.

But that obligation is not unlimited. If other leaders show no interest in removing problematic people, or if the problematic person has a cultish sway over a large portion of the membership, the organization may be beyond saving. We have no obligation to remain in a toxic environment.

The uproar over removing Confederate monuments showed that many people don’t understand the difference between acknowledging historical realities and honoring people who did bad things – and in many cases, honoring them specifically for the bad things they did.

We need not and should not rewrite history (to the extent that our history is factually accurate, which is always a challenge). At the same time, we can acknowledge that certain works and institutions have value and also acknowledge that their founders are problematic.

As I was starting work on this post, I came across this tweet promoting “The Post-Thelemic Manifesto.” It attempts to separate the work began by Aleister Crowley from “slavish servitude to the man Crowley.” I’m not a Thelemite and I know nothing of the organization that issued this manifesto. But on its surface this is exactly what I’m talking about here. To call Crowley “problematic” would be generous – he was racist, misogynistic, and an egomaniac. But what he built continues to be meaningful and helpful to many people. There is no need to abandon that. Simply remove Crowley from his throne and move on with what works. 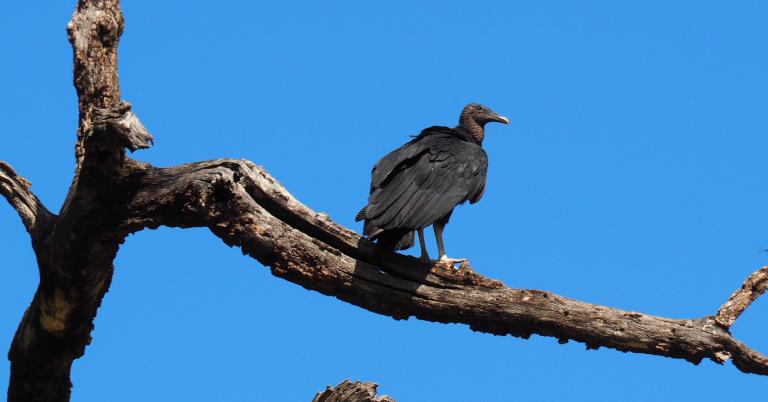 I occasionally run into people who say “if you object to X then you must also object to Y.”

Or, to quote a slightly different source – Ralph Waldo Emerson – “a foolish consistency is the hobgoblin of little minds.” I have no patience with demands for purity, and I find that people who scream “hypocrisy!” usually do so because they’re unable to make a substantive argument against whatever it is they’re ranting about. They ignore the fact that while different cases may have similarities, they also have differences – differences that often demand a different response.

Be faithful to your values. Judge each case on its own merits. Gather the best and most complete information you can. Understand that whatever you do is likely to be painful in one way or another.

So is doing nothing.

Then make the best decision you can, with the realization that other people of good will may look at the same situation and come to a different conclusion.

May the Gods bless you with wisdom for the difficult decisions you and all of us must make. 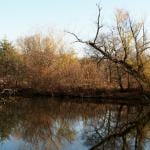 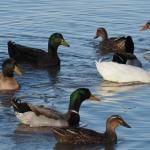 February 7, 2021 Fighting Imposter Syndrome as a Pagan
Recent Comments
0 | Leave a Comment
Browse Our Archives
get the latest from
John Beckett
Sign up for our newsletter
POPULAR AT PATHEOS Pagan
1