One of the homework assignments in the Navigating Tower Time class was to “tell your own story of weirdness.” Most of us have one: a prophetic dream, the overwhelming presence of a God, an occurrence that defies “rational” explanation. We rarely talk about them, because we’re afraid of other people’s reactions: they’ll think we’re crazy, or delusional, or flat out lying about it.

I encourage everyone – but especially participants in this class – to tell their stories. Telling a story keeps it alive. It reminds us that yes, that really did happen, no matter what the skeptics say. But more than that, hearing other people’s stories reminds us that we’re not alone. These things happen to most people. Not all, but most.

The responses I got from the participants were amazing. The individual stories are not mine to share, but I am betraying no confidences by telling you I read about encounters with ghosts, ancestors, and Gods; about synchronicities that are so unlikely they’re impossible to dismiss; and about magical workings that manifested amazing results.

But I also got some more tentative responses. “I’m not sure this is what you’re talking about.” “I’m not sure this counts.” “I’ve never really had any weird experiences”… which would be fine – most of us have these stories, but not everyone. Except that statement was followed by descriptions of some very spiritual, very non-ordinary experiences.

I was intentionally vague with my instructions – I didn’t want to restrict people to talking only about certain kinds of experiences. In retrospect, my instructions may have been too vague. And perhaps, calling it “weirdness” contributed to unrealistic expectations.

But I think there’s more to it than that. 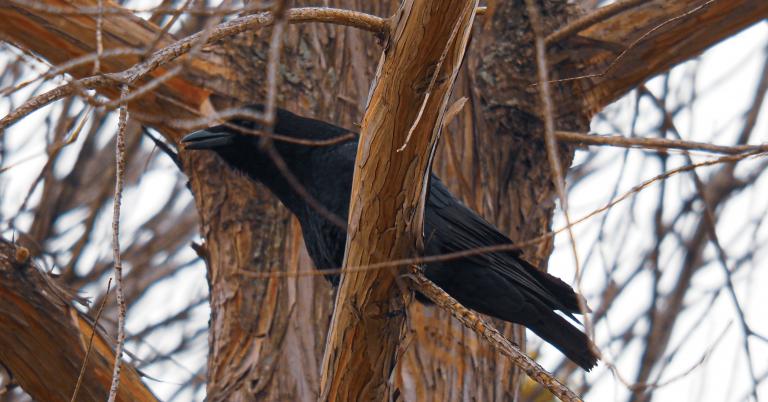 It’s easy to say “well, everybody’s experiences are different.” Except they’re not. The details are of course unique to one person (or sometimes, to one group) and to one time, but spiritual experiences usually have common structures and elements. That’s one of the ways we can spot paganism-and-witchcraft.html" class=" decorated-link" target="_blank">people who aren’t telling the truth. The problem is that most of us don’t know what those common structures and elements are, so we don’t know what to expect.

And our mainstream society has set some very unhelpful expectations.

It’s hard to communicate this in writing. My editor had to push me to include a section on ecstatic practice in Paganism In Depth. I learned this by doing it, with others who were there to help me along, affirm my experiences, tell me what they saw and heard, and help me figure out what the whole thing meant.

But if something mystical happens and you’re by yourself, it’s just as real as if it happens in a circle with your coven or grove.

So I want to talk about setting expectations for our spiritual experiences.

For the purposes of this post, whether I call it a spiritual experience, a religious experience, a magical experience, or a mystical experience, I’m talking about the same thing: something happens that defies ordinary explanation and has a meaningful impact on our lives. There are differences between, say, magic and religion, but there’s enough overlap in the way these experiences happen that we can group them together when talking about setting expectations.

Now, I like magical fiction, even though I know it’s not real. I occasionally find it inspiring. But if you’re a beginner it may be the only reference point you have. Some of us grew up in a religion that, although very different, still affirmed the direct experience of the Divine. Unfortunately, those traditions tend to be politically conservative and religiously repressive. So we look elsewhere for our examples, and fiction is the only other option many of us have.

All we can do is to be aware of this, and when our minds start to go in that direction, remind ourselves that this is fiction. Reality is far less dramatic… and occasionally, far more meaningful. 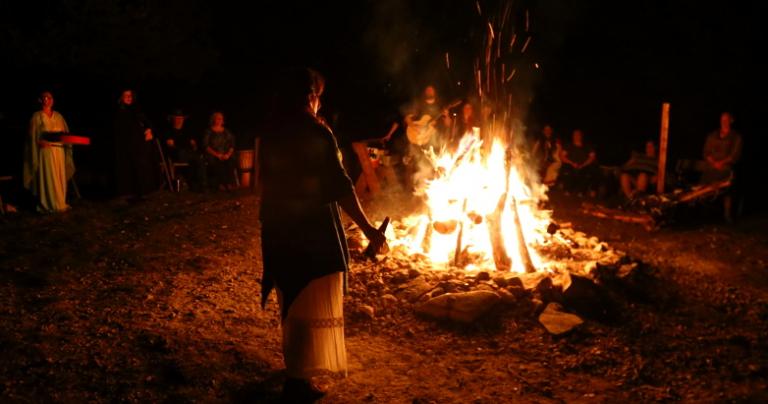 If you come to the conclusion that there is only the material world and that Gods and spirits don’t exist, so be it. I’ll be happy to work with you to make this world a better place. You’re not the problem here.

The problem is the aggressive atheists and materialists who insist that not only are there no Gods, spirits, magic, or anything of the sort, those persons and things couldn’t possibly exist and anyone who thinks otherwise is delusional.

Even when we reject this line of thinking, we’re still left with the idea that in order for something to be real, we have to have “proof.” And only certain kinds of proof are acceptable – the kinds that affirm there is only matter and the interactions of matter, and nothing else is possible.

And so we start to rationalize our experiences away. We look for “reasonable” explanations, even when the most reasonable explanation is that we just encountered a spirit. We tell ourselves it didn’t happen, it’s all in our heads – anything to avoid coming to conclusion that we live in a magical world.

We will only see what our foundational assumptions tell us is possible. These are the ideas about how the world works that most of us don’t even realize are assumptions. They’re just “the way things are,” “common sense,” or “what everybody knows.”

Last year I led a 7-week course on Building a New Myth, subtitled “Scientific, Animist, and Polytheist Foundations For the Future.” It’s my least popular class, but in many ways I think it’s the most important, because helps people learn that just because we affirm the findings of science we don’t ignore our experiences that fall outside the boundaries of the scientific method.

Many of us have unhelpful expectations for our spiritual experiences because we assume that if it can’t be explained by contemporary science then it can’t be real. This expectation is itself unrealistic and decidedly unhelpful.

People where telling “old” stories because they were important enough that they remembered them after so many years, but also because nothing “bigger” had happened since. Big, dramatic, life-changing spiritual experiences don’t happen often.

If we expect them to come on a regular basis – or worse, whenever we want them – we will be disappointed. 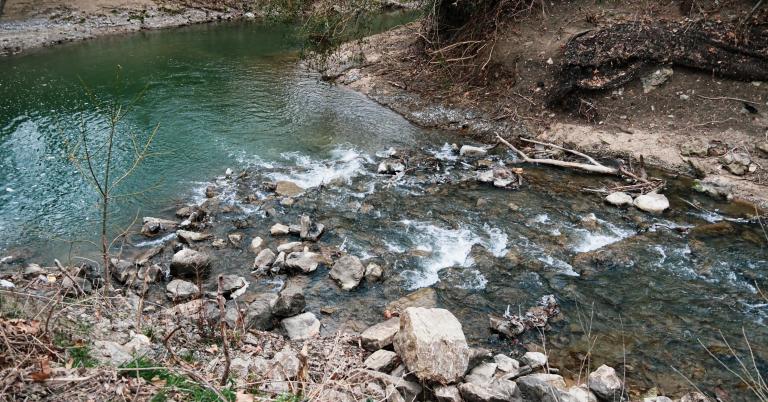 Most spiritual experiences are subtle

For all of my work with and for the Morrigan, I’ve never experienced Her standing bodily in front of me. I doubt I ever will. Her presence – and the presence of the other Gods – is far more subtle.

The vast majority of spiritual experiences are subtle. That means they’re easy to miss if you’re not paying attention, and easy to dismiss if you’re looking for something out of an urban fantasy novel.

This is why meditation is such an important spiritual practice. It trains us to recognize subtle spiritual signals.

For a few people, it’s not subtle

For some people, encounters with the Gods are a frequent thing. In some cases, they’re a continuous “I can’t shut it off” thing.

These people exist in every religion. They’re the mystics and the shamans (the real shamans, not people who took a class from Michael Harner). They have complicated, difficult lives. They are often celebrated for the wisdom and inspiration they communicate, and then ignored or attacked when they communicate something inconvenient.

You probably don’t want to be one of these people. If you think you do, be careful what you wish for.

In any case, they are real but rare, and their experiences are not normative for the rest of us.

Focus on the message, not the medium

I believe the Gods are real. I believe They are individual persons, who if not omnipotent are powerful enough to do pretty much whatever They want. If They wanted to appear bodily amongst us They could choose to do so.

That They do not tells us something important.

I think that “something important” is that They want us to focus on the message and not the medium.

If the Morrigan tells me to get ready to clean up after a massive spiritual disruption, what’s most important is that I get ready. Whether I hear that from Her face to face, from that familiar voice behind my head, or from reading an omen in Nature is a secondary concern.

At the end of the day, this is all the proof I need. My life is significantly better since I started following this religious and spiritual path. It’s not perfect, but it’s tangibly better. And more importantly, it’s more meaningful. I’ve found my place – it’s with my Gods, my ancestors, and my community.

I’m thankful for the stories of otherworldly experiences shared by participants in the Tower Time class and by others. When we tell our stories we give other people context for their own experiences, and that’s a very good thing. And that helps us set realistic expectations for what we see and hear and do in our own spiritual lives. 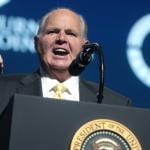 February 17, 2021
Rush Limbaugh is Dead and My Memory Isn’t Very Good
Next Post 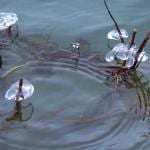 February 23, 2021 Interpreting Dreams, and Why I (Probably) Can’t Do It For You
Recent Comments
0 | Leave a Comment
"I finally have time to watch it and started yesterday. It has a Riverdale/Sabrina vibe, ..."
Nekoshema Wednesday
"Yes!!! So glad I am not the only one that thinks this!! LOVED this show, ..."
Erin McGuire Wednesday
"Thank you for this. I did not know about "Wednesday" and reactivated my Netflix account ..."
OrderInTheQuartz Wednesday
"Glad to hear a review from you. I keep hearing nonsense from people who just ..."
MadGastronomer Wednesday
Browse Our Archives
Related posts from John Beckett