You know it’s going to be a different take on Tarot when the first page after the table of contents has just three words:

Divination and fortunetelling are often couched in disclaimers, to avoid legal complications. But disclaimers weaken the magic – and they give us easy excuses when the magic doesn’t work… or when the reading isn’t accurate.

Camelia Elias is having none of that. She begins by saying “chief among the characteristics of reading like the Devil is the idea of reading your cards for clarity, rhythm, coherence, and precision.” She’s a student of Zen Buddhism and brings a “martial arts approach” to reading. She eschews traditional meanings in favor of a functional approach: what does each card do? More importantly, what does it do in the context of the question asked?

“The question leads the answer, not the cards.” 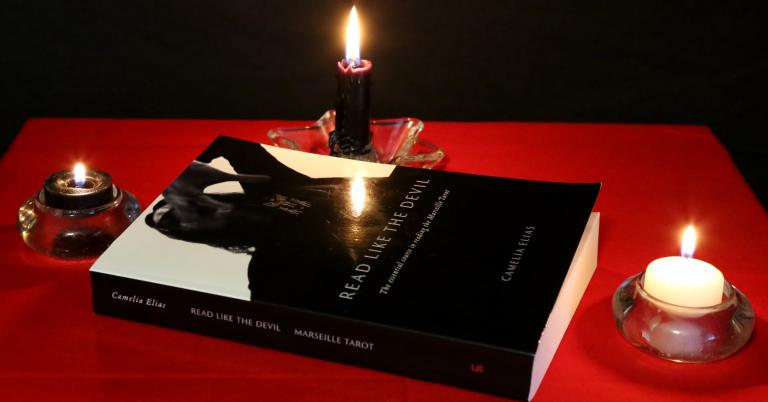 Camelia Elias runs The Cartomancer blog here on Patheos, plus her own site cameliaelias.com. She was born in Romania, moved to Denmark, earned two doctoral degrees, and taught literature for 20 years at three Danish universities. She’s read cards for most of her life, and recently retired from academia to focus on reading and teaching Tarot, and on photography.

She’s written 12 books on magic and card reading. She teaches courses through her Aradia Academy. And she provides readings, where she warns potential clients:

“I take no prisoners. I don’t negotiate. I make you think and I make you realize what’s what. What you do thereafter is up to you.”

There’s a lot of mystery around Tarot. I like mystery, and I think there’s a place for it. But mystery can easily degenerate into rote meanings and superficial readings – and into lazy readers. That makes someone like Camelia Elias necessary. She’s the school teacher who simply will not allow a student to get away with taking the easy way out.

Tarot dates back at least to the late 1400s, and likely a century or so earlier. Though Tarot is often claimed to have come from Egypt, it originated in Italy. And the first cards were not used for divination but for playing games (the Sola Busca Tarot may have been an exception, but that’s far from certain).

Like most decks of its era, the “pip cards” have no pictures. The Seven of Swords simply shows seven swords. Fully illustrated number cards didn’t become common until the Waite-Smith deck, which was first published in 1909.

I don’t have the Marseille deck. I’ve looked at getting it a time or two and I always passed – I think the lack of illustrations on the number cards scared me off.

Read Like The Devil is a course in reading the Marseille Tarot, and after reading the book I’m thinking seriously of getting the deck and practicing with it. But the principles the book teaches are applicable to reading with any deck. The many examples in the book are illustrated – just remember to look at the pictures and not remember your favorite deck. The principles of reading may be the same from deck to deck, but what the cards show is definitely different.

Camelia Elias has a Read Like The Devil book for divination by playing cards available now and for the Lenormand Oracle due out later this year.

Read Like The Devil is broken up into two main sections. The first is foundations: function, form, agency, subject, and process. It shows you how to look at the cards, in relation to the other cards and especially in relation to the question at hand.

It doesn’t tell you what the cards mean. Instead, it teaches you to see what the cards show when they’re on the table. It does most of this with three-card readings – most questions don’t need more than three cards to answer.

The second section is titled “Cartomantic Arts in Radiance” – how to do a reading. It begins with this statement:

“When a sitter comes in to ask ‘what is your prediction, madam?’ the reader must show her skin in the game. Is her skin glowing, or dull?”

So much of giving a good reading is telling a good story, based on what the cards show, in relation to the question. The book gives many, many examples of good readings – and also of not-so-good readings. For those who are just starting to do public readings, those examples alone are worth the price of the book.

And while I think Camelia Elias is generally in the “no” camp for the Celtic Cross, there are times when she uses it, or other large spreads with predetermined positions. Use the right tool for the right job.

Reading this book, I think I know what it must have been like to sit in one of Dr. Elias’ university lectures. Here’s the material, here’s how you use it, and now here’s a story that illustrates what we’re talking about. Meanwhile I’m taking notes as fast as I can, because I’m definitely going to have to go over this three or four more times before it all sinks in.

Read Like The Devil is the book form of Camelia Elias’ Introduction to the Marseille Tarot course. She has testimonials from people who started from zero and are now competent readers. But more of the comments I see are from people who’ve been reading – or trying to read – for a while.

If I had encountered this book early on my Tarot journey I think it would have frustrated me – there’s too much art and not enough science for my learning style. At this point I’ve had years of practice – I consider myself a good reader… but not a great reader. I think the material in this book is what I need to take that next step.

So I recommend Read Like The Devil to everyone interested in Tarot, with the stipulation that it’s probably very different from what you’ve learned so far.

But I highly recommend it to intermediate and advanced readers who are looking to take the next step forward in their divination.

I’ll end with this quote, which I think sums up the book better than I can:

“In divination the only thing that’s real is the question, whether from the heart or some distorted illusion of the mind. The job of the fortuneteller is to answer it, regardless.” 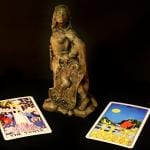 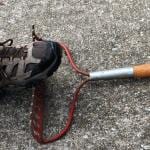 March 30, 2021 If You Aren’t Hitting Yourself in the Face with a Rake Are You Even Trying?
Recent Comments
0 | Leave a Comment
Browse Our Archives
Related posts from John Beckett