The Theology of Tower Time

The Under the Ancient Oaks course Navigating Tower Time – Magic for an Era of Change is winding down (though it’s designed to be on-demand, meaning you can take it any time). Like any good course, the last thing on the syllabus is the post-class survey. I ask a variety of multiple choice questions about the participants’ experiences, and also include a couple of free-form questions to get feedback on things I might have overlooked.

On one hand, that surprised me. On the other hand, this course and all my courses are grounded in a polytheist worldview – I suppose this interest is to be expected.

Theology is the study of the Gods. And that presents a challenge, because the Gods are so much more than we are: older, wiser, stronger… and more mysterious. I have previously compared humans studying the Gods to cats studying humans. Like cats with humans, we can know something about the Gods because we have relationships with Them, and because we are not completely unlike Them. But the conclusions we draw often say more about how we see ourselves than about the Gods.

Still, it’s the best we’ve got, so we work with it.

What we know about the Gods comes from our experiences of Them. And if we’re experiencing Them in the context of Tower Time, what does that tell us about Them? 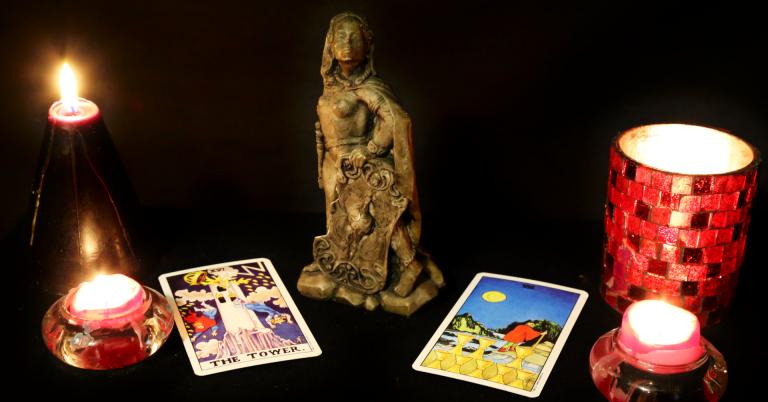 The basics of polytheism

I’ve written on this topic numerous times over the years and I don’t want to repeat it all here, but I will list the basics. If you see things differently, that’s fine – demands for orthodoxy are not part of my religion. And who knows – you might be right. But this is how I see things, so this is how I order my life and my religious practice.

And when we experience this God or that Goddess in the context of Tower Time, we learn something more about Them, both as individuals and as a group of persons.

The Gods are moving

This is the most obvious conclusion we can draw from our experiences of the Gods in Tower Time. The Gods – or at least, the ones we’re encountering – are not sitting in contemplation of Their own perfection. They’re moving. They’re doing things, and They’re calling people to do things for Them. They’re exercising Their own divine wills.

We know this because we’re experiencing Them. I’ve been hearing about Tower Time from the Morrigan for over 10 years now. We heard “get ready – a storm is coming.” And once the storm got here we kept hearing Her call different people to do different things.

We’ve seen similar movement from Odin, Hecate, Brighid, and many others.

Our Theology of Tower Time begins with Gods who are active in the world.

The Gods are concerned with more than humans

Our Gods are the Gods of the other animals as well. Some are depicted in zoomorphic fashion, while others simply have areas of responsibility that include various non-human species and ecosystems. I wrote about this in 2018 in a post titled Animal Gods and Gods of the Animals.

But They’re also the Gods of the dead, and of the other spirits and spiritual beings in existence. My UPG, and well as the UPG of several other people who see things similarly, is that the Gods we’re working for and with are spending a considerable amount of attention on these Otherworldly persons.

On one hand, this leads me to conclude that Tower Time also has an Otherworldly element. But for the purposes of theological discussions, it serves as a reminder that They’re not just here for us. They have other concerns.

It’s always good to remember that even though we’re beings of inherent value, Life isn’t all about us. 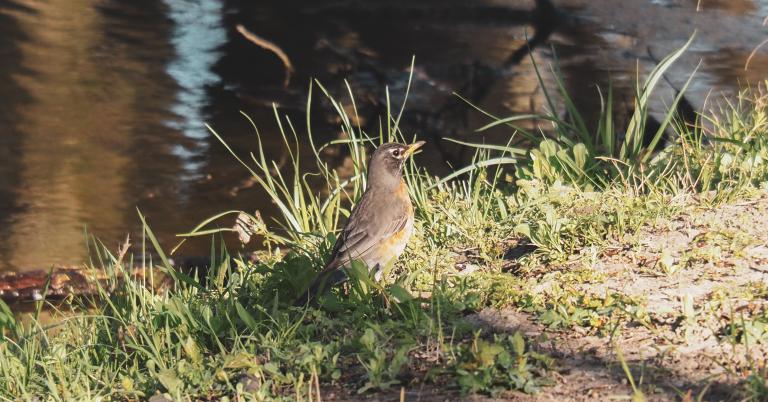 The Gods remain, and will remain

How old are the Gods? Some of Them are very old indeed. We sometimes talk about how They “went away” with the coming of Christianity, but I’m not sure how true that is. I am sure that where ever They went (if anywhere) They are here now.

Beyond that, Tower Time is not an apocalypse. It is not a collapse. It is a long period of gradual change, mostly for the worse – at least from the perspective of most Western humans. Whatever it is that the Gods are doing, there are no indications They are planning for the end of the world, in any sense of the term.

Are the Gods immortal? I tend to think so, but ultimately I don’t know.

But our Theology of Tower Time tells us that whatever decline we are experiencing – and that They are participating in – They will remain.

Being on Their side has its advantages

During the Civil War, Abraham Lincoln was asked if God was on his side. His response was “my concern is not whether God is on our side. My greatest concern is to be on God’s side.” Lincoln was speaking as a monotheist (and also as the most unorthodox Christian ever to be President), but his sentiment holds true for us as polytheists as well. It is good to be on the side of the Gods.

The Morrigan and others warned us this was coming. And while that hasn’t make any of it easy to deal with, it has made it easier than it would have been if we weren’t at least partially prepared. If nothing else, the friends and allies I’ve made have been a huge help to me over the past several years. And my daily spiritual practice is my foundation.

Being on Team Morrigan doesn’t make things easy – far from it. But it’s very rewarding to be on Her side, working toward Her goals, and promoting Her virtues and values.

The Theology of Tower Time tells us that our place is on Their side. 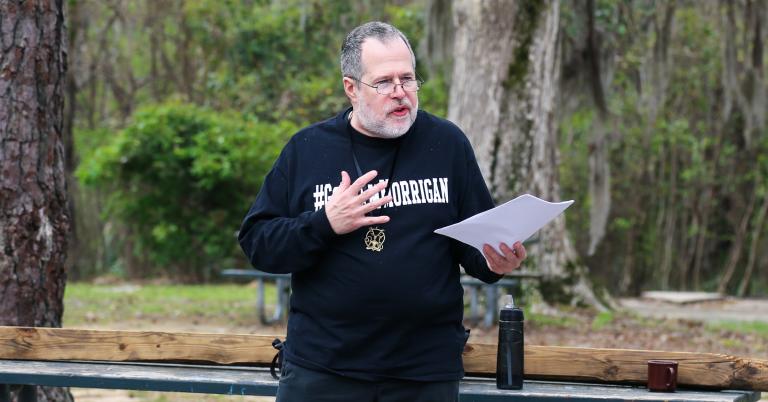 They continue to be mysterious

The Gods have many virtues – transparency is not one of them. They haven’t explained Tower Time to us. They aren’t telling us Their plans. It’s often difficult to discern even what They want us to do for Them.

Maybe figuring it out on our own is especially important. Maybe They’re used to a more hierarchical relationship where They give orders and we follow them (I get that from the Morrigan from time to time… but not always).

The only conclusion I can draw from this is that They don’t think explaining everything is important.

And so the Theology of Tower Time tells us that the Gods are as mysterious now as They ever were.

The limitations of our theological work

Every time I write about Tower Time, someone complains that I’m drawing universal conclusions from what is primarily a Western phenomenon. They have a valid point: the vast majority of the experiences of Tower Time come from North America and from Europe. And in one sense, Tower Time is the upending of what I call “peak Western normalcy” – something that never existed in other parts of the world.

Likewise, our experiences of deities with traditional connections to the West can’t necessarily be projected to Asia, Africa, and other parts of the world. There are many Gods, most of whom I don’t know. I can’t say – and I am not attempting to say – that all Gods are moving and are participating in Tower Time and such.

It is not necessary that we do so. Paganism and the many polytheist religions are not universal religions – they don’t claim to be for everyone (though they are for all who are called to them).

What is necessary is that we respond to the Gods who call to us, and that we learn as much about Them as we can. Whether what we learn is universal to all Gods is of lesser concern. 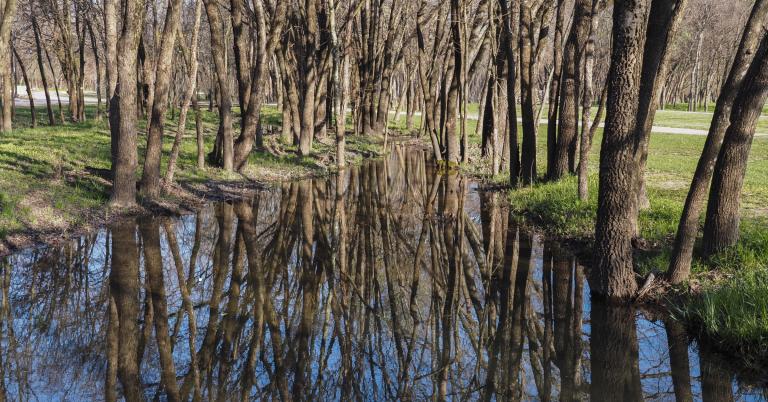 Theology is an on-going process

Theology is best when it’s an on-going group effort. None of us have the whole picture – we’re better off when we share our experiences and our thinking about them. Even brilliant flashes of divine revelation need to be cross-checked to make sure they’re placed in the proper context.

These are my thoughts, based on my experiences, and on the experiences of people who’ve talked to me.

I think they’re sound. I know they’re not perfect.

Let’s continue the conversation. What experiences have you had that might confirm – or reject – any of these conclusions? Where does your thinking align with mine, and where do you believe we should go in another direction? What philosophers and theologians have you encountered – historically or contemporaneously – who might have something to say on this?

Our contemporary Pagan and polytheist theologies are still in their early stages. Let’s see how far we can take them. 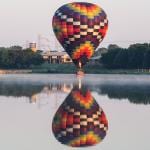 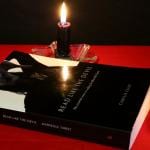