Skills and Strategy are Better than Foreknowledge

Skills and Strategy are Better than Foreknowledge March 7, 2021 John Beckett

Last week I saw a meme going around that said “if you knew this time last year what you know now, what would you do differently?”

That’s a really good question. I do a detailed personal review of every year on or around January 1. It’s part of the journaling practice I’ve done most of my adult life. I look at things that went well, things that went poorly, and I try to learn from all of them.

When the pandemic is over, there will be a massive investigation at both the national and international levels. Data will be gathered and analyzed to determine what worked, what helped, what had no effect, and what made things worse. I trust that will help us be better prepared next time, because there will be a next time, even if it’s not for another hundred years. I fear the data will be manipulated to support various politicians’ preferred philosophies and to cover for their mistakes.

While strategies and tactics have changed over time as we’ve learned more, it’s still far too early to draw definitive conclusions about how to best contain a pandemic.

But it’s not too early to look back on your own. If you had known what things were going to be like over the past year, what would you have done differently in early March 2020? 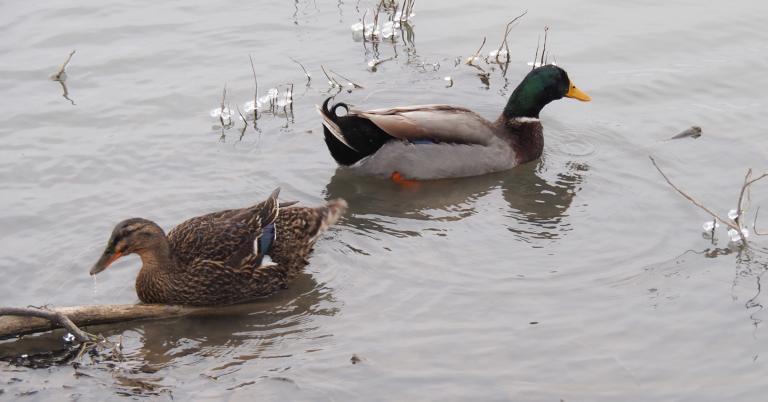 The consensus answer: not much

I read numerous responses on social media. A few people had major problems they would have done their best to avoid: “don’t go here – it’s probably where you got Covid.” But for the most part, the answers were trivial.

When you take more than you need you make it harder for others to get what they need.

Other than that, there were few answers of substance, and virtually none that would be relevant to everyone in general.

People wouldn’t have done much because there wasn’t much that could be done. We couldn’t prepare for it – we just had to deal with it when it got here.

And if foreknowledge of the most disruptive event since World War II wouldn’t have been useful, when would foreknowledge ever be necessary?

We never ran low on toilet paper because we always buy in bulk. Is that a “lesson to be learned” from the past year? A “best practice” everyone should do?

It is if you have space for it. When I lived in an apartment I bought toilet paper in 4-packs, because I didn’t have any place to put more than that.

The one thing I would have liked to do is take a nice trip somewhere before everything was locked down. I was at Austin WitchFest a year ago today – that inspired this post on gatekeeping later that month. That would be my last trip of any kind for quite some time, and I’m still waiting to book my next trip that includes air travel. If I had known what was coming I would have liked to have come home from Austin, gotten on a plane and gone somewhere that the pandemic hadn’t found yet.

But while I have a fairly flexible job, I don’t have leeway to take off for a week with no notice. And I don’t have the financial resources to pay walkup prices for airfare and hotels.

Knowing what’s coming doesn’t mean much if you aren’t able to turn that knowledge into action.

What got you through this past year?

My spiritual practice got me through last year. Maintaining connections with my Gods and doing Their work in this world reminded me that some things go on regardless of conditions.

My close friends got me through last year. Texas never had the strict lockdowns some states had – it was always legal for a few of us to get together. We agreed to socialize with each other and not in general. Our “pod” wasn’t air-tight, but it’s been successful – and we’ll maintain it for as long as necessary.

Adaptability got me through last year. We couldn’t go out to restaurants, so we ordered takeout and delivery – and I cooked a lot more. We couldn’t do rituals in person, so we did them online (the Under the Ancient Oaks Spring Equinox Ritual will be March 19 on YouTube). We couldn’t travel, so I spent a lot of time in the local parks.

I refused to accept that any of this is “the new normal” but I tried to concentrate on what I could do instead of what I couldn’t do.

As for avoiding the coronavirus, I mostly did the right things (I haven’t had a cold in over a year – that’s never happened before) but I also got lucky. Doing the right things improves your odds, but it doesn’t guarantee success. Far more of life than we like to admit is random.

And none of this would have changed if I had known it was coming.

Skills and strategy are better than foreknowledge

One of the points I’ve emphasized in the Tower Time class is that while we expect the “long descent” to continue for many years, we can’t be sure what form it will take. Every year isn’t going to look like 2020 – it’s unlikely we’ll see another world-wide pandemic any time soon. Instead, we’ll see something else that will be challenging in its own way.

Confidence doesn’t come from knowing what’s coming, or from a hoard of supplies. Confidence comes from building the skills that will help us handle what comes our way, whatever it may be.

Spiritual practice. Relationships, in this world and between the worlds. Practical, hands-on skills. Magic.

To quote from one of my favorite movies: “what is steel compared to the hand that wields it?”

If you’re at a decision point, foreknowledge is crucial

None of this should be taken to mean that foreknowledge and the divinatory practices that help us obtain it are useless. Far from it.

If you’re trying to decide whether to stay in your current job or find a new one, it’s good to have some idea of what things will be like for both scenarios. Should you take an oath to a God? What will happen if you do, and what will happen if you don’t? Thinking of starting out on a new spiritual path? Where is it likely to take you?

This is where divination comes in. Tarot, runes, ogham, scrying – there are many different methods. Find the one that works for you. Or find a someone who can divine for you (and pay them accordingly). 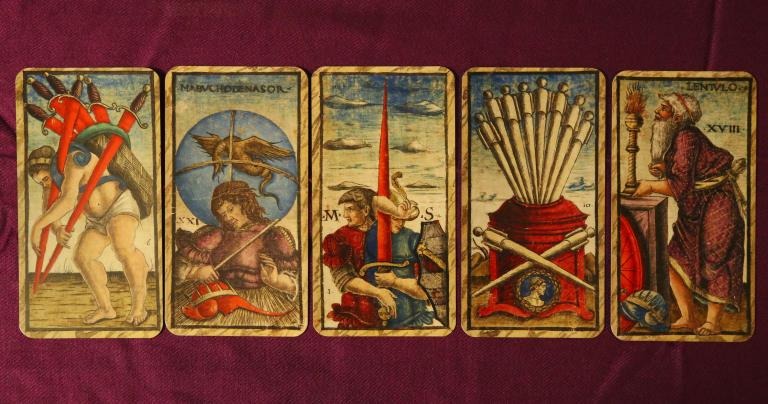 Planning is good – skills are better

I’m eternally curious – I always want to know. I especially want to know what’s coming next, so I can make plans, and backup plans, and contingency plans. Planning is a good thing, even if some of us take it to obsessive levels.

But knowing what was coming a year ago wouldn’t have allowed me to do much of anything different from what I did anyway. I think many of you would say something similar.

Foreknowledge of major events is good.

Having the knowledge, skills, and relationships to handle whatever comes your way is better.

March 4, 2021
Shining the Light and Working Magic for Good
Next Post 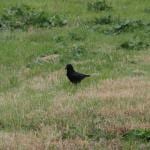