Is it a Spirit or is it Energy?

Do you ever see something on the internet you just know is wrong? Only when you start to outline the reasons why it’s wrong (to yourself – you’ll never get anything else done if you try to correct every wrong person on the internet) you start to realize it’s not as black and white as you thought? And then the more you think about it, the more you realize the person you were sure was wrong has a valid point?

On Saturday I woke up to a tweet from @khthoniaa (who I follow because she posts interesting stuff, but otherwise do not know) that said:

The line between “spirit” and “energy” is so thin that they’re practically synonyms in my mind/practice.

My first thought was “that’s just wrong” – spirits are sentient persons and energy is not.

I wasn’t going to say anything (see the first paragraph), but then I remembered a couple times when I was in a situation where I wasn’t sure if I was dealing with a spirit or with residual energy. One was cleansing a particularly troublesome house, the other was a place that several people said felt “off.”

OK, so clearly, it’s not “just wrong.” And so drawing on those experiences I responded:

I see spirit and energy as two very different things that we often have trouble telling apart. I need to think further on this… thanks.

So I went for a long walk and started thinking. And the more I thought, the deeper the situation turned out to be.

As happens so many times, if I’m working through this, other people probably are too. Or maybe they aren’t and they need to. In any case, these are my thoughts. 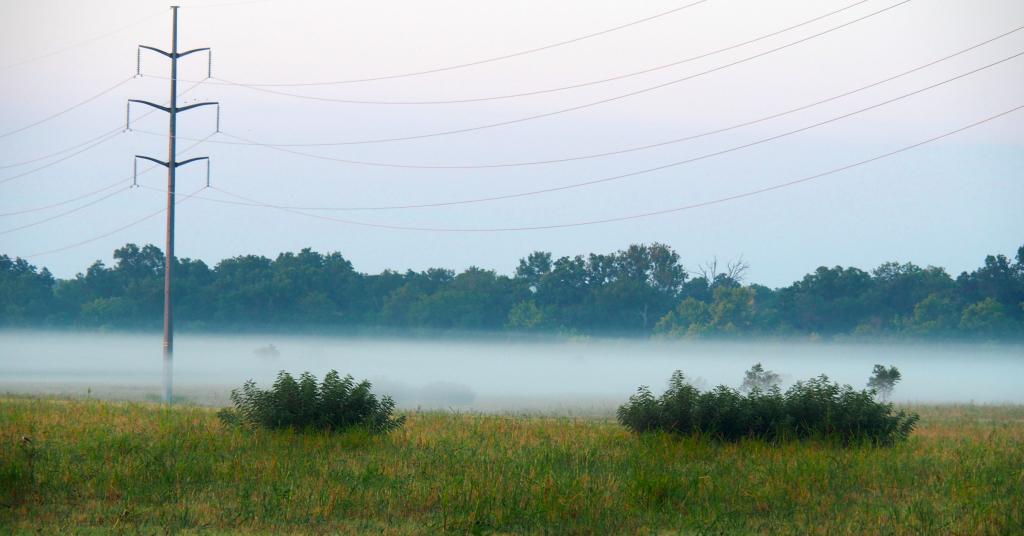 Energy has a precise scientific definition

Bad science makes for bad religion, bad spirituality, and bad magic. Any time you hear someone say quantum physics “proves” this or that, unless that person has a degree in physics you can be sure that 1) it does no such thing, and 2) the person saying it doesn’t know as much about quantum physics as they think they do.

Energy has a precise scientific definition: the capacity for doing work. Its unit of measure is the joule, which is equal to a force of 1 newton moving 1 meter – energy is expressed as force times distance.

When we use “energy” in a spiritual or magical context, we are clearly within the boundaries of the definition of “capacity for doing work.” The question is whether we’re talking about a type of energy science hasn’t discovered yet, or whether we’re using “energy” as a metaphor for something that isn’t energy but behaves in a similar manner.

As an engineer trained in science, that’s an interesting question. As a magic user, it’s not very important. I can raise energy, feel its presence, direct it toward a target, and see the results of that operation. I don’t have to know how it works to be able use it, any more than I have to understand the physics of the internal combustion engine to be able to drive a car.

The point is that while chemical, electrical, kinetic, and other types of energy are clearly defined, spiritual and magical energy is not. And without a clear definition, it’s hard to say where the boundary is between “energy” and “other-than-energy.”

The idea of magic as energy is a relatively new thing

Read the Greek Magical Papyri or any of the medieval grimoires: you won’t find recipes for raising energy. Instead, you’ll find recipes for invoking spirits and compelling them to do what you want. These spells were written in an era when all work was done by muscle power – either your own, or the muscles of an animal, or perhaps a slave who you compelled to do it for you.

“Energy” didn’t appear in the discussion of magic until the late 19th and early 20th century, when the telegraph, telephone, electric lights, and radio put the idea of energy into the wider culture.

I’ve gotten into some arguments about this over the years. I know people – some of whom are better magicians than I am – who say “there is no magic without spirits.” But older doesn’t always mean better. It doesn’t in medicine, engineering, and (for the most part) ethics and law. Newer can also be better in religion and magic, even where there is still value in the “old ways.”

Could the “energy” we raise and direct and feel simply be the presence of spirits? It could. But that doesn’t explain shielding, mirror spells, or spells that are primarily powered by the will of the magician.

I still think magic is best explained by a three-fold theory: one part spirits, one part energy, and one part psychological programming. Many – perhaps most – magical workings involve all three. But that doesn’t mean they’re all the same thing. 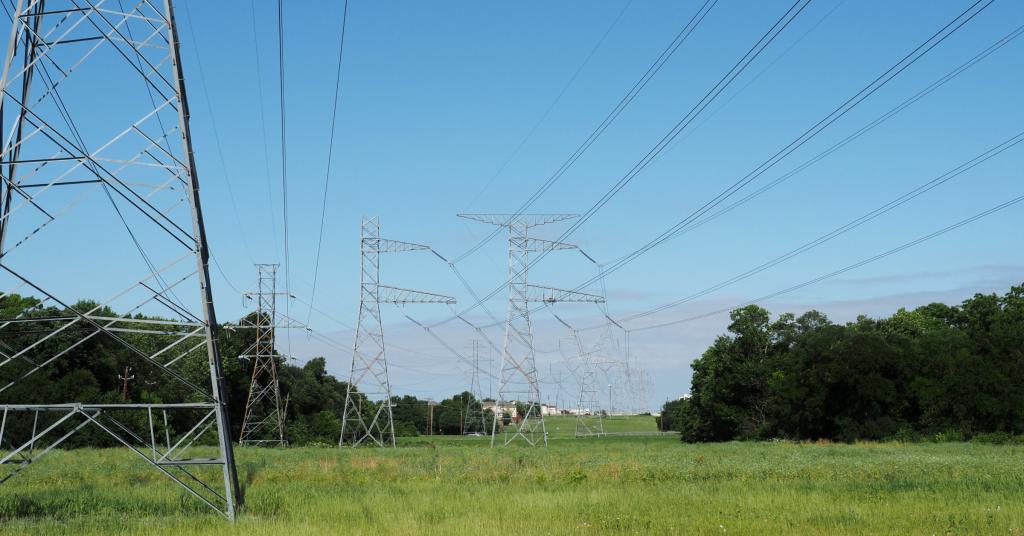 My initial reaction to the original tweet was “spirits are sentient persons and energy is not.”

It’s obvious – to most of us, anyway – that spirits are persons. They’re individuals, even if sometimes they operate collectively. Some of them used to be living humans. Your grandmother didn’t stop being a person when she died – she went from being an embodied human to being an ancestral spirit.

We speak to spirits as persons. If we have the power and the authority, we can compel them to work for us. If we have something to trade, we can negotiate with them. Mainly – as with our ancestors – we can form and maintain relationships with them.

Energy is just energy – you can’t negotiate with electricity.

I think this is one of the reasons many people – not all of whom are Pagans – like the idea of working with energy, as opposed to working with Gods and spirits. If it’s not sentient, if it’s not a person, then we don’t have to form a relationship with it. It’s just there for us to raise, store, manipulate, and direct for our own purposes. We can take with no obligation to give anything in return. Or if we do, our obligation is to the “owner” of the energy, whether that’s the Earth or the Sun or the Universe itself.

Energy in an animistic worldview

Animism is the foundation of my spiritual practice. It’s the idea that everything is not a thing but a person, who we can relate to and interact with as persons. This post from last year is probably the best one I have for articulating my understanding of animism. Animism says we don’t have spirits, we are spirits who have bodies, at least for now.

It’s easy to recognize that cats and dogs are persons. And if they’re persons, then so are birds and rabbits and squirrels. It’s harder to recognize that trees are persons, but those of us who love trees and talk to them and form relationships with them are able to see that they are. A tree-person is more different from a human-person than is a cat-person, but a tree is still a person.

Once we get that far, it’s not hard to understand that rivers, oceans, wind, and rain are all persons too. They do their own things for their own reasons.

Is it that big of a jump to say that electricity is a person? Is the energy it possesses qualitatively different from its spirit?

When does the kinetic energy in the wind stop being a part of the wind-person and start being its own energy-person?

How do we even draw those lines in a universe where everything is both individuated and also connected?

I just know my initial reaction to khthoniaa’s tweet was far, far too simplistic. 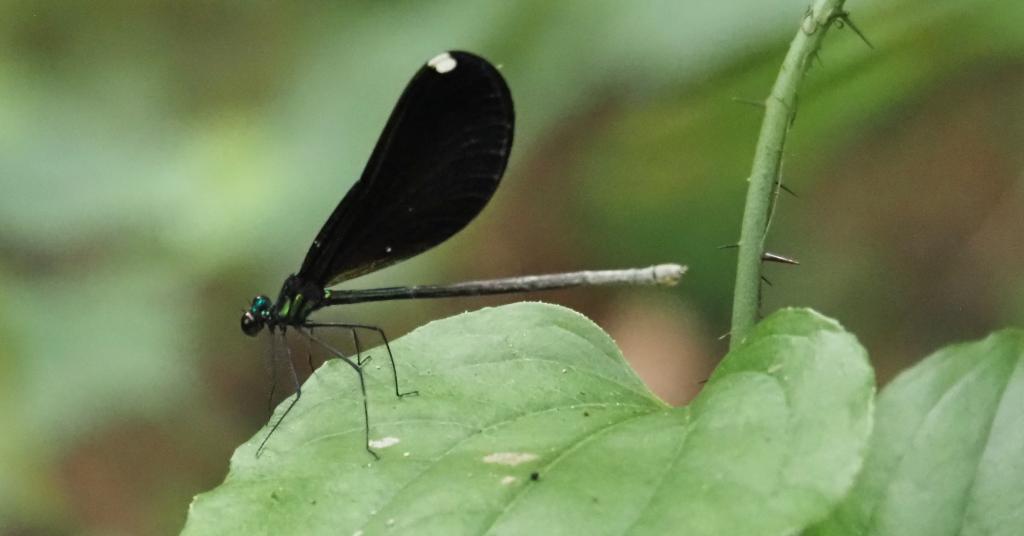 Is it a spirit or is it energy?

This is still a meaningful question. Even if we can’t define the difference in absolute terms, there is a practical difference between a spirit that can be bargained with and energy that cannot.

That’s my primary method of figuring out if something that’s present is a spirit or if it’s energy – does it respond to conversation, offers, negotiation, and when necessary, threats? If it does, then I assume it’s a person and proceed accordingly. If it doesn’t, I assume it’s energy. That’s not a definitive test – what if it’s asleep, or just ignoring you? But it’s generally a good place to start.

So, are energy and spirits the same thing? Does energy have a spirit? Is energy a spirit?

I don’t know, and I suspect I’ll never know. But contemplating the question reminds me that we live in an animistic universe (always a good reminder in a culture that mostly preaches materialism and speaks of “mindless matter”), and it helps me to remember that seeing everything as a person and not as a thing is a very good way to live. 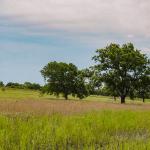 June 29, 2021
13 Year Blogiversary of Under the Ancient Oaks
Next Post 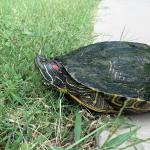