5 Things I Had to Unlearn as a Pagan

Thorn Mooney of the Oathbound blog had a post last week titled Learning and Unlearning Witchcraft: Can Bad Info Ruin Your Practice? It’s a excerpt from her new book The Witch’s Path: Advancing Your Craft at Every Level. I encourage you to read the post – if you like it read the whole book.

Her point in the post is that while there are problematic sources in witchcraft and Paganism, beginners shouldn’t obsess about avoiding all the “bad” stuff. Learning is a process and none of us get it all right the first time. She concludes by saying:

You don’t “unlearn” things – you analyze why they were meaningful at the time, what should change, and then you take the next step forward. That’s all any of us can do.

When I think about how my spiritual thinking has changed over the years, I see that I’ve followed a very similar process to what Thorn recommends. Is it fair to call that “unlearning” or is there a better term for it? I don’t know. But I think it’s helpful to review some of those changes, and the process by which they changed. 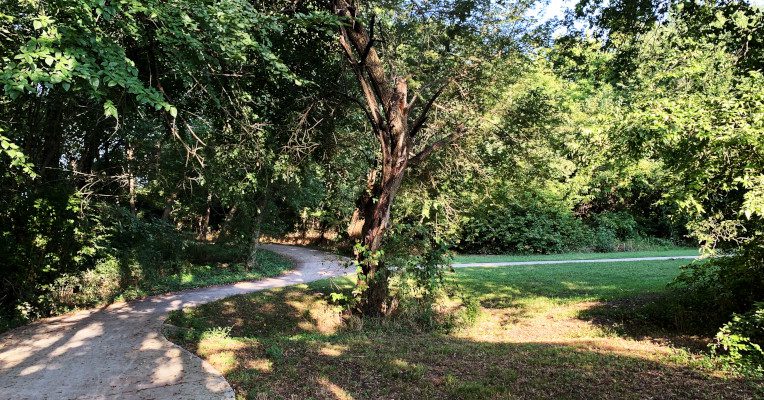 1. The Divine as a parent in the sky

Growing up Christian, I was taught that there is one God who is our father. I was taught that he loved us, but that he was a very strict and angry father. Being Baptist, we never heard about Mary or about the femininity of the Holy Spirit. One of the main things that attracted me to Paganism was the idea of a Mother Goddess as well as a Father God.

But early on I simply substituted a kindly Mother Goddess for an angry Father God. And in doing so, I kept the same monotheist cosmology, including the idea of the Divine as a parent.

In retrospect, I don’t know how I could have done otherwise – I had spent my whole life thinking of the Divine as one. 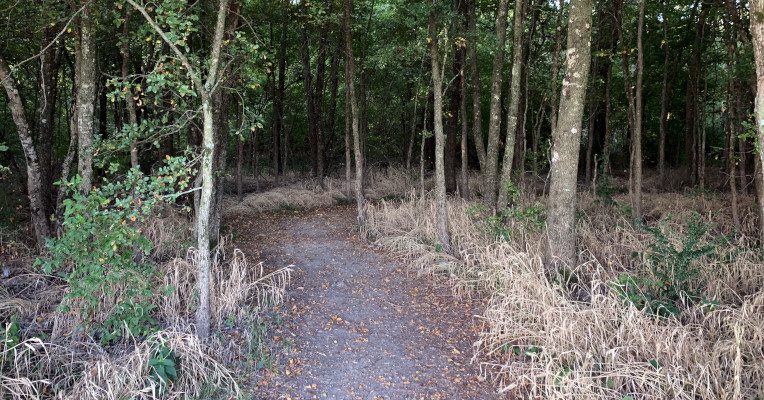 This comes from fiction, but it’s made its way into Paganism and witchcraft. I’ve seen multiple fantasy authors create a world where magic exists, but it disrupts Nature. Payment is required to “maintain the balance.” Sometimes that’s a sacrifice (“a life for a life”), sometimes it’s suffering, and sometimes – clearly inspired by Doctor Faustus – it’s damnation.

The idea that Nature desires balance is attractive, and when we see symbiosis it’s understandable that we think that’s the way things should be. I don’t fault myself for thinking this way.

But when you step back and look at the big picture (especially from the perspective of deep time) you see that Nature is in constant change. Any balance that occurs is only temporary, at least on a cosmic time scale. There is no “balance” to maintain.

Beyond that, payment to maintain the balance requires some sort of cosmic accounting system, and I see no reason to believe such a thing exists.

Either you can work the spell or you can’t. There is no balance to be maintained. 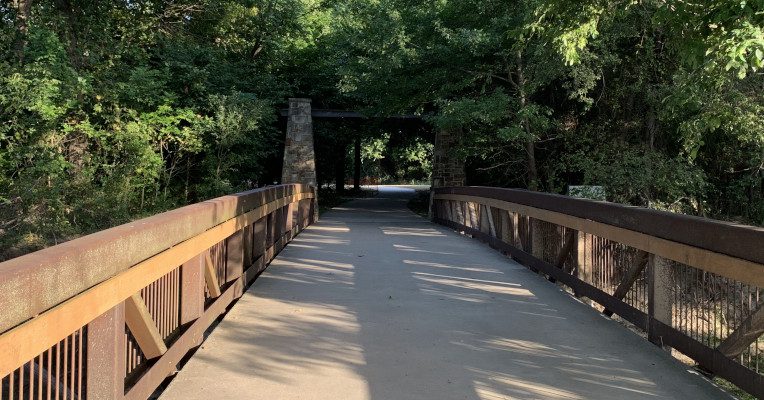 3. Interfering with someone’s free will is a terrible sin

“Eight words the Wiccan Rede fulfill – an it harm none do what ye will.”

Those words come from Doreen Valiente, in 1964. It’s a good piece of non-dogmatic ethics. It’s also a good piece of PR for witches, who historically have been feared as evil doers. But when I came into Paganism in the early 1990s, it was frequently expressed as “you cannot interfere with someone else’s free will.”

That’s a noble goal, and it stands in clear opposition to fundamentalists who attempt to force everyone to live by the rules of their religion.

The problem is that it’s an impossible goal. No one is an island – we are all connected, and whatever we do has at least some impact on everyone else. And while the universe is a place of abundance, it’s not a place of unlimited abundance. Work a quick spell to find a parking place and you may get it, but if you do you’ll keep others from getting it – and they may need it more than you.

This isn’t something I’ve unlearned so much as it’s something I’ve moderated over the years. I do my best to respect other people’s free will, because it’s the right thing to do. But to work magic is to steal fire from the Gods. It’s to say “I choose this” with the full understanding that there will be unforeseen consequences, some of which you will bear and some of which will be born by others. We make this choice because we also understand that if we don’t, others will – and we may not like what they choose.

Respecting other people’s free will is a noble goal, but violating it is a necessity. 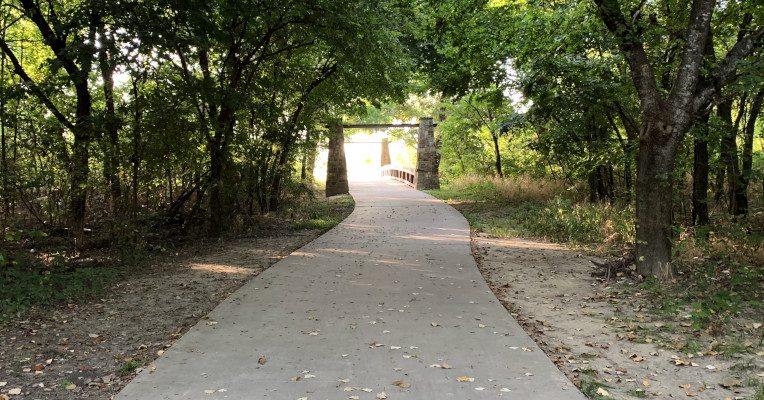 4. The old ways are best

I think there’s something universal (or very nearly so) in the idea of a Golden Age – a time when all was right in the world. And then – so the story goes – either something bad happened or people gradually fell away from the True Way, and now the world is all messed up.

Christianity teaches a Golden Age: Eden, followed by the Fall. Beyond that, the fundamentalist church of my youth idolized “the New Testament Church” – which had little to do with what we know about how early Christians worshipped and more to do with retconning the Bible to match the 19th century U.S. revival movement.

Pagans have various expressions of this. The idea that early tribal societies were matriarchal and peaceful (they weren’t, at least not most of the time). Margaret Murray’s idea of medieval witchcraft as the remnants of a Goddess religion. The reconstructionists who aren’t satisfied to be inspired by our ancestors (as are most reconstructionists) and instead try to mimic their every custom and practice… with an emphasis on those that look like they came off the set of Vikings.

I’ve spent a fair amount of time looking into the origins of religion, and also into the origins of language. Part of that is simple curiosity, but much of it is the feeling that if I could grasp how it all began, I could connect to the Gods and other spirits in a cleaner, purer, and more direct manner.

The first problem is that we will never know enough about the supposed Golden Age to be able to reproduce it with any degree of accuracy. The more important problem is that we are not an ancient tribal society, or first century Christians, or Vikings. We’re 21st century Americans (or Canadians or Italians or whatever you happen to be). Our religions, our beliefs and practices, have to speak to us here and now.

Yes, there are some timeless truths. Hospitality and reciprocity are virtues today just as they were in Iron Age Britain. And we struggle to reclaim what was taken from our Pagan ancestors when Christianity and Islam conquered them. But our Paganism, our polytheism, our witchcraft must be ours.

Let’s build a place where we belong instead of searching for a past that never was. 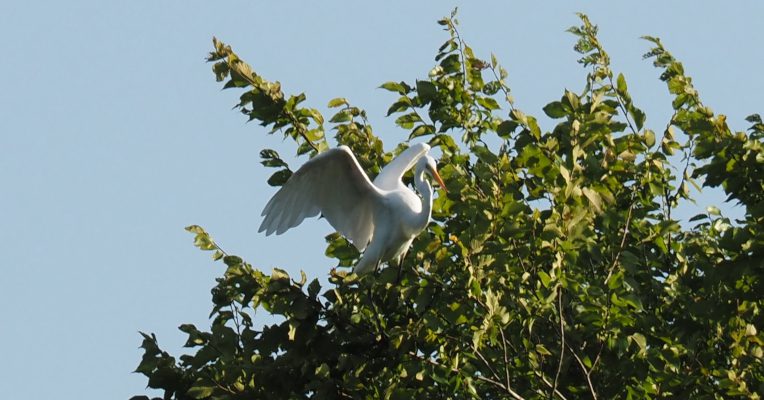 5. Gender polarity is a necessity

I learned this early on my Pagan journey. Male and female had to be kept in balance. Every ritual needed a high priest and a high priestess. It needed a Goddess and a God. Some traditions taught that initiations could only be given male to female and female to male (and some still do).

Coming out of centuries of male-dominated religions, this made sense. Women had been ignored and excluded, and in some religions they still are. As modern Pagans, we would do better.

I didn’t give this much thought until I got to Denton CUUPS in 2003. And then one time I questioned the ritual part assignment – it wasn’t balanced. The leader – who was much younger but also much more experienced than me – said “yeah, well, we like to gender bend around here.” We did things her way, it worked fine, and I started wondering just how important all this was.

It wasn’t until one of our lesbian members asked “where am I supposed to fit into all this polarity?” that I started seriously questioning the whole concept. The more I thought, the more I realized that while like so many of us I simply accepted the gender I was assigned at birth, gender didn’t seem to make much difference in my spirituality.

There’s more than one good answer to each of those questions. My answer has been to make gender irrelevant. We honor the Gods for who and what They are. Any human can take on any role they’re up to doing, and they don’t have to take on roles that don’t feel right to them.

What do I need to unlearn next?

This post is over, but the process of learning and growth is not.

Some religions teach that revelation is sealed and that our understanding of the truth should never change. The Romans built some great roads, but I want my bridges designed and built by 21st century engineers. The Egyptians had some good physicians, but I prefer modern medicine, particularly if surgery is involved. Or vaccines.

I look back at some of the things I believed (and some of the candidates I voted for) when I was younger and I cringe. But only for a moment. When you learn better, then you can do better.

I genuinely do not understand people who deny facts and twist logic so they can cling to lies, misinformation, and ideas that just don’t fit any more. They insist they’ve always been right, facts be damned. I’d rather change my beliefs and practices and actually be right going forward.

And so I have no doubt that there’s something I think or believe or do right now that some day I’m going to have to unlearn. I don’t know what it is – if I did, I’d already be working on it. But when I find it, I’m confident I’ll change it – because I’ve done it before.

September 19, 2021 The Pew Doors of St. Cuthbert’s – A Cautionary Tale for Us All
Recent Comments
0 | Leave a Comment
"I currently work at a public university in Texas. My family keeps suggesting Baylor as ..."
Jayedynn Religiously Affiliated Colleges Need to Decide ..."
"That is not at all the sort of religious school John is talking about. We ..."
MadGastronomer Religiously Affiliated Colleges Need to Decide ..."
"It may be that the unaddressed contradictions and hypocrisy of things like slavery and racism ..."
kenofken An American’s Thoughts on the Death ..."
"I’m not sure that a Pagan university would have to be tightly tied to religious ..."
kenofken Religiously Affiliated Colleges Need to Decide ..."
Browse Our Archives
Related posts from John Beckett