An October Viewing and Reading Challenge

October is the best month and it’s not even close.

The days are shorter and the temperatures are cooler. All four major team sports are in action. Samhain and Halloween are this month, and the Winter Holidays (with their days off from work) are getting close. And the movies on TV get a lot better… most years, anyway.

I’ve done October movie posts before. In 2016 I wrote 31 Movies for Halloween, where I listed my favorite horror movies from what I consider the four major eras of supernatural filmmaking. In 2019 I wrote 13 Horror Movies I’m Watching This October, where I scanned the schedule of TCM (Turner Classic Movies) and pulled out the ones I really wanted to see. I think I actually watched them all, except for A Bucket of Blood.

I was going to do something similar this year. But when I looked at the schedules I was rather disappointed. None of the streaming services (that I have) have much I’m excited about. The basic cable channels seem geared toward kids. I like The Addams Family movies too, but that’s not what I’m looking for right now.

Even TCM’s schedule is disappointing. They have a very good lineup for Halloween weekend, but the rest of the month is rather sparse. I could only come up with nine movies to recommend, and I’ve already written about six of those.

And that brings us to the point of this post. 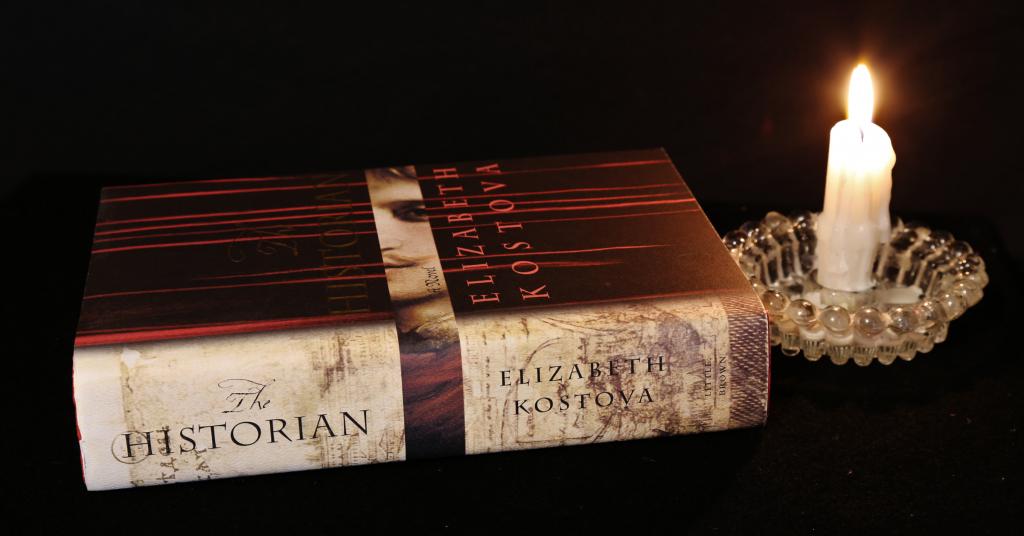 As I write this, Bram Stoker’s Dracula (1992) is in my Blu-ray player. Before that, it was Van Helsing (2004), the Underworld movies (except Rise of the Lycans – I can’t handle the werewolf abuse even though I’m not a werewolf fan), and the two Mummy movies with Rachel Weisz and Brendan Fraser. Before it left Netflix, I was watching Penny Dreadful pretty much on a loop.

The psychological websites and articles I found say this is a common thing. The familiar is comfortable, particularly at a time when so much is unfamiliar and uncomfortable. We already know the stories, so they take less energy to watch. We know how they end, so we know we won’t be disappointed even if we don’t like the ending (like Penny Dreadful). And we watch them simply because we like them – while I like to experiment with food, I never get tired of a good pizza.

There’s nothing wrong with binging comfort movies. But I was expecting to binge old favorites all month, and there’s not much for me this year.

Enjoying your old favorites is fine. But at some point, you turn into the video equivalent of the people who only listen to the music that was popular when they were in high school. You miss out on a lot of good stuff.

I haven’t watched a new TV show since The Nevers in April. I watched the new The Suicide Squad movie in August, but I watched it on my computer where I could play games in the slow spots – and it was a sequel. I’ve been unwilling to risk any time on something new.

And while I’ve managed to work my to-be-read pile down in recent months, I haven’t read much fiction.

Solution: a viewing and reading challenge

I need an October viewing and reading challenge.

I really am busy. I’m teaching an on-line class, I’m blogging, and my local groups are trying to do more in-person stuff. My paying job just got busier, and likely will remain so for the rest of the year. I can’t commit to something huge.

But I don’t need something huge. I just need enough to break me out of this comfort movie routine.

Here are my choices.

A new movie: A Girl Walks Home Alone At Night

This was the hardest choice to make, because I don’t like most contemporary horror movies. I don’t like gore and I don’t like jump scares – if I want realistic horror I’ll watch the news. I want supernatural fantasy – the more gothic (or just goth) the better. And nobody’s made a good Dracula movie since 1992.

Horror movie reviews are next to useless, whether professional or amateur. Everybody wants something different from a horror movie and too many reviewers are quick to bash anything that doesn’t satisfy their particular desires.

And then there’s the problem of a million streaming services, all wanting a separate monthly fee [insert rant here].

But after a bit of googling, watching some trailers, and reading enough reviews to find common themes, I settled on A Girl Walks Home Alone At Night. From IMDb:

In the Iranian ghost-town Bad City, a place that reeks of death and loneliness, the townspeople are unaware they are being stalked by a lonesome vampire.

It’s black and white, in Persian with English subtitles (although it was filmed in California). That’s a bit artsy for my tastes. But I’ve heard good things about it since it came out in 2014. And how can you argue with a movie billed as “the first Iranian vampire Western”? I’ve been waiting for it to show up on cable, but it’s available to rent on Amazon Prime for $3.99 – that’s not much of a risk.

Second choices: Bloodthirsty (a werewolf movie on Amazon) and Blood Red Sky (vampires vs. terrorists on Netflix). I’ll probably watch them both eventually.

This was an easy choice. Actually, pushing myself to watch this series was one of the reasons behind this post. Here’s the IMDb blurb:

Lisa Nova, an aspiring film director in the sun-drenched but seamy world of 1990 Los Angeles, embarks on a mind-altering journey of supernatural revenge that gets nightmarishly out of control.

Every witch or otherwise magical friend who’s mentioned this show has had good things to say about it. I found this very positive Teen Vogue review by Lisa Stardust, who’s a magical practitioner herself.

But I’ve been unwilling to invest the time in something new, preferring to watch my comfort movies over and over again. Thus this challenge.

Brand New Cherry Flavor is available on Netflix. There are eight episodes that average 43 minutes each – that’s a weekend with plenty of time for something else.

Time to get watching.

Second choice: Motherland: Fort Salem. I’m hearing good things from witches about this one too, but the military context isn’t particularly appealing to me. And it’s really intended for a younger audience. I’m unlikely to watch it, but maybe.

A new book: The Historian

I asked my Facebook friends for recommendations and I got a ton. The post is public – you can read through them if you like. Many of them didn’t meet the specifications I listed (supernatural fiction, fairly new, etc.) but plenty did.

I think A Discovery of Witches by Deborah Harkness got the most recommendations. It also got the most negative comments.

I picked The Historian by Elizabeth Kostova. It’s a Dracula story that mixes the historical Vlad the Impaler with contemporary vampire lore, not entirely unlike what Bram Stoker did in 1897.

It’s a little older than what I wanted (published in 2005). But I bought it when it first came out based on reviews and recommendations – it’s been sitting on my shelves ever since. It’s not a short book: 642 pages. With everything else going on, it may be a real challenge to get it finished this month.

But following the principle of “read what you’ve got before you buy more” it’s the right choice. 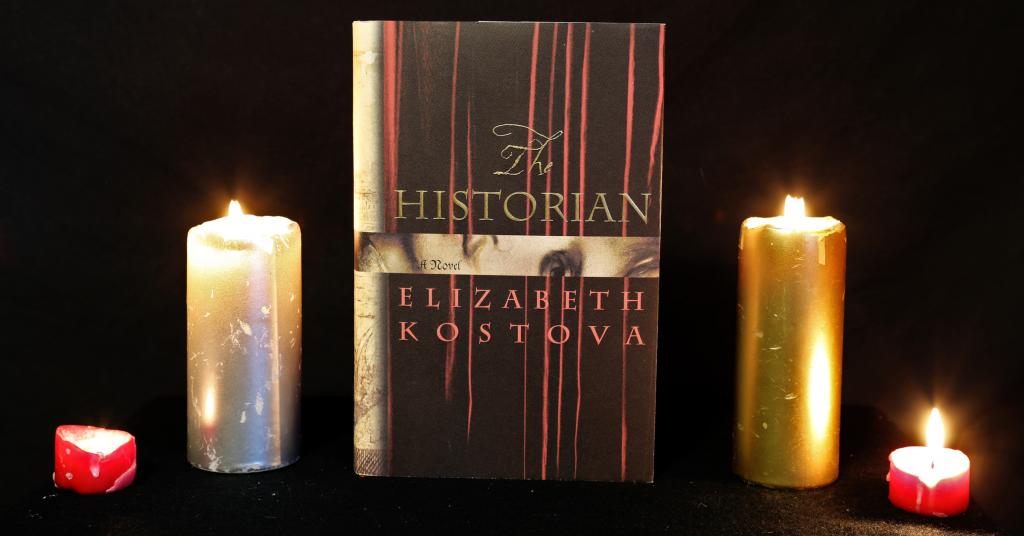 Second choice: The Once and Future Witches by Alix E. Harrow. Of all the recommendations on Facebook, this is the one that most grabbed my interest. It’s not a short book either (528 pages) but if I get back into the habit of reading regularly I’ll pick it up before too long.

An old movie that’s new to me: Count Dracula

This 1977 BBC film with Louis Jourdan as the Count is generally considered the most faithful adaptation of Bram Stoker’s novel ever made. I remember watching it on PBS as a teenager. I remember being vaguely disappointed, but I don’t remember why. I had read the book by then, so I knew the story would be different from the 1931 Lugosi film. It may have been the 1970s TV production quality. Or my expectations may have been so high nothing could have lived up to them.

In any case, it’s time to watch it again. And it’s available on Amazon Prime.

Second choice: Taste the Blood of Dracula. This 1970 Hammer Film was the fourth starring Christopher Lee as Dracula. I’m sure I’ve seen it, but the IMDb summary doesn’t ring a bell. TCM is showing it the afternoon of October 21, and Amazon has it to rent for $1.99.

Want to take the challenge?

I’m sure I’m not the only one who’s been watching my old favorites to the exclusion of new material. If your movies and books have gotten stale – if you’re missing out on new stuff – take the October Viewing and Reading Challenge.

Tell us about your choices – and how you liked them – in the comments. 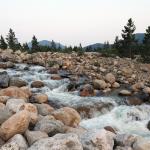 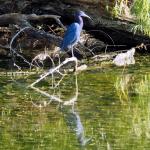 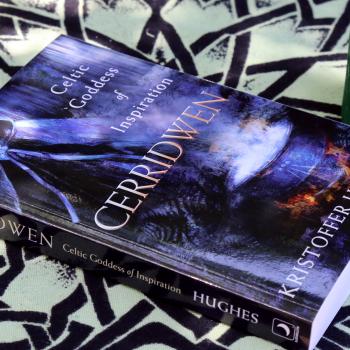 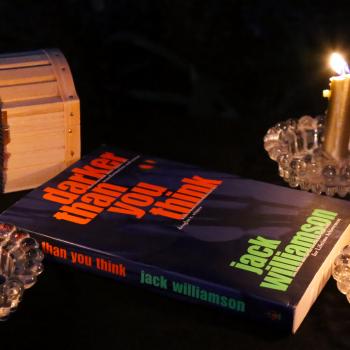