How It Went: Four Reviews from the October Viewing and Reading Challenge

How It Went: Four Reviews from the October Viewing and Reading Challenge October 28, 2021 John Beckett

When I started working on a Halloween movie post for this year, I found I was mostly writing about movies I’ve written about before. That’s because I’ve mainly been watching my favorite movies and TV shows over and over again. And while comfort-watching is fine, at some point you need something new and fresh.

So I issued An October Viewing and Reading Challenge. During the month, I wanted to watch one new movie, one new TV series, one old movie that I’ve forgotten, and read one new book.

The grades I gave each selection aren’t how good I think they are or even how much I liked them – the highest grade I gave was the selection I enjoyed the least. Rather, they’re how well the selection fit what I was looking for.

This was the first part of the challenge I tackled. And I needed the challenge to do it – I had to make myself sit down and watch the first episode. I was afraid it would be slow and I’d be out the time.

It was not slow.

Lonnie Scott of Weird Web Radio called Brand New Cherry Flavor “bizarre” and I think that’s the best description of it I can come up with. There aren’t any good guys or bad guys, though some are clearly worse than others. It’s a story of revenge and how sometimes you get it and sometimes you just make things worse for yourself. And sometimes you get both.

Although the Fair Folk are not in this series, it could have been about how to negotiate with themselves. Assume nothing, spell out all agreements explicitly, understand that all ambiguities will be interpreted in their favor and not in yours, and know that you will be held to your word whether you like it or not. You can’t just walk away no matter how bad things get. Maybe the Fair Folk really do run Hollywood.

And also, magic is often perverse, giving us what we ask for in ways we’d rather not have.

Brand New Cherry Flavor is based on a novel of the same name. The series only covered the first few chapters. It ended in a good spot, but there’s more material to work with. So far, though, there are no plans for a second season.

How it fit what I was looking for: B+ I wanted something new, different, and magical. Brand New Cherry Flavor was all that. The story was good, the acting was good, and the visuals were interesting. I’m not likely to watch it again (though if there’s a second season I’ll jump on it) but for the October viewing challenge, it worked well. 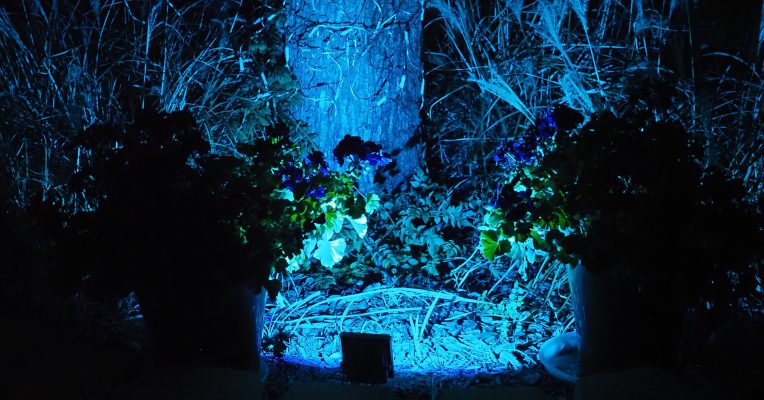 A new book: The Historian

Thankfully (for many reasons) I had a week off from work early in the month. So I was able to read all 642 pages of The Historian in five days, without losing sleep.

I understand why it got such good reviews – it’s a good story and it’s well written. It’s been compared to The DaVinci Code and I get that, but Elizabeth Kostova is a better writer than Dan Brown will ever be.

The Historian is a vampire novel. It’s a story about historical research methods. It’s a primer on Eastern Europe during the Cold War, with a bit of Ottoman history sprinkled in. It’s a book that has many layers. I won’t say it’s slow, but it is deliberate. It gives you just enough information to make you care what happens next, then keeps you waiting until the next major point is revealed. It lets you know the final destination in the earliest pages, but builds suspense around how it will get there – and who will still be alive when it does.

It’s probably unfair to call the ending anti-climactic, but it’s far shorter and more low-key than I expected. The epilogue leaves it somewhat open-ended, though I think it’s fair to say Kostova has no intention of writing a sequel.

The Historian is a modern Victorian novel with Victorian sensibilities. On one hand, that’s appropriate for a novel whose main character is 16. On the other hand, Kostova manages to write about Dracula the vampire and Vlad the Impaler in a rather bloodless fashion. That doesn’t detract from the story, but it does stand out by what’s not there.

How it fit what I was looking for: B The Historian is a classic vampire story with lots of authentic Eastern European history and lore. The characters are relatable and the story is well-written. But I was looking for something to inspire me to dive deeper into magic. Instead, The Historian inspires me to visit Eastern Europe. Which is rather hard to do right now, though not as hard as an American scholar getting into Hungary and Bulgaria in 1954. I’ll get there, eventually.

And I’m glad I read The Historian. 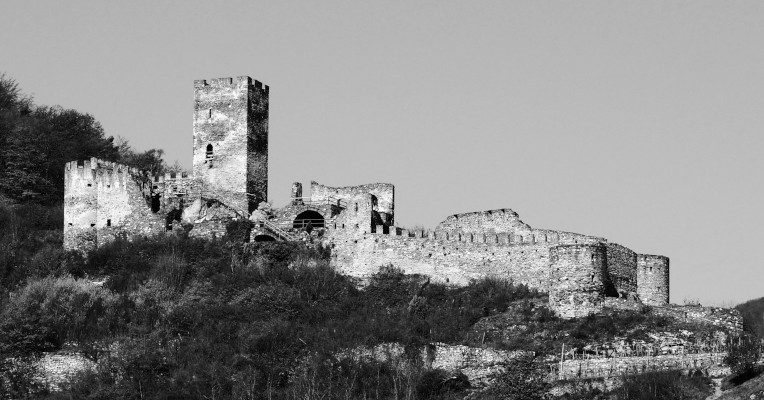 An old movie that’s new to me: Count Dracula

As a Dracula fan – and very nearly a Dracula completist, difficult as that is – I’m very glad I watched this movie. It’s a 1977 BBC film starring Louis Jourdan and it’s generally considered to be the most faithful adaptation of Stoker’s novel ever made. It’s been a while since I read the book, but the only differences I recognized were combining Quincey Morris and Arthur Holmwood into one character, making Mina and Lucy sisters, and the lack of Dracula going from old to young when he came to England.

However, it’s far from the best adaptation. It was a TV production and the effects were limited to a TV budget. The big screen version starring Frank Langella only two years later looked far better. Judi Bowker as Mina was good and Frank Finlay as Van Helsing was excellent, but Louis Jourdan was flat as Dracula – neither scary nor sexy nor particularly interesting.

I remember watching it on PBS when it first came out, but nothing about it was familiar. I remember being disappointed with it, but I can’t remember why. It may be because PBS showed it in three segments, weeks apart. Or it may be that the 16-year-old boy I was at the time was expecting late Hammer Films levels of nudity – there was none.

How it fit what I was looking for: A I wanted a vampire movie, of the kind that nobody makes anymore. I wanted something that was old but new to me. In other words, I wanted something familiar but not too familiar. Count Dracula checked all the boxes. It’s a good movie version of the book. If you’re a Dracula fan and you haven’t seen it, it’s well worth watching. Otherwise, you may prefer something else. 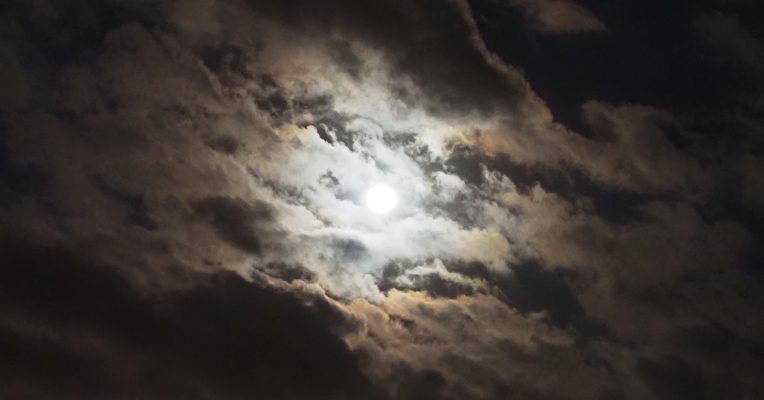 A new movie: A Girl Walks Home Alone At Night

Is A Girl Walks Home Alone At Night a vampire movie? The title character is a vampire, and rather traditionally so (no sparkly Twilight nonsense here). But the movie isn’t really about vampires and vampirism, either in the “evil undead who must be destroyed” sense or in the “sleep all day, party all night, live forever” sense.

Rather, this is a movie about people who do what they have to do to get by in a bad situation, and maybe manage to get out of Bad City. It’s about realizing that either you accept your friends’ flaws or you spend your life alone.

And it’s about a cat.

Billed as “the first Iranian vampire Western,” A Girl Walks Home Alone At Night was made in California, in black and white, in the Persian language with English subtitles. But there’s not a lot of dialogue – this is mainly a visual story. The black and white format adds to the dark atmosphere.

The Girl wears a traditional Iranian chador. Sheila Vand wears it much like a vampire cape – it reminded me of Gloria Holden in Dracula’s Daughter (1936). But underneath the open chador she wears a red (or maybe blue – it’s a black and white movie) and white striped shirt, letting you know this isn’t your stereotypical vampire (and also making a statement about the oppression of women in Iran). And then there’s the skateboard.

A Girl Walks Home Alone At Night was made in 2014, but it seems very appropriate for 2021… and I’m afraid, for many more years to come.

How it fit what I was looking for: B+ I wanted a new vampire movie, and this is very much that. And it’s a good movie. But I really wanted gothic fantasy instead of a stark commentary on the contemporary world.

I saved this one for last because I thought it might be the best. Was it? That’s hard to say, but I can say that it’s the only one I’m likely to watch again.

What I learned from this challenge

I learned two main things from this challenge.

First, there are some good new books, movies, and TV shows out there. And when a bunch of my friends recommend something, it’s probably worth my time to check it out. It’s certainly better than watching the same YouTube videos over and over again.

But also, there’s a difference between something I watch once and enjoy and something I want to watch over and over again. Movies I watch multiple times all have something in them that grab my attention and keep it. I’m not sure I understand exactly what that is, but I know it when I see it.

And there’s nothing wrong with enjoying your favorites, especially when you live in “unprecedented times.”

I’ve spent most of my blogging career telling people not to waste time getting hung up with entertainment, and now I’m telling myself to pay more attention to entertainment. That’s not a contradiction, but it is somewhat ironic.

Good books, movies, and TV shows can be inspiring. They can take our minds off our problems for a while and let us rest. They can be fun, and fun is good.

Having seen the benefit of sampling new material, I trust I won’t need any more challenges. So I’m going to keep watching and reading. When I come across something I think is particularly good, I’ll tell you about it: maybe here on the blog, maybe on social media, and maybe in my weekly newsletter (which you should subscribe to if you haven’t already – see the big green block at the bottom of this page).

I had a good time with my October reading and viewing challenge. I hope you did too. 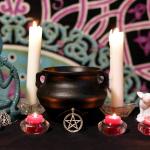 October 31, 2021 Season of the Witch
Recent Comments
0 | Leave a Comment
Browse Our Archives
get the latest updates from
John Beckett
and the Patheos
Pagan
Channel
POPULAR AT PATHEOS Pagan
1