The Steps of Pagan Religious Life – A Roadmap

What does a mature and effective Pagan and polytheist spiritual practice look like? What are the steps along the path? How do you get there?

If our Pagan religions were more widespread and institutionalized, we would grow up knowing what that looks like, because we would see other people doing it on a regular basis. Instead, we grow up learning something about the spiritual practices and religious lives of Roman Catholics, Mainline Protestants, and Evangelical Protestants. Depending on where we live and our family background, we may learn something about the religious lives of Jews or Muslims, Buddhists or Hindus.

Recently I had a question asking about “levels of religious life” as a Pagan. There are two problems in answering that question.

The second problem is that many Pagans have an extreme dislike for anything resembling hierarchy. The very idea of “levels” is anathema to them.

Still, it’s a legitimate question. Religious freedom need not lead to religious anarchy – particularly for those who don’t want religious anarchy. Those who are starting out can benefit by seeing what those who have gone before them have done – there’s no need for everyone to start from zero.

So in this post I want to talk about the steps of Pagan religious life. I want to draw a map to show people an effective approach to building and advancing their practice in a way that’s meaningful and helpful. It’s not the only way and it’s certainly not the One True Way, but it’s a way – and it’s a way that works.

I’m writing primarily for solitary practitioners and for those who are affiliated with informal groups. If you’re a Gardnerian Wiccan, you’ve already got a roadmap – you don’t need mine. And I’m writing for people who want to grow their practice – who want to make it deeper and more meaningful. If you’re happy where you are, if your goal is to “just be” then this post isn’t for you.

But if you’re looking for a roadmap to greater Pagan spiritual depth, read on. 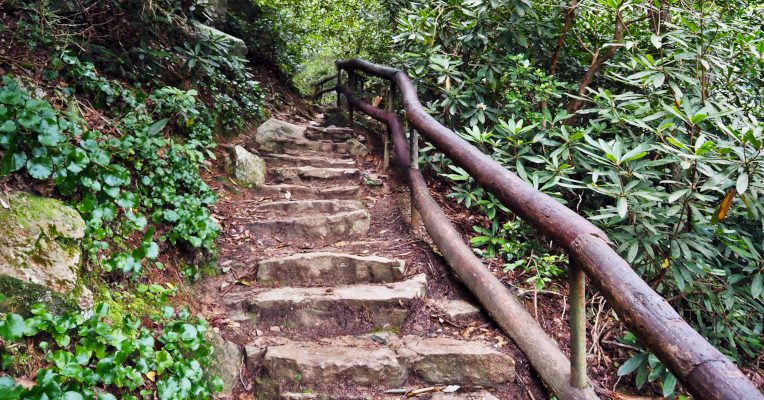 This is where most of us start. We’re dissatisfied where we are. We’re in a religion where we’re told we have to believe things we can’t honestly believe. We’re told we have to vote for certain parties and candidates, even though they’re actively opposed to our values. We know we need something else, but we don’t know what.

Or we’re in no religion, and we feel the call to something more. Either way, we want something different, but we don’t know what. We don’t even know what our options are.

And so we seek – we try to discover what’s out there, looking for what might be right for us.

The term “seeker” isn’t popular with some religious people. Too often it refers to people who are perpetual seekers and who often take bits and pieces of traditions out of their sacred contexts. Often it’s people whose spirituality is a mile wide and an inch deep.

But we live in the most religiously diverse society in the history of humanity. We owe it to ourselves to investigate not just one path but many paths. Read books, attend services, talk to practitioners. You’re making an important decision. Do your best to make a well-informed decision.

I don’t like the term “explorer” – it has imperialist and colonialist implications. But I don’t have a better one (without appropriating jargon from another religion), and it is very descriptive, so it’s what I’m using.

At some point, your seeking will lead you to something that seems like it might be right for you. Then it’s time to stop looking around and start looking more deeply where you are. This is the “try it on” step in the process. You move from reading to doing – and you read some deeper books. You don’t just talk to practitioners, you practice with them. You attend services regularly.

And you stop window-shopping other religions and traditions.

You’ve already recognized that this path might be right for you. Now you’re trying to learn enough to decide if it really is. 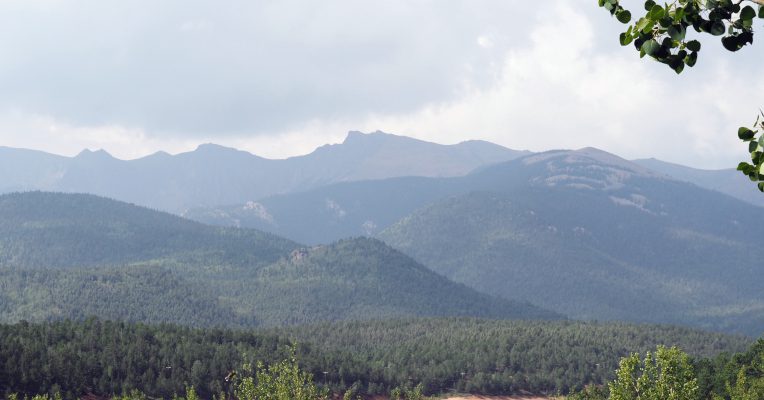 Maybe you learn and do enough to say “this is the right path for me.” Or maybe you read and study and practice and one day you look back and you realize you’ve been following this path for a year – and you don’t really want to try anything else.

At this point, you’ve got a regular spiritual practice. It may be in its early stages, but you’re praying, meditating, and making offerings on a daily or weekly basis. You’re doing something for the high days in your tradition. If magic is part of your tradition, you’re doing something at least monthly. You may not have a patron deity – you may never have a patron deity and that’s OK – but there’s a God or several Gods or a pantheon you’re interested in and you’re actively worshipping, working with, and working for Them.

You’re now devoted to this path, to this tradition, to these Gods.

It’s not a permanent relationship. You can still change your mind if it doesn’t work out, or if you run into something that blows you away and demands that you check it out. But you’re not looking for something to blow you away. You’re not a seeker or an explorer anymore. You’ve found where you belong, at least for now.

In a perfect world, everyone would eventually get to this step – everyone would find where they belong. In reality, some people are addicted to seeking, and others just aren’t interested in religion and spirituality at any level. So be it.

But if you want real spiritual depth in your life, you’ve got to get to this step.

Some people, perhaps many people, will never go past the devotee step. They do what they do, they’re happy with it, and it’s enough for them. It really is enough.

Those who say “everybody should do their own thing” have a point. But some people’s “own thing” is greater depth and greater commitment. Mine certainly is.

At some point you realize this isn’t just a good path, it’s the right path for you. They’re not just Gods, They’re the Gods you want to worship and work with for the rest of your life. It’s not “many paths up one mountain” but rather many paths up many different mountains, and this is the mountain where you belong.

This is like a marriage – it’s intended to be “till death do us part.” You can get out of it (sometimes, maybe) but it’s expensive and messy and painful. And so it shouldn’t be entered into lightly.

But if you want it, and you need it, and you’re called to it, you can’t imagine doing anything else. 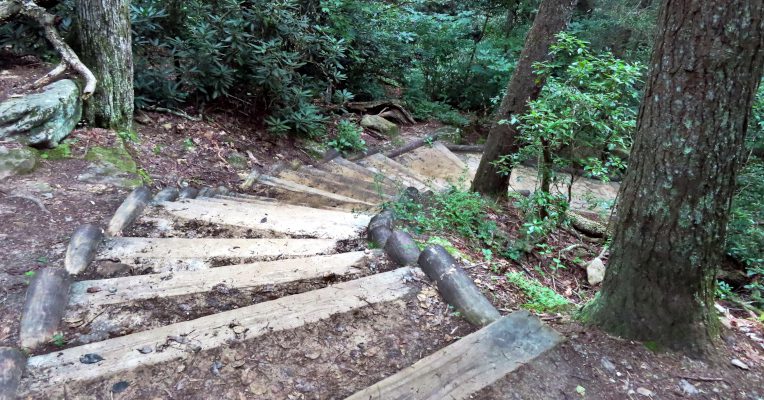 As I see it – and as I live it – this is the top step. This is as high as you can climb, or if you prefer, as deep as you can go. Once you’re formally committed to your Gods and your tradition, all that’s left is to live out that commitment as fully as you can. There’s a lot of work left to be done – work that may take many forms – but there are no more steps to climb.

There are, however, two critical roles that you may – or may not – be called to fill.

I’ve written a fair amount on Pagan priesthood over the years. Rather than restate it here, I’ll refer you to these four posts:

A Practical Guide to Pagan Priesthood: A Book Review (2020)

For the purposes of this discussion, what’s important is that a priest is a consecrated religious specialist who 1) serves their God or Gods, 2) mediates for those Gods, and 3) serves their community.

But priesthood isn’t something everyone is called to be. It’s not a level in a hierarchy. It’s a set of duties and responsibilities, fulfilled within the context of a sacred relationship.

Mainly, it’s a lot of work.

You can teach at any level. Or rather, people at every level teach. That said, seekers and explorers shouldn’t teach. That’s one of the primary complaints against them – too many people read a book and then decide they’re ready to teach. Or these days, ready to become a social media influencer.

The first obligation of a teacher isn’t to the students, but to the tradition: to represent it faithfully and to present it accurately and effectively. You can’t do that if you don’t understand it, and you can’t understand it if you haven’t been practicing it long enough and deeply enough.

But by the time you’re a devotee, you probably understand your tradition well enough to teach at least the basics. If you’re a formal devotee, you’re likely to be asked to teach – or told to teach.

Teaching is a tremendous obligation, to your tradition and to your students. Do your best and never pretend you know more than you do and you’ll do fine.

But as with priesthood, teaching isn’t a level in a hierarchy. It’s a role to be filled. 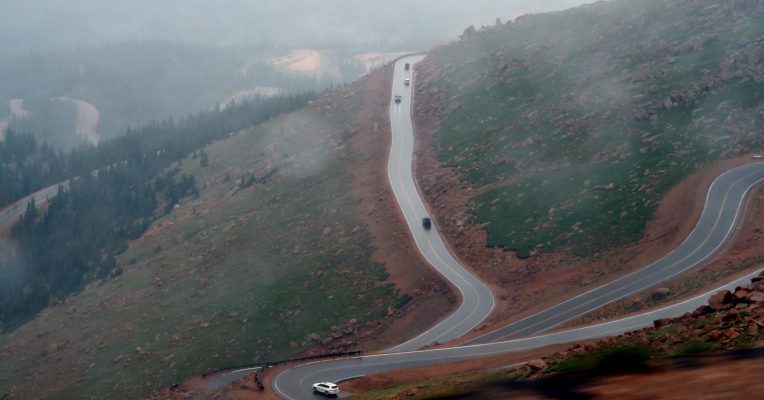 What we do at each of these steps looks very similar. Read and study. Pray, meditate, and make offerings. Celebrate the high days and holy days. Worship our Gods and do Their work in this world. Learn and grow, serve our communities and our world.

At each step, what changes is the depth and intensity of our practices. What really changes is our commitment to our path and tradition.

We begin as seekers who don’t even know what’s out there. Something grabs our attention and we become explorers, trying to learn more about it and seeing if it’s right for us. We pick a path – either with a conscious choice or because we start walking it and never see fit to stop – and so we become devotees. And at some point we make that choice permanent – we become formal devotees.

None of these steps carry rank and privilege, especially for those who practice solitary. Rather, they reflect an incremental increase in understanding, commitment, and obligation.

Blessings to you on your path, where ever it may lead. 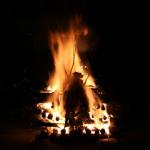 February 8, 2022
Those Who Burn Books Will Eventually Burn People
Next Post 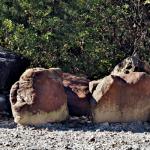 February 13, 2022 This Far and No Farther
Recent Comments
0 | Leave a Comment
"Thank you for this. I did not know about "Wednesday" and reactivated my Netflix account ..."
OrderInTheQuartz Wednesday
"Glad to hear a review from you. I keep hearing nonsense from people who just ..."
MadGastronomer Wednesday
"Yes, the "who is considered a Witch" question can lead to some real heated debates. ..."
Amanda Ingalls Who is Really a Witch?
"I LOVE watching anything related to space. I read "Adventures in the Solar System" when ..."
Amanda Ingalls Paganism in Space – Beyond “Earth-Centered”
Browse Our Archives
Related posts from John Beckett