How Is “Convert, You Sinner!” Loving? 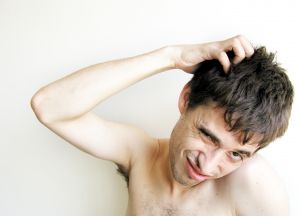 “I don’t think you’re a loser; I know you’re a loser.” That’s the message that non-Christians necessarily receive from any Christian who tries to convert them.

In Mark 12, Jesus emphatically declares that the most important commandment of all is to love God, and to love your neighbor as yourself. “There is no commandment greater than these,” he says. Mark 12:14-28 is known as the Great Commandment, because that’s what Jesus himself called it.

At the end of the Book of Matthew, Jesus tells his disciples to, “Go and make disciples of all nations…teaching them to obey everything I have commanded you.” Matthew 28:16-20 is called the Great Commission, because that’s what people (and not, notably, Jesus) decided to call it.

Thus is the Christian in the position of wanting to simultaneously convey to the non-Christian two diametrically opposed messages: “I love you,” and “You should completely change everything about yourself.”

I Love You, You’re Perfect, Now Change is the name of a long-running off-Broadway musical comedy. Funny title! So passive-aggressive!

Less funny if you’re actually on the receiving end of that message, of course.

Most people react to being told that they need to become someone radically different than they are — and especially to being told that by someone whom they never invited to venture any opinion on the matter at all — by (in one way or another) distancing themselves from whomever told them that. Who wants to hang out with a person who they know believes them to be wrong about some of the most personal and important topics anyone can be wrong about? And the non-Christian isn’t being told by the evangelizing Christian that he’s wrong about what team is going to win the Super Bowl, or about which brand of toothpaste is the best. He’s being told he’s wrong about God. And if you’re wrong about God, you’re wrong about a lot of extremely crucial stuff: divinity, cosmology, nature, destiny, morality, knowledge, the nature of Self, the afterlife, what you should do on Sunday mornings, etc. Being wrong about God means being about as wrong as wrong gets.

And it’s not like Christians believe that non-Christians are just a little bit wrong about God. They think they’re so incredibly wrong about God that the price they’ll have to pay for just how wrong they are is having the living flesh seared off their bones for all of eternity.

That’s one big giant can of wrongness.

The problem is that evangelizing fails like a coke-snorting preacher sermonizing on the joys of moderation. Trying to convert people never works, and every Christian who’s ever tried it knows it. It’s no mystery as to why that is: again, who enjoys listening to another person tell them that they’re unworthy of respect? And that’s where the logic board of so many Christians seems to blow: they can’t grasp why telling a person that they need to radically alter who they are is profoundly, offensively disrespectful to that person.

And that’s a long, long way from a message of love. Because love proffered minus respect is like a bowl of plastic fruit: it looks healthy and nourishing—but it’s not. Love without respect is, in fact, no love at all. At best it’s patronizing.

And so ultimately there stands the shunned Christian, full of love for the non-Christian he has insistently driven from himself. We can only hope — before it is too late for his soul — that he realizes that in his zeal for fulfilling the Great Commission, he has egregiously violated the Great Commandment.

For Christians to solve their “I love you; what a terrible shame you’re you” conundrum, all they have to do is realize that what Jesus tells his disciples at the end of Matthew was critical at that time. When he said those words, almost no one but those at that moment listening to him had heard of Christ or his message; then, his disciples needed to get out there and spread the word, in order to ensure that word survived at all.

But today? Not so much with the urgency.

Today, Christians can rejoice in the fact that the Great Commission has been fulfilled. It’s done! It’s over! Yayeth! Christianity is, and has long been, firmly entrenched virtually everywhere in America. Television, radio, video, the Internet, almost as many churches as there are Starbucks: there are infinite information streams about Christianity available 24/7 to any and all. No Christian has to worry about anyone out there being ignorant of Christianity. Everybody knows about Christianity. Which means that in America today, it’s very safe to trust that the reason for which any given person is not a Christian is because they have weighed the evidence and chosen not to be a Christian. (And it’s likely that one of the reasons they so decided is all the Christians forever running around telling everyone else what they should and shouldn’t believe. Most people aren’t keen on joining a club of apparent crazies.)

I am a Christian. And oh, Lord, how I wish my fellow believers would start worrying less about fulfilling the Great Commission, and start worrying more about fulfilling the Great Commandment. It’s too easy — not to mention egotistically gratifying — to preach to others about how they should be. We need to do the infinitely more challenging and certainly more humbling thing. We need to do as Jesus did. We need to love and respect people exactly as we find them.

June 15, 2010 An interview about my book "I'm OK -- You're Not."
Recent Comments
235 Comments | Leave a Comment
"Y'all are nuts and I'm a Christian! Call evil out and yall are evil. Monte ..."
Lesa Jackson How I Blog (and Why I’m ..."
"abusers are master manipulators."
Brandon Roberts That lovable man who abuses you
"Triggered? No. Confused?... Yes. At the amount of assumptions you seem to be making stemming ..."
Isaac A Christianity to make Satan proud
"Can I elaborate? Absolutely. I could write books and books on the subject. However, I ..."
Liora Hess A Christianity to make Satan proud
Browse Our Archives
get the latest from
John Shore
Sign up for our newsletter
POPULAR AT PATHEOS Progressive Christian
1

Racism: Guilt and Culpability The Peripatetic Preacher
Many of those of us who are white citizens of US America...
view all Progressive Christian blogs
What Are Your Thoughts?leave a comment
Copyright 2008-2020, Patheos. All rights reserved.