How I lost my virginity to my high school teacher

How I lost my virginity to my high school teacher September 3, 2010 John Shore 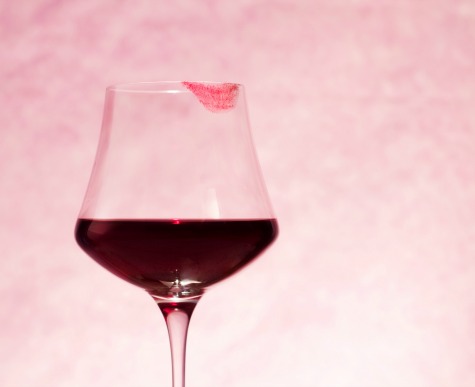 Well, I see by the ol’ calendar that once again school is upon us. Not upon me—but upon many.

Speaking of school being upon people, when I was seventeen I lost my virginity to one of the teachers at my high school.

Out of the blue one Thursday night Miss Usher (not her real name) phoned me at home.

“I’m out of cigarettes,” she said. “Could you do me the biggest favor, and come bring me a pack? My roommate’s out of town, and my car isn’t working. And I’m just dying for a smoke.”

In the kitchen, cooking while also clearly listening in on my conversation, was my stepmother. After I hung up the phone I told her where I was going.

“For the fact that you are about to have sex, that’s what.”

I wasn’t terribly fond of my stepmother. But, as it turned out, she knew some stuff.

“Because no woman calls a guy at night and tells him to bring over some cigarettes unless she wants to have sex with him. Pffft. Cigarettes. She’s not even trying to be original.”

“Trust me. That woman is already smokin’.”

Upon arriving at Miss Usher’s home I found her porch in pitch darkness. I felt around until I found the button for her bell. (Har! But moving on … .) Upon opening her door she was illuminated from behind: all I could see was the silhouette of her body in this … I don’t even know what they’re called: like a bathrobe—but made of thin, slightly layered, see-through silky-type material. A gown, I guess? But not like a hospital gown. Like a sex gown. And she appeared to be naked beneath it.

Right there on Miss Usher’s porch my right leg started shaking like it wanted to hop right off of me and go cavorting with the kangaroos in Australia.

“Do you have my cigarettes?” purred Miss Usher.

“I do!” I said, wiggling in the air my brown paper bag from 7-11. “Winstons! Just like you asked! Winstons taste good, like a cigarette should! Hahahahahahahahahahaha.”

“My hero.” Pulling her door open, she gently waved the glass of red wine in her hand. “Come on in.”

I secretly begged my yearning-to-be-free leg to allow me to walk at least semi-normally. And, lo and behold, I made it inside Miss Usher’s house without lurching straight into her and/or destroying anything in her entryway.

Miss Usher sat on the white sectional couch in her living room, her legs folded beneath her. I sat on the carpet in front of her couch. In a determined effort to stop it from causing my entire body to shake like an unbalanced washing machine, I put directly atop my leg as much of my body weight as possible without looking like a carnival contortionist.

After taking a sip of her wine, Miss Usher said, “I’m so glad you came over tonight, John.” I think that’s what she said, anyway. The lipstick left behind on her glass had somehow made me a little deaf.

“I’m glad you asked me to. I didn’t have any plans for tonight.” My voice sounded like one of those warbling wood saws.

“What? You, with no plans? I find that hard to believe.” Sticking out her bottom lip in a little empathy pout, she tilted her head a bit. “Girlfriend busy tonight?”

I pressed down on my leg so hard to this day it’s a miracle I can walk. “Actually, I’m sort of between girlfriends at the moment.” This time I sounded like a kazoo. I took a slug from my glass of wine.

Gently biting the tip of her little finger between her front teeth, Miss Usher said, “Do you know why I called you over here tonight?”

While I struggled to recall literally any word that I had ever learned—or even a noise that communicated something coherent—Miss Usher shifted her position on the couch in such a way as to reveal so much of her upper thigh that my thigh suddenly stopped moving.

And it’s not like the top of her sex gown was exactly choking her to death.

“Because you’re the best educator ever?” I offered.

She laughed and stood up from the couch. Holding out her hand to me, she said, “C’mon, funny guy. Let’s go into my bedroom. There’s something I want to show you.”

Yada, yada, yada—and the next morning I was late to my oceanography class.

Though prior to that night I was, technically speaking, a virgin, I wasn’t exactly a sexual neophyte. But until that night I had always stopped short of … knocking in a home run, because I wanted to get a girl pregnant like I wanted to get my badoinker slammed in a car door. But Miss Usher was on the pill, and, I knew, wasn’t about to allow herself to get pregnant.

So, for me personally, that night proved to be an ideal way to lose what was left of my virginity. Miss Usher was great. Toward the end of the summer before the following school year she moved away to take a much better job. During the six or so months that I knew her intimately I thought of her as a friend, and have considered her one ever since.

September 4, 2010 Toddlers Attack My Pipes!
Recent Comments
262 Comments | Leave a Comment
Browse Our Archives
get the latest from
John Shore
Sign up for our newsletter
POPULAR AT PATHEOS Progressive Christian
1