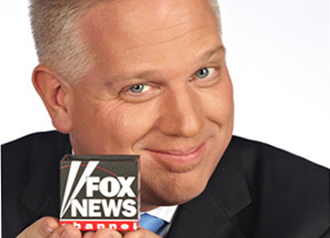 I don’t watch TV. I mean, I watch stuff on my TV—but “only” DVD’s, since I don’t subscribe to any cable service. I would watch regular TV, but I have issues with commercials. So I don’t.

Another reason I don’t watch TV is because I’m afraid that if I do, I might accidentally watch Glenn Beck. And life’s too short for that.

I can’t tell you with what assiduousness I ignored this recent thing with Beck daring to screw with Martin Luther King’s legacy. But I’d have had better luck ignoring a tornado taking out half my house. It’s everywhere.

Anyway, I’ve gotten a few emails asking for my take on Beck’s “Restoring American’s Honor,” or, “Call to God,” or, “Hey, look, everybody: Sarah Palin! Finally, a hottie cheerleader’s talking to me!” big event last Saturday. So here that is:

An attention-crazed showman gets super-popular because he taps into the racism engendered by a half-black president. Lots of right-wingy types embrace him, and he becomes the wild-eyed public mouthpiece for whatever weird amalgam of conservative political philosophy and raw fear-mongering he can concentrate on long enough to start crying about.

He craves more power and attention, because that craving is all he knows. Having captured what he can of the political right, he starts eyeballing their longtime allies, the Christian right. But he understands that being a Mormon who was raised Roman Catholic might make him a hard sell with the evangelicals. But no worries, because he’s got what a lot of mega-church leaders desperately want, which is legions of devoted fans and major media access. So at the John F. Kennedy Center the night before his big “Restoring America’s Honor” rally, Beck holds an event modestly billed as “Glenn Beck’s Divine Destiny”; thousands of Christian leaders wanting part of Beck’s action attend (giving him, of course, a standing ovation); and voila: standing beside him on the steps of the Lincoln Memorial the next day are the likes of Rev. Richard Land, spokesman for the Southern Baptist Convention (which boasts 16 million members and more than 42,000 churches), and Jim Garlow, lead pastor of Skyline Wesleyan, the mega-church in La Mesa, Calif.

Said Mr. Garlow in a statement, “Beck is being used by God—mightily.”

And the following morning, there’s Beck on “Fox News Sunday,” piously intoning, “There’s nothing we can do that will solve the problems that we have and keep the peace unless we solve it through God.”

On “Fox News Sunday” Beck also recanted his statement from last year that “Mr. Obama is a racist with a deep-seated hatred for white people.” He allowed as how he shouldn’t have said that.

Now, he explained, his problem with Obama is that he isn’t a true Christian.

“Obama is a guy who understands the world through liberation theology, which is oppressor-and-victim,” said the sagacious Beck. “People aren’t recognizing his version of Christianity. You see, it’s all about victims and victimhood; oppressors and the oppressed; reparations, not repentance [read:”Watch out, White America: he’s comin’ to get you!”]; collectivism, not individual salvation [read: “He’s a socialist!]. I don’t know what that is, other than it’s not Muslim [dingdingdingding!], it’s not Christian. It’s a perversion of the gospel of Jesus Christ as most Christians know it.”

And in one weekend, he wraps up what he can get of the Christian market. (Not of course, that he’s yet done with that crusade.)

We have always had among us media-savvy megalomaniacs craving power and artfully appealing to the worst in people. We always will. When one of them starts getting real elected power, ala Hitler, then we’ve got a problem. But as long as they’re contained to posturing and braying on TV—which, in the end, is about nothing but selling cars and laundry detergent? Then I’ll keep happily tuning out, and thanking God for the likes of Jerry Seinfeld and Steve Carell. On DVD.

Come join/hang out with me on my Facebook fan page!

September 1, 2010
Speaking of Depression and Prayer (on the Radio...)
Next Post 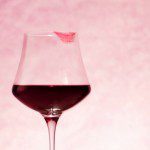 September 3, 2010 How I lost my virginity to my high school teacher
Recent Comments
295 Comments | Leave a Comment
"Y'all are nuts and I'm a Christian! Call evil out and yall are evil. Monte ..."
Lesa Jackson How I Blog (and Why I’m ..."
"abusers are master manipulators."
Brandon Roberts That lovable man who abuses you
"Triggered? No. Confused?... Yes. At the amount of assumptions you seem to be making stemming ..."
Isaac A Christianity to make Satan proud
"Can I elaborate? Absolutely. I could write books and books on the subject. However, I ..."
Liora Hess A Christianity to make Satan proud
Browse Our Archives
get the latest from
John Shore
Sign up for our newsletter
POPULAR AT PATHEOS Progressive Christian
1