9 reasons to never yell at your employees 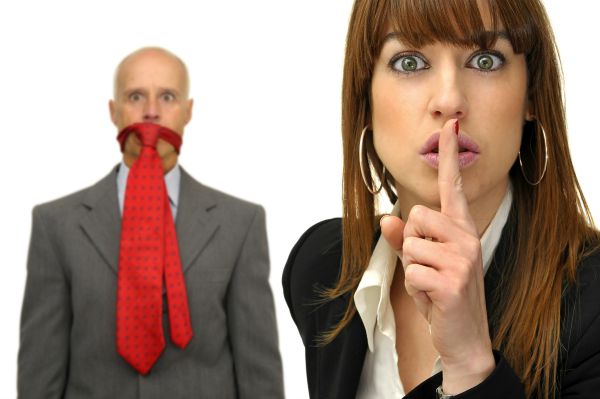 This is a guest post from my wife Catherine, who over the last thirty years has held senior management positions in banking, manufacturing, and non-profit companies.

Getting terribly frustrated at his or her staff is as much a part of a manager’s job as brushing their teeth is (we hope!) a part of their daily routine. Regularly having good reason to regularly angry is simply part and parcel of the management package.

Even the best managers can often find themselves so frustrated that they blow-up at their staff—and in front of others, too. But that’s one of the most counter-productive things that any manager can do.

When you regularly, and especially publicly, show anger to your staff, here are nine extremely counter-productive things you’re also doing:

1. You’re training your staff not to think. Managers are often frustrated at their staff  for not thinking things through. But by getting angry at them, you are actually training your staff to not think—because thinking requires confidence and a kind of internal initiative. But when a mistake can result in a public dressing down, your staff will lack that confidence and sense of initiative. They will stick to the safer, non-thinking way. And then you just lost a ton of potential.

2. You’re making your staff less productive. When someone shows anger at you, your entirely natural response is to show anger back at them. But because you are their boss, an employee toward whom you have shown anger can’t respond in kind. They can’t have it out; they can’t vent; they can’t rage and scream the way you have. But their natural angry response certainly doesn’t go away. They usually won’t say anything directly to you, but they will remain angry. They will fume; they will stew; they will think about quitting; they will resent the company; they’ll talk furious smack about you to their fellow employees–and, until their anger dissipates, you can be they’ll be a whole lot less productive.

3. You’re diminishing your own authority. When you routinely show anger at your staff, they will do what people under stress always do: bond together for mutual comfort and support. They will roll their eyes behind your back; they will give someone to whom you’ve been harsh a comforting hug; they will tell each other that they are right, and that you, yet again, are so very wrong. Ultimately, they will get into the habit of simply discounting everything you say. Your authority, and your ability to lead, will be gone.

4. You’re causing your staff to lose respect for you. Losing your temper makes you look out of control. And no matter what other great qualities you may possess, no one respects anyone who is incapable of controlling themselves.

5. You’re giving your staff the message that it is okay to break company rules. Your staff knows that your behavior is out of line with your company’s employee handbook. They see that you do not respect the rules, that you get away with breaking the rules, that, because you are in a supervisory position, you have even been rewarded for breaking the rules. When you blow up at them, the clear message that you send your staff is that in the company for which you all work, it is perfectly okay to break the rules—as long as you have the power to get away with it. That’s the kind of thing that makes people hate their job.

6. You’re guaranteeing you won’t be effective in your own responsibilities. If you’ve made your staff dislike you because of how often you blow up at them, you can bet they’ll watch you walk into an open manhole and never say a word. Most of them won’t purposefully and actively do you wrong, but it is a rare person who, for the good of the company, will risk the anger you’ve proven yourself all too ready to display by warning you that you are about to make a big mistake. Mostly they won’t care if you make a mistake. If anything, they’ll hope you do, so that maybe someone will blow-up at you the way you do to them.

7. You’re undermining your staff’s ability to work as a team. Because no one wants to be the one getting yelled at, your staff will compete with each other to be the one to whom you show the most favor. They’ll know what any kid knows, which is that the best way to avoid having authority figures get angry at them is to redirect their anger towards someone else. This natural stress response will often cause your staff to start actively working against one another. And without teamwork everyone fails—including you.

8. You’re encouraging your staff to make the same mistakes over and over again. Everyone wants to always be right and never make mistakes. And that basic human fact makes it hard for employees to change what they’ve been doing, because the first step in changing is to admit that whatever they’ve been doing needs changing—that they’ve been in error. Admitting that you’re wrong is hard enough under the best of circumstances. But when your manager is consistently showing anger toward you or others, then your instinct is to hunker down, dig in your heals, and grow stubborn about doing things in the same way you always have. That in itself becomes a way for you to fight when you can’t take flight. And then you have an employee who is a much bigger problem than they ever would have been if they didn’t feel constantly threatened by you.

9. You’re destroying morale. And that’s a terrible—and terribly unproductive—thing to do.

The main thing to remember is that because the people who work under you need their jobs to survive, everything you do as their boss becomes to them emotionally magnified. Every eyebrow you raise at an employee is likely to feel to them like a shout, any sharpness in your tone a major reprimand, every short flash of anger a rage. As a manager you must know that any display of anger toward them will become an emotionally significant event to your staff, for the simple fact that you hold their livelihood in the palm of your hand. And that power you have over them means that they cannot respond to your anger in kind. They can’t fight back, because they know, or at least feel, that doing so could get them fired.

So what happens? They take your abuse. And that humiliates them. And humiliated is one of the worst ways any person can feel. If you routinely humiliate your staff by, to any degree, blowing-up at them, then their success, your success, and the company’s success is guaranteed to suffer. Then you become, more than anything else, a problem.

Note: If you have or know of a manager or supervisor to whom you would like me to send this post, send me their email address (to john@johnshore.com), and I’ll do so, along with a simple note saying only that an anonymous reader asked me to send it to them.)

Related post of mine: 10 Mistakes Even Good Managers Make

September 21, 2010
The Curse of the Crappy Christians
Next Post

September 23, 2010 Honorable Discourse!
Recent Comments
25 Comments | Leave a Comment
"I am interested in why we believe that we can measure that which is by ..."
Gary Kennedy Why atheists win arguments with Christians ..."
"Tell him there is a bigger world out there and many churches now accept LGBTQ+ ..."
John Sweet Pastor calls his Christian teenage son ..."
"Je ne suis pas vraiment un lecteur Internet pour être honnête mais vos blogs vraiment ..."
에볼루션카지노 Thanksgiving 2012 Share a Prayer
"FOR THE READER'S BENEFIT & EDIFICATION:To see https://www.monergism.com/topics/hell The Biblical information therein refutes the cultists ..."
Thomas Dickensheets Proof that believing in hell is ..."
Browse Our Archives
Related posts from John Shore