The REAL Reason Christians (and Other People) Get So Crazy About Gays December 13, 2010 John Shore 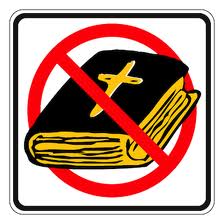 What fuels the fiery hatred that so many Christians and others harbor for gays can’t be explained by pointing to the Bible alone. Clearly something more visceral is being triggered there.

And for so many people, that something is everything.

Zillions of people are a long way from being okay with lesbians; I don’t mean to in any way minimize the bigotry against which lesbians constantly struggle. But generally—on an instinctual, immediate level—the lion’s share of the rabid anti-gay energy is focused upon “fags.”

And so that becomes the $83 million question (which is how much total was spent to promote and pass California’s Proposition 8): Why are so many people as reactive to gay men as they are? What is it about them, really, that they just hate so much?

And the answer to that question is simple: Gay men threaten the traditional power base of straight men.

Here’s the basic run of it inside the brain/heart/subconscious of a typical straight man:

I may not be much. But I’m a man. And that entitles me to a lot.

Two women together? That’s kind of cute—sexy, even. But it doesn’t scare me. Because neither of those women can threaten my power. They can’t undermine the truth that, as a man, I’m still (figuratively and literally) on top. Two women together doesn’t change the fact that this is still a man’s world.

But two men together? Yikes. That’s a problem for me. That’s when all the walls in my world begin to crumble.

A man who is gay is essentially my equal, my peer: he’s one of my kind. If it’s okay for him to be romantic with another man, then, for me, everything gets seriously thrown out of whack. Because where the heck does that leave me?

I’m a man. I get to be a man. That means I’m … the man! I’m in charge. I’m at the head of the table. I make the money. I have the muscles. I build the castles. I’m number one! But I can’t be number one without people below me to be number one over. No true boss doesn’t have subordinates. My whole organization—my entire power structure, everything that keeps me being The Man—absolutely, 100% depends upon me—and, by extension, upon my kind—being in charge.

And what we’re in charge of is women.

Swinger of clubs. Thruster of weapons.

That’s how it’s been. That’s how it’s supposed to be. That’s my goddamn right as a man. And if you try to take that from me, I will do everything in my power to make sure that you fail.

If men start loving men, then how can I dominate those men?

Men loving men takes away my power. It removes my power; it eliminates the place where I’m designed to exercise my power.

Gay men screw with the basis of my existence. And I will see them in hell before I’ll sit back and just let that happen.

And that’s how that goes.

And it’s hardly men alone who have invested their all into the traditional patriarchal power hierarchy. There’s much in that power structure that has always worked for women, too.

The traditional power hierarchy is traditional for a reason. Men are stronger than women. Traditionally the did have to go out and hunt, and chop down trees, and build homes. Women did have to stay home and have the babies. That’s how our species grew.

Gender matters. It’s real. And it’s sure mattered in the past.

But today? When meat’s for sale at any grocery store, and most guys wouldn’t know an ax from a fax? When women can tap a keypad with the best of ’em? When it’s brains that matter, and not brawn at all? When the winner is the one who is the most creative, the quickest to adapt—the one who’s best at relationships?

Today, the ground beneath the personal politics and power of gender is shaking like a California earthquake.

And grabbing onto your Bible won’t stop that movement. Nothing can.

It’s a new world. And it’s time to be brave about it.

And mostly, of course, it’s time to realize that when it comes to men loving men and women loving women, straight people have nothing—nothing—to fear but fear itself.

December 15, 2010 The Ruinous Nightmare of "The Twelve Days of Christmas"
Recent Comments
287 Comments | Leave a Comment
Browse Our Archives
get the latest from
John Shore
Sign up for our newsletter
POPULAR AT PATHEOS Progressive Christian
1