The Absence of God: A Kinder, Gentler Hell? 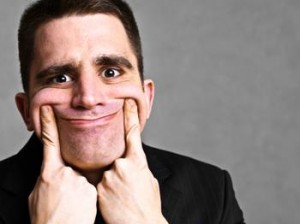 These days Christians rarely assert that hell is a place where people get burned alive. It’s become de rigueur for Christians to instead say that hell is “the absence of God.” We’ve all heard that a million times; Christians—especially of the emergent/leftist/progressive persuasion (my peeps!)—fairly love saying it. The idea is that existing outside of the presence of God is a kinder, gentler fate than is having one’s mortal body burned alive.

The problem, though, is that the new Christian line does not describe a kinder, gentler hell. If anything, the “absence of God” defines a hell worse than the old fire-and-brimstone one.

Saying that the old version of hell is cruelly passé and that the new one is somehow more humane is like saying that things have really improved since cops stopped beating suspects with clubs and started Tasering them in the balls. Sure, it’s a new approach. And it’s definitely less messy. But it’s hardly a preferable way to suffer.

If you’re a Christian then you believe that God, who is love, informs and sustains our world. You remove God from the world, and you necessarily have the worse hell imaginable. Because then there’s no force in the world to oppose evil, which can then run rampant. Maybe, since humans without even the capacity for love must become animals, what results is violent, horrifically degrading, never ending chaos for all. Maybe in this new hell everyone ends up naked, in the dark, cold and utterly isolated from all other humans.

Maybe everyone ends up being burned alive.

It doesn’t matter. Torture is torture. It’s all the same. It’s a world defined by evil–which means it’s a world in which innocent people suffer the worst torture imaginable.

“Hell is the absence of God” reminds me so much of that wretched other new Christian standard, “Love the sinner; hate the sin.” It makes the person who says it feel better. It sounds spiritually evolved. But it’s nothing but the same old poison in a brand new bottle.

July 10, 2011 A Bit o' Fundy Love
Recent Comments
99 Comments | Leave a Comment
Browse Our Archives
get the latest from
John Shore
Sign up for our newsletter
POPULAR AT PATHEOS Progressive Christian
1