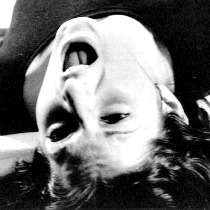 This is a guest post by Christy Caine, who blogs at Leap of Fate.

[I was raised] in an Independent Fundamentalist Baptist church, home, and school. There was intense focus on the filthy rags verse. We were indoctrinated to believe that we were completely worthless in the eyes of God; and this is how we came to view everyone else as well — which leads to the hubris and judgmentalism so common to fundamentalism. We were taught we were dirt: undeserving, untrustworthy. Humility was expressed as: I don’t deserve God’s love; I don’t deserve God’s blessing; I’m so lucky He doesn’t just strike me dead right here this very instant because I am so evil and full of sin.

We were taught that Satan will take every opportunity to creep in and trick us away from the narrow path. Questions, doubt, and sin were of the Devil, evidence of weak faith, or of no faith at all. If you still struggled with sin of any kind, then maybe you weren’t really a Christian after all. Maybe you needed to pray the sinner’s prayer again, and really ask Jesus to come into your heart and forgive you — and this time really mean it. They preached eternal security, except when they doubted your sincerity of heart when evidence of change in your life didn’t meet their standards. You can be certain of your salvation once you are saved, they taught, but they worked really hard at creating doubt in the minds of their followers as to whether they were truly saved in the first place. Thus, we lived in perpetual fear and doubt of everyone and everything, including ourselves. If someone questioned our beliefs, a familiar response was that Satan was using them to try to trick us. And thus the focus on unyielding convictions and certainty.

There was such a strong focus on the verse, “not of works lest any man should boast,” that they did no works at all. There was no caring for the poor, no helping the homeless, no feeding the hungry, no clothing the naked. Getting people to church was the only “works.” Conversion and right belief were the cure for everything. Drug addict? Alcoholic? Smoker? Find Jesus. (It’s your free will to choose to do these things, after all; just stop doing them, and pray for God to take the sin away.)

Dance, drink, listen to worldly music, or go to movies? Find Jesus. Attend the wrong kind of church? Find the real Jesus. Your husband hits you? Bring him to church; he just needs to get right with Jesus (and, “that’s the the risk you run, honey, when you marry an unbeliever.”) About people who were down and out, they taught, “Well, that’s just evidence of them not having God in their life, not living the right way, and God not blessing them because they are sinful. And, anyway, they like their sin; they enjoy it; they don’t want to change; they hate God.”

Because of this their congregations learn to marginalize and fear “the other.” There was no compassion. No grace.

And we were taught not to question authority. How dare you ask God why that child died; how dare you be angry with God? You just need to accept God’s will. And by extension: How dare you question “God’s anointed” (the minister — who is always male). If you had tough questions about things that didn’t make sense, you were told that you just needed to pray and read your Bible more, and that clearly you were weak-minded and weren’t fighting off the influence of Satan. You aren’t “trying hard enough,” and “maybe you just can’t live the life; you obviously haven’t fully surrendered your heart and mind to God.”

And we were taught not to question our parents: they knew what was best for us (even if that meant reinforcing wrongheaded thinking, destroying our self-concept, and submitting us to the care of unhealthy people). “Of course the child won’t like corporal punishment,” they taught. “But you need to make sure it hurts. They won’t remember the next time if it doesn’t hurt. Your job as a parent is to break the will of the disobedient child, and conform his will to your own — just like we are to conform our own will to the will of God. Punishment isn’t supposed to be fun; it’s to get them to learn to obey.”

I can’t tell you how many sermons I heard on how the state and the government, if they had their way, would take away children from their Christian parents because of them spanking them. Thus the ingrained fear and distrust of government.

And we were taught as women not to question our husband, or men generally. The man is the head of the house, the head of the church — and God himself is male: “What right do think you have to question authority? You need to submit and obey and avoid idle talk.”

If anyone did question the minister and left the church, they were shunned, and the congregation was told that it was because that family couldn’t commit to the faith. Not, of course, because of the truth: that the minister was mismanaging funds, that bills were going unpaid, that he was protecting child abusers and rapists within the congregation, that he was manipulative and a narcissist, that people’s personal problems were routinely the subject of public sermons … .

And I’m sure I’m not the only fundamentalist kid to have a left-behind story: when I woke up from a nap, and for whatever reason couldn’t find a single soul, and went running through the house and outside looking for anyone who might possibly be born again so that I could relieve my anxiety that the Rapture hadn’t taken place. Fear and doubt: we were weaned on it.

This is the patriarchal, ego-fortifying, psyche-destroying, soul-crushing, domineering, brain-washing, fear-inducing, manipulative, spiritually abusive world of the fundamentalism I know. So it is very hard for me to see any good in it at all as an institution. Love, for them, is conditional. They know nothing of an unconditionally loving God; and they can’t teach what they do not know. This is how I have been able to let go and move on; that, and discovering the loving God I never knew.

July 17, 2011
A Review of "7 Reasons Women Stay in Abusive Relationships" from RealHope.com
Next Post

July 18, 2011 Still Dreaming of Landing That Big Book Contract? This is Your Wake-Up Call
Recent Comments
160 Comments | Leave a Comment
Browse Our Archives
get the latest from
John Shore
Sign up for our newsletter
POPULAR AT PATHEOS Progressive Christian
1

Evangelicals, you have some denouncing to...
Grace-Colored Glasses
Books by This Author Books by John Shore