Dear young friend in Anchorage: here’s why Prop 5 was defeated 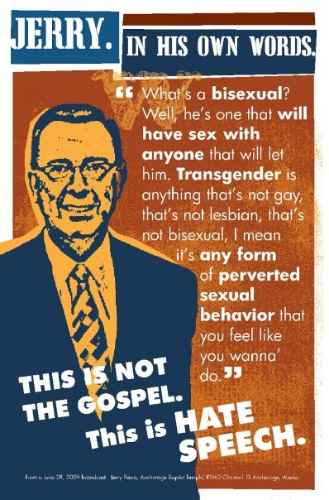 In The New York Times this morning I found the article Gay Rights Bill Appears to Fail in Anchorage.

I also found waiting for me an email from a follower of my blog in Anchorage, asking me to pen a word or two to his 14-year-old daughter about why Prop. 5 was defeated. So:

It’s touching to me that you care—and nearly heartbreaking that you—along with compassionate, sane people everywhere—are confounded as to why anyone would vote to give employers and landlords the right to discriminate against LGBTQ people.

First of all, don’t be discouraged by the vote. For one, as far as I can tell, as I’m writing this Prop. 5 may have actually passed. (Man, could that voting process have been more messed up? How could they run out of ballots, right? Try to get a teacher at your school to initiate some sort of student project that ends up with whomever runs elections in Anchorage getting fired. That person has one job, and it’s critically important. Voting Day: FAIL.) But either way, statistically indistinguishable from half of the people in Anchorage voted not to allow employers and landlords to fire/and or refuse to rent to people just because they’re gay or questioning.

Half is a lot. Half now flat-out guarantees that in the not-too-distant future such a measure will pass. By the time you’re old enough to vote, there probably won’t be anything like Prop. 5 left to vote on.

First women fought for and won their legal rights.

Then black people fought for and won their legal rights.

Now gay people are fighting for, and without question will continue to win, their legal rights.

But boo for fear. Fear is the destroyer of human freedom. But you knew that. At some level I think everyone does.

Fear is what keeps so many people from wanting to grant to those who are in some way fundamentally different from them the status of being fully equal to them. If I’m striped, and you’re a solid color, then how can I still be all good if you, so different from me, are equally good? We can’t be different and equal.

That’s how a lot of people really “think”! And that’s how throughout history untold trillions of people have died from war, genocide, “ethnic cleansing,” and so on.

As you’re already no doubt aware, it was largely Christians (of a certain frenzied ilk) who effected the defeat of Proposition 5. And the leader of Christians Freaked by 5 is, of course, Rev. Jerry Prevo. [Prevo is long-time head pastor of mega-church Anchorage Baptist Temple. He’s basically the Sith Overlord of conservative Christians in Alaska; he has more pull than Sarah Palin driving Bunyan’s monster truck. In 2009 Rev. Prevo personally made sure that Anchorage’s current (and just re-elected!) mayor, Dan Sullivan, vetoed a bill passed by the city assembly that would have extended basic civil rights protections to gays—just as, over 35 years earlier, he had made sure that Dan’s father, George, then mayor of Anchorage, vetoed a similar bill. And here you thought Dynasty was just a TV show.]

Pastor Prevo—as, again, I’m sure you know—has built much of his power base through forever braying from his pulpit inanities about LGBTQ people so foul, disgraceful and pointedly cruel that I wouldn’t think of repeating them to you. (Whoops—accept via the image I’m gonna use to illustrate this post [which was done and sent me by Anchorage’s own Glenn L. Harvey]. Sorry about that. Though I expect by now you know perfectly well that the quote of Prevo’s used in that illustration is just bumptious and bilious babble.)

There is always fortune and fame to be had by demonizing an underrepresented minority. Especially if while doing so you wildly wave around a Bible. People love being told that their anger and hatred comes from God. Then they can feel enraged, self-important, and morally righteous. Perfect!

Not perfect for the population target for prosecution, of course. Those people are screwed.

Anyway, that’s why so many people voted against including “sexual orientation” and “transgender identity” to Anchorage’s housing and employment nondiscrimination code: fear—which is to say anger (which is what fear instantly transmogrifies into once, as by instinct it usually does, it starts fighting) of the foreign, mixed with a perceived moral authority telling them God not only sanctions their fear and anger, but encourages it.

And that’s the exact same fear and anger, by the way, that traditionally has informed the way people read, translate, and preach the Bible. (For more on why that is a rationally and morally indefensible read of the Bible, see my The Best Case for The Bible NOT Condemning Homosexuality.)

Anyway, A., don’t worry about the Prop. 5 vote. Relative to this particular struggle we’re just in that phase where the people who hold the power are slowly but surely having their fingers pried off it. And, thanks to the Internet, these sorts of changes now happen at what, historically speaking, is lightening speed.

Look at us, with a black president! Pure awesomenicity.

LGBTQ people will win their full rights. That scale has already tipped.

And people like Rev. Jerry Prevo will die. And on their graves first flowers will grow, and then grass, and then weeds. And then they will be forgotten. 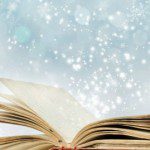 April 2, 2012
Taking God at His Word: The Bible and Homosexuality
Next Post

April 5, 2012 The God we know loves them, exactly as they were born
Recent Comments
0 | Leave a Comment
Browse Our Archives
get the latest from
John Shore
Sign up for our newsletter
POPULAR AT PATHEOS Progressive Christian
1