The Bible and sex addiction 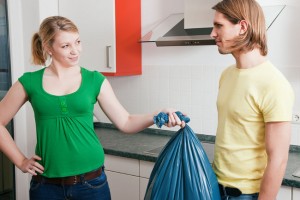 Occasioned by two comments he left on my blog, we last time discussed Chad Holtz’s recent return from Pure Life Ministries, where he had gone to live for seven months in order to be healed from his sexual addiction.

I find there are just a couple of things I want to say on this matter before it gets eclipsed by the Next Blog Post.

Firstly, all I personally need to know about Pure Life Ministries is found in this statement on their website:

We do not collect statistical data pertaining to the success rate of participants [in our live-in program]. However, based on Philippians 1:6, “He who has begun a good work in you will complete it,” we believe that the success rate is extremely high for the graduates of our program who are sincere.

There can only be one reason for PLM to maintain silence on the critical issue of how their graduates do once they’ve left their live-in program. It’s not like they haven’t the means to collect such data; they surely have all the contact information of their program participants. And if PLM did have a good after-program success rate, you can be certain they would crow about it—and deservedly so.

But they keep mum on that point. (Though not before making the reprehensible point that the failure of any graduate to on their own maintain the “pure life” can only be due to the moral failing—the insincerity—of that graduate.) That ringing silence means they know such data would discredit them. You can bet they’d use it otherwise. There’s only one reason for a kid to hide his report card.

And of course Pure Life fails in its mission. They’re no more prepared to heal sexual addiction than I am to perform open-heart surgery.

The three head counselors at PLM got their “Masters of Ministry in Biblical Counseling” from Master’s International School of Divinity. MISD is a “distance education school,” meaning it’s online only. (“At Master’s, you can drive to school via your computer. Your ministry education is only a keystroke away!”) And if you’re doubting MISD’s academic integrity, you’ll stop upon learning that one of its four “Academic Partnerships” is with the Institute for Creation Research. (“Biblical. Accurate. Certain.” is ICR’s motto.)

And gosh, look at that: not only did Pure Life’s President and Board Director, Director of Women’s Counseling, and Director of Men’s Counseling get their Master’s in Biblical Counseling from Master’s International School of Divinity, but so did PLM’s Founder and Chairman of the Board, Steve Gallagher.

It is, at least, until you learn that Steve Gallagher is on the faculty of the Master’s International School of Divinity.

And it doesn’t get better from there. The only qualifications of the Pure Life counselors assigned to each of the male live-in clients is that they themselves are graduates of the live-in program, and are “trained in biblical counseling.”

You spend twenty-four hours a day, for seven to nine months, having what you already believe constantly fed back to you? Then, yeah, afterwards that will be the only thing left in your mind and heart. You’ll be like a new car filled with that new car smell. And that smell is great! It’s wonderful! It fills the entire vehicle!

But then, inevitably, you start driving that car. And one day follow the next. And slowly but surely that new car smell fades. And then you’ve got yourself just a regular, everyday car.

The person compelled to act out in sexually inappropriate ways suffers from a psychological dysfunction. Literally or figuratively someone deep in their past (and we’re looking at you, Mom and/or Dad) royally screwed them. And thus did some of their wiring get scrambled. Some mechanism for self-negation got embedded within them that, as adults, they are compelled to try to exorcise through what ends up being inappropriate sexual behavior.

They’re revisiting the scene of the crime, basically.

And that’s their problem. It’s unique to them. It has to do with their past, their parents, the way they were raised. It’s about all the intense, personal, intricate and exceptionally complex dynamics that informed their life. The Bible can’t address that. It has no apparatus for dealing with that. That’s not what the Bible is for.

God can give you the tools, but the work left to be done must be done by you alone. We all have to take out our own garbage. No one gets around that. No one gets to be the exception to that. No one has a different set of rules they get to play by. We’re all the same. We all have to deal with all the stuff in our past that someone responsible for us got terribly wrong, and which thereby became our unwieldy personal baggage.

Chad may, in fact, be delivered of his sexual addiction. We all hope that he is. But only those with working time machines can say whether he is. Right now all we know for sure is that when he left he didn’t believe in hell, and now he does; that he’s back with his wife and kids (yay!); and that five or so hours after I yesterday responded to his comment on my site he and his wife launched, via a blog apparently hastily thrown together, a new ministry of theirs founded upon their conviction that God wants them to share, for the benefit of others, the story of their victory over sexual addiction.

July 23, 2012 "Does my signed pledge make me a traitor to the LGBT cause?" asks a Christian college professor
Recent Comments
0 | Leave a Comment
Browse Our Archives
get the latest from
John Shore
Sign up for our newsletter
POPULAR AT PATHEOS Progressive Christian
1

God Said It, I Believe It,...
Freelance Christianity
Books by This Author Books by John Shore