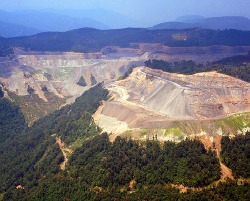 [You guys killed it last time we did this. Just amazing work, all of it. Thank you! Please proofread this one also? Any mistake you find—spelling, punctuation, syntax, anything at all—please leave as a comment. Thank you! It’s because of you that the next edition of UNFAIR will be all it could be.] Here’s the text that needs your attention:

“If you’re not with us you’re against us.”

“What you call the middle ground I call a sinkhole.”

“You wouldn’t know the Bible from a Hello Kitty autograph book, you insufferably sanctimonious simp.”

Okay, I never said that last one. Or the other two, actually. But I know they all sound like things I might have said.

For when it comes to Certain Causes, I know I can seem like a bit of a maniac.

And by “Certain Causes,” I think we all know what I mean. That’s right: creative capitalization.

I’m so tired of not being able to capitalize whatever words I want. No More!

No, but seriously: I write quite a bit about the relationship between gay people and Christianity.

So here’s the thing: I don’t particularly love writing on that issue. I don’t do it because I think it’s cool, or attention-getting, or enjoy having rabid fundies buzz my site like fume-spewing Nazi Luftwaffters.

I write on that matter for one reason, and one reason only: I love Christianity. Love it. Christianity is the most awesome thing to happen to mankind since a few mutant chimps exclaimed, “Whoa, check it out. Thumbs!”

There is no question of the mind or soul for which Christianity does not provide an outstanding answer. In the figure of Jesus Christ is everything real and important that God wants communicated to man. Christ is the final proof of the depth of God’s love for us. Christianity is unutterably sublime, enthrallingly mystical, and philosophically complete. It’s perfect.

But people have so thoroughly trashed it that at this point Christianity is like the site of a mountaintop removal. Its whole crown has been so perniciously razed that its organic, abounding, life-supporting beauty is all but gone. What was originally majestically inspiring has been reduced to nothing so much as an appalling testament to man’s selfishness and arrogance.

I don’t write about gay people because I love them so much. I don’t love gay people any more than I do anyone else. They’re just people. But they’re an entire class of people who are every day being cruelly maligned, denigrated, bullied to death, and in every way dehumanized—by Christians. People representing the faith to which I ascribe are, in the name of that faith, purposefully, consciously, and even gleefully tending to the destruction of people whose only “crime” is that they love in a way that’s barely different from the way the majority of people love.

How can I live with that? How am I supposed to be okay with that? It’s so wrong. It’s so hideous. It’s so inexcusable. It’s the crudest, most damaging kind of transgression.

It needs to stop.

And as surely as one day follows the next, sooner or later it will stop.

Writing on the gay issue is how I swing my pen-shaped sledge-hammer against that wall.

I, my friends on this site, and increasing numbers of Christians every day aren’t fighting against anything, so much as we’re fighting for something.

We’re fighting for what we know Christianity could and should be.

Can you imagine a Christianity that evokes the light of love instead of the darkness that is love’s opposite?

I can. And if you can, too, then together we can usher onto center stage this new Christianity, and relegate to the wings the posturing, bellowing, utterly unconvincing old Christianity that for much too long now has been hogging the spotlight.

April 14, 2013
Do this easy thing or stop complaining about gun violence
Next Post 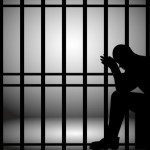 April 16, 2013 What today's evangelicals are (still) telling gay people
Recent Comments
41 Comments | Leave a Comment
Browse Our Archives
get the latest from
John Shore
Sign up for our newsletter
POPULAR AT PATHEOS Progressive Christian
1