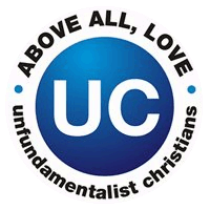 A while back I responded to repeated requests that I articulate my personal theology by writing the 14-point document below, which expresses the Christianity that I have believed to be true since the moment of my sudden conversion experience.

In February of 2012, I and a small group of people who had read and liked my mini-manifesto quietly started a Facebook page called Unfundamentalist Christians. We put my document under the page’s What We Believe tab, and then just … sat back to see what happened. I personally did nothing to promote the UC Facebook page, because I did not want to influence its growth; I wanted it to grow organically or not at all.

As of this (updated on 3/6/2014) writing, the UC Facebook page has 31,800 members. The admin team of that page has done a terrific job with it. I’m as proud of what those guys do over there as I am of anything I’ve ever been part of.

About six months ago we launched the Unfundamentalist Christians group blog, which I consider a privilege to oversee and edit.

Here are the tenets of Unfundamentalist Christians:

Generally speaking (because do any two people anywhere believe the exact same things?) we here at UC hold that:

Recently we added an addendum to the above, which reads:

To oppose a negative is a positive. 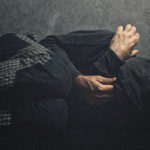 May 14, 2013
How can I believe in God, when so many innocent people suffer?
Next Post

'The redeeming effects of the Christian...
slacktivist
Books by This Author Books by John Shore