Who needs fundamentalism during Christmas? Nobody. 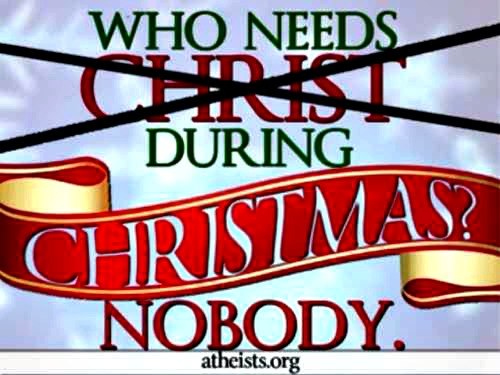 You may have heard about the 40 x 40 foot billboard launched this week in Times Square by the American Atheists. It’s digital, and plays this:

Over on the Unfundamentalist Christians Facebook page, a reader named Jill Sofia left the message below, which I think is one of the better commentaries I’ve read on this matter:

Having numerous fantastic atheist and agnostic friends, as well as an agnostic husband, I never had any problem with those “Good Without God” billboards. But IMHO this animated billboard—placed by American Atheists in Times Square—is not only obnoxious, but is also playing right into the hands of religious fundamentalists who claim there is a “War on Christmas.” (I can just see the fundies wringing their hands with glee, saying, “See? We were right!”) If American Atheists wanted to emphasize that it’s more important to do works of charity than go to church during this season, that should have been their primary statement. Instead, the first message is “WHO NEEDS CHRIST [crossed out] DURING CHRISTMAS? NOBODY.” Again, I do not challenge their freedom to put up this sign—that is their legal right. But I find it at least as creepy and hostile as the “Keep Christ in Christmas” signs waved around incessantly by fundamentalists.

Sanity for the win. 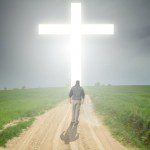 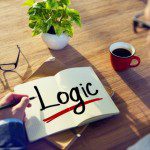 December 6, 2013 Atheist and Christian argue about hell (in a Starbucks). Atheist wins.
Recent Comments
151 Comments | Leave a Comment
"I am interested in why we believe that we can measure that which is by ..."
Gary Kennedy Why atheists win arguments with Christians ..."
"Tell him there is a bigger world out there and many churches now accept LGBTQ+ ..."
John Sweet Pastor calls his Christian teenage son ..."
"Je ne suis pas vraiment un lecteur Internet pour être honnête mais vos blogs vraiment ..."
에볼루션카지노 Thanksgiving 2012 Share a Prayer
"FOR THE READER'S BENEFIT & EDIFICATION:To see https://www.monergism.com/topics/hell The Biblical information therein refutes the cultists ..."
Thomas Dickensheets Proof that believing in hell is ..."
Browse Our Archives
Related posts from John Shore