Christians: Be thee not discombobulated by transgender persons!

Lots of people were born with male bodies but female hearts and souls, and vice versa. Their bodies feel to them like unremovable costumes that daily force them into a role that they do not wish to play. From childhood on the world insists that they belong in one of the Two Big Gender Categories, while all along they know themselves to, in fact, belong in the other.

At some point in their lives a lot of people living with this terrible burden decide to give up trying to be John when they know they’re really Joan, to stop being Brianna when they were born to be Brian.

Disliking the house into which fate birthed them, they change that house. Maybe they repaint the exterior: blue to pink (“Bring me wigs, falsies, lipstick!”); pink to blue (“Shoulder pads, a fake mustache, and a little sumpin’ sumpin’ for the front of these pants!”) Maybe they restructure the very foundation of their house, and get sex reassignment surgery.

Either way, it’s their house. They know what’s best for it and them.

I’ve not written much about transgender people, because as a Christian writing to a (largely) Christian audience, I always knew that first we’d have to get the Christian universe to accept the truth that some people really are born gay, and that there’s nothing at all wrong or inherently sinful about that—and then, once that idea had transitioned from radical to acceptable, we could say: “See? Letting gay people get married and raise children didn’t cause Armageddon; the sky stayed right where it was. Yay! Isn’t that great? Say, you’ve heard the word transgender before, right?”

And onward we go, step by step.

Christians! Be thee not discombobulated by transgender persons!

They’re just making their outside match their inside!

It threatens you not!

When Jesus said, “The truth shall set you free,” he wasn’t talking to only some people. He was talking to all people. Woe be unto any person who attempts to use Jesus as a means of blocking anyone from living into that truth for themselves. 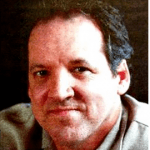 February 20, 2014
If you think John Shore is just another namby-pamby "Christian speaker" ...
Next Post 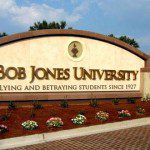 February 27, 2014 Are you listening, Bob Jones University?
Recent Comments
50 Comments | Leave a Comment
Browse Our Archives
get the latest from
John Shore
Sign up for our newsletter
POPULAR AT PATHEOS Progressive Christian
1