Vicky Beeching and the “sin” of being gay

First of all, I need to thank you. I am a closeted gay Christian; I’ve chosen to hide my orientation until I am not financially dependent on my parents any more, which should be relatively soon. Your blog has saved me from slipping deeper and deeper into depression and I have never in my life felt as much peace as I felt the moment I first said to myself “I am gay.” I used to be a suicidal workaholic (which had its perks). Now I am at rest for the first time. That is partly your work. God has used you to do good in my life.

So far I have become somewhat comfortable with the Christian narrative on homosexuality that says, “Let’s agree to disagree: Jesus is bigger than all of this anyway; there is no condemnation for those who are in Christ.” However, the whole Vicky Beeching controversy has brought forth a blog post that leaves me baffled. Apparently we are back at the “Gay people will all go to hell” narrative. What’s your take on this: [link deleted: see below]?

I had to Google Vicky Beeching because … what do I know about British stars of the American Christian rock scene?

Turns out there’s one named Vicky Beeching. Last week, via this article in Britain’s The Independent, Ms. Beeching came out of the closet.

I deleted the link at the end of the letter to me above, because it lead to a blog post about Ms. Beeching written by right-wing Christian and Al Mohler wanna-be Denny Burk, and I’m as interested in driving traffic to Denny Burk’s blog as I am in … well, eating at Denny’s. Except eating at Denny’s doesn’t make me nauseous.

Burk’s article is about how Christians who don’t believe that being gay is a sin are going to hell because God blah blah Jesus blah blah the Bible blah blah deception.

Dear chap who wrote me the above letter:

It doesn’t matter what any Christian,  be they in a pulpit, screaming on a street corner, or bloviating on their blog, says about being gay. It was true yesterday; it’s true today; it’ll be true tomorrow: It is no sin to be gay. See my Taking God at His Word: The Bible and Homosexuality. See my book UNFAIR: Christians and the LGBT Question. See The Not All Like That Christians Project.

See the Holy Spirit of God inside your own heart.

Right-wing fundie Christian leaders of the sort Denny Burk aspires to be—the Al Mohlers, Franklin Grahams, and Mark Driscolls of the world—need homosexuality to be a sin, so that they can continue capitalizing on the childish idea that it is. Preaching that homosexuality is a sin garners them attention and gets them on television and brings them the speaking gigs they must have in order to sell the books they write about how they know what God wants and gay people are trying to take over America and steal everyone’s children and blah blah blah enemy genitals.

Know what you know, hold to what you know, be with others who share your views and will support you for who you are, and … well, that’s about all there is to it.

Oh. And floss. You really can’t overestimate the importance of good oral hygiene.

Love to you, friend. Thanks for your kind words about my work. 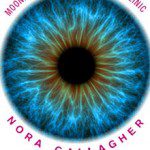