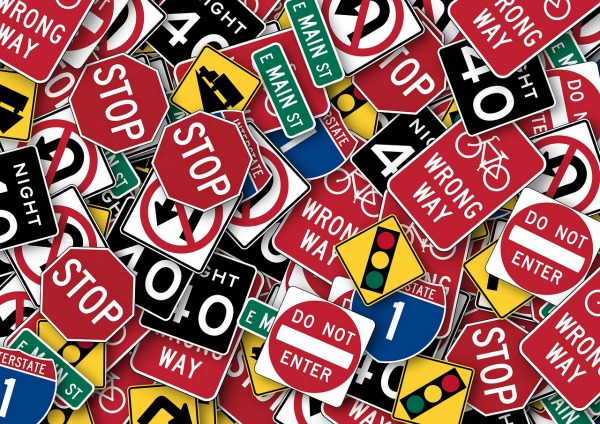 In researching for my book I’m OK – You’re Not: The Message We’re Sending Nonbelievers and Why We Should Stop (here) I posted a notice on Craigslist sites all over the country asking non-Christians to send me any short, personal statements they would like Christians to read.

“Specifically,” I wrote, “I’d like to hear how you feel about being on the receiving end of the efforts of Christian evangelicals to convert you. I want to be very clear that this is not a Christian-bashing book; it’s coming from a place that only means well for everyone. Thanks.”

Below are some of the over 300 emails that I received by the end of the day.

“The main thing that baffles and angers me about Christians is how they can understand so little about human nature that when, in their fervor to convert another person, they tell that person (as they inevitably do, in one way or another), ‘You’re bad, and wrong, and evil,’ they actually expect that person to agree with them. It pretty much guarantees that virtually the only people Christians can ever realistically hope to convert are those with tragically low self-esteem.”– E.S., Denver

“I feel that Christians have got it all wrong; it seems to me that they’ve created the very thing Jesus was against: Separatism.”– T. O., Denver

“I am often distressed at the way some Christians take as a given that Christians and Christianity define goodness. Many of we non-Christians make a practice of doing good; we, too, have a well-developed ethical system, and are devoted to making the world a better place. Christians hardly have a monopoly on what’s right, or good, or just.”– C.R., Seattle

“Christians seem to have lost their focus on Jesus’ core message: ‘Love the Lord your god with all your heart and with all your soul, and love your neighbor as you love yourself.’”– R.M., Tacoma

“I have no problem whatsoever with God or Jesus – only Christians. It’s been my experience that most Christians are belligerent, disdainful and pushy.” — D.B., Atlanta

“Whenever I’m approached by an evangelist – by a Christian missionary – I know I’m up against someone so obsessed and narrowly focused that it will do me absolutely no good to try and explain or share my own value system. I never want to be rude to them, of course, but never have any idea how to respond to their attempts to convert me; in short order, I inevitably find myself simply feeling embarrassed–first for them, and then for us both. I’m always grateful when such encounters conclude.”– K.C., Fresno

“I don’t know whether or not most of the Christians I come across think they’re acting and being like Jesus was – but if they do, they need to go back to their Bibles, and take a closer look at Jesus.” — L.B., Phoenix

“I grew up Jewish in a Southern Baptist town, where I was constantly being told that I killed Christ, ate Christian babies, and was going to hell. So I learned early that many Christians have – or sure seem to have – no love in their hearts at all. It also seems so odd to me that Christians think that if I don’t accept their message my ears and heart are closed, because it seems to me like they have excessively closed ears and hearts to anyone else’s spiritual message and experience. They seem to have no sense of the many ways in which God reaches out to everyone. As far as I’ve ever known, Christians are narrow in their sense of God, fairly fascistic in their thinking, and extremely egotistical in thinking God only approves of them.”– B.P., Houston

“I wish Christians would resist their aggressive impulses to morph others into Christians. Didn’t Jesus preach that we should all love one another?”– M.G., Shoreline, WA

“I’m frequently approached by Christians of many denominations who ask whether I’ve accepted Christ as my savior. When I have the patience, I politely tell them that I’m Jewish. This only makes them more aggressive; they then treat me like some poor lost waif in need of their particular brand of salvation. They almost act like salespeople working on commission: If they can save my soul, then they’re one rung closer to heaven. It’s demeaning. I always remain polite, but encounters like these only show disrespect and sometimes outright intolerance for my beliefs and my culture. In Judaism, we do not seek to convert people. That is because we accept that there are many paths to God, and believe that no one religion can lay sole claim to the truth or to God’s favor. Each person is free to find his or her own way. To Christians I would say: Practice your religion as you wish. There is no need to try and influence others. If your religion is a true one, people will come to it on their own.”– M.S., Honolulu

“When did it become that being a Christian meant being an intolerant, hateful bigot? I grew up learning the positive message of Christ: Do well and treat others with respect, and your reward will be in heaven. Somehow, for a seemingly large group of Christians, that notion has gone lost: It has turned into the thunders and lights of the wrath of God, and into condemning everyone who disagrees with them to burning in the flames of hell. Somehow, present-day Christians forgot about turning the other cheek, abandoned the notion of treating others like they would like to be treated themselves; they’ve become bent on preaching, judging, and selfishly attempting to save the souls of others by condemning them. What happen to love? To tolerance? To respect?” — S.P., Nashville

“There are about a million things I’d like to say to Christians, but here’s the first few that come to mind: Please respect my right to be the person I’ve chosen to become. Worship, pray and praise your God all you want–but please leave me, and my laws, and my city, and my school alone. Stop trying to make me, or my children, worship your god. Why do we all have to be Christians? Respect my beliefs; I guarantee they’re every bit as strong as yours. Mostly, please respect my free will. Let me choose if I want to marry someone of my own sex. Let me choose if I want to have an abortion or not. Let me choose to go to hell if that’s where you believe I’m going. I can honestly say that I’d rather go to hell than live the hypocritical life I see so many Christians living.”– D.B., Seattle

“I had a friend who was, as they say, reborn. During my breaks from college she invited me to her church, and I did go a couple of times. In a matter of a month, at least ten people at her church told me that I was going to hell. The ironic thing is that I do believe in God; I’ve just never found a church where I felt at ease. However, in their eyes, I was nothing but a sinner who needed to be saved. I stopped going to that church (which in the past four years has grown from a small to a mega-church), but in time, through my friend, have seen some of these people again. None of them ever fails to treat me exactly as they did four years ago. All I can say is this: Constantly telling someone they’re going to hell is not a good way to convert them.”– A.S., Chicago

“I am a former ‘born again’ Christian. It’s been my personal experience that Christians treat the poor poorly–much like the Pharisees did in the parable of the old woman with the two coins. I found the church to be political to a fault, and its individual members all too happy to judge and look down on others. As a Christian, my own fervor to witness was beyond healthy. My friends would come to me to vent and express emotions, and all I would do is preach to them. I was of no real comfort to them. I never tried to see anything from their perspective.”– J.S.W, Philadelphia

“Once Christians know I’m gay, the conversion talk usually stops. Instead, I become this sympathetic character who apparently isn’t worthy of the gift of Christ. From my childhood in a Baptist church, I recall the ‘loathe the sin, love the sinner’ talk, but as an adult I can’t say I’ve often found Christians practicing that attitude. Deep down, I’m always relieved to avoid disturbing “conversion” conversations with Christians; discussing one’s most intimate thoughts and personal beliefs isn’t something I enjoy doing with random strangers. But at the same time, I feel as though Christians make a value judgment about my soul on the spot, simply because I am gay. I don’t pretend to know the worth of a soul, nor the coming gifts to those who convert the masses, but I would guess converting the sinful homosexuals would merit a few brownie points. But I get the feeling that most Christians don’t think we’re worth the hassle.”– R.M., Houston

“Religion always seemed too personal for me to take advice about it from people I don’t know.”– D.P., Denver 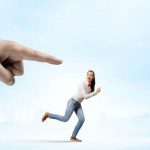 June 8, 2015
Sexual abuse and the pressure to forgive
Next Post 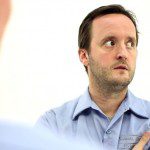 June 11, 2015 10 Reasons It's Wrong to Evangelize in the Workplace
Recent Comments
91 Comments | Leave a Comment
Browse Our Archives
get the latest from
John Shore
Sign up for our newsletter
POPULAR AT PATHEOS Progressive Christian
1

A 'biblically based process to mitigate...
slacktivist
Books by This Author Books by John Shore