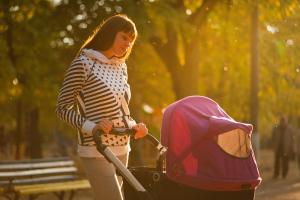 Could my depression have been caused by being a stay at home mom?

The long days of same.

Oh, and the “I’ll do it tomorrow” because, you know…  tomorrow is the same as today.

And when the depression and anxiety set in?

You start believing that you could never handle being out in the real world.

You wouldn’t make it out there.

Depressed people don’t do well out there.

Anxiety in public would be awful.

Try to pray away the anxiety and depression.

And as the years go by, watch it become a part of your identity.

That has been me.

Some getting out and coaching… but that was only in short spurts.

I will admit though, it felt good to get out a bit.

For the most part, it was stay home and feel all the guilt of a messy house, laundry,  and food to cook.

Oh, and then there was homeschooling.

A constant bombardment of thoughts about not being good enough.

Kicking my own butt in my head. 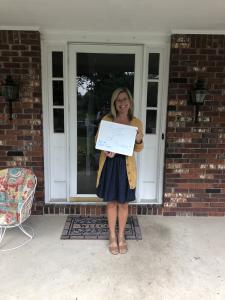 I dressed myself up and went to work.

And it felt so good.

And people were nice.

And the 2:00 hour came and went without a hint of me feeling the afternoon blues.

I came home and realized something.

Maybe all these years were not about me being weak.

Maybe the depression and anxiety were a product of my environment.

It would be so nice to know this to be true.

Kev and I discussed it.

We did laundry together and discussed it.

We had to get the laundry done because I wasn’t going to be home during the day to do it.

Or to stare at it.

It felt good to do it.

And I told him how I felt a sense of newness.

An excitement building about our future.

But also,  a sense that if I could go back?

I wouldn’t change a thing.

There is one thing I wish would have been different.

I so wish I would have had an older Momma telling me that the depression is kind of a side effect of staying home.

That it’s hard and brings with it a sadness.

But then, she could have also told me that it is worth it.

And to hold on.

These days would pass.

And I would be able to function out in the world.

I wouldn’t be in those long drawn out baby days forever.

And my babies would grow up and someday understand the sacrifice I made.

That is just it…

Not that I was sacrificing anything.

Staying home in my sweats, wiping noses, and looking at the piles of laundry…  felt lazy.

And people would say “Oh, I could never homeschool my kids.”

And I would think “I stinking can’t either!”

They are all grown up now.

They all hold their own in this world.

And I didn’t feed them the best food.

And after I messed up their laundry enough?

Each of them started doing their own.

Turn their whites pink a couple of times.

That is how you motivate them to do chores.

Oh, and I rocked them.

I rocked them while I sang songs loudly, trying to make them (and me) feel better.

My kiddos watched me struggle through the years with anxiety/depression.

I think they even rocked me sometimes.

We’ve walked these decades together.

And now they are all out and about.

And our Alyssa is taking the same path as her momma.

She is so much better at it than I ever was.

She loves those sweet babies with every ounce of her being.

She has a schedule and they do school every stinking day.

She has her moments.

And to you Alyssa,

From an older momma.

I am just saying…

Pray and rock and sing.

And just know that the sadness you may feel during those long days does not mean you are less.

Those moments do not define you.

And they are so very worth it!

I have to go to bed.

I have work in the morning.

Karen R Shock resides in Fort Wayne, IN with her husband and their youngest son. She had three more children who are married and four beautiful grandchildren. Oh, and a dog name JT Barrett (Go Bucks). She is a retired homeschool mom and is now a high school teacher and cheer coach. Life is hard, but fun. 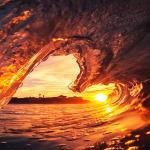 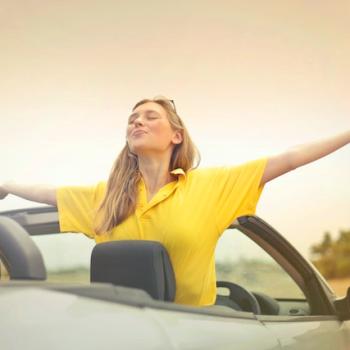 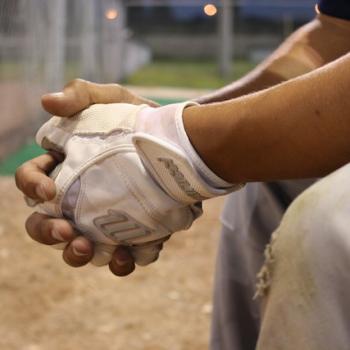 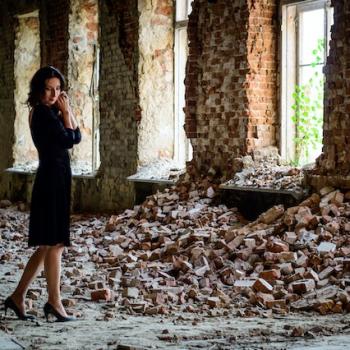 Progressive Christian
Is My Faith Being Destroyed?
Karen Ruth Shock 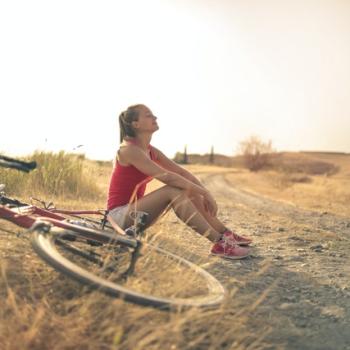