Sliced by the Political Sword 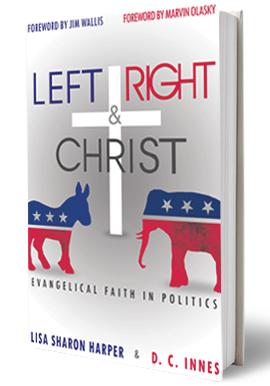 I am a repentant Republican.

I am a reluctant Democrat.

I am recalcitrant Independent.

I have over the course of my life identified as a Southern Baptist, a Conservative Baptist, a Free Methodist, a Charismatic, an Episcopalian, and a Nazarene.

Some reading the above lists might, I suppose, consider me fickle, or worse, a woman weak in conviction.

Those who do would be wrong.

Conviction may be my one enduring quality. When all else fails, as it often does, it’s a steadfast faith in the God who created me that carries me through.

Can you remember where you were when you first heard a pastor tell you who to vote for?

It was 1983. We were attending a Conservative Baptist Church in rural Oregon. The twins had just been weaned and I was pregnant again. Our son was five-years-old but not yet in school because the only kindergarten in town was a private one and we simply couldn’t afford it.

Our pastor was a kindly man, a good teacher, and a Texan. He never wanted anybody to forget that. While I don’t remember exactly what he said that Sunday from the pulpit, not verbatim, I do remember the gist of his sermon: The only righteous vote any Christian can make in the upcoming election is to elect the only pro-life candidate on the ballot, President Ronald Reagan, the incumbent. A vote cast for anyone else would be a direct violation of one’s Christian faith.

Tim saw me shuffle the girls on my lap, saw that look of bolting in my eyes, and put his arm around me.

How can you sit through this? I whispered. How can Pastor do that?

I felt then, and still feel now that what the pastor did that day gave definition to the term bully pulpit.

The memory of all that came back to me this week while reading Left, Right & Christ: Evangelical Faith in Politics by Lisa Sharon Harper & D.C. Innes. In the book, which was sent to me, Harper recounts her story of faith & politics: “I was a happy Democrat until I became a born-again Christian seven years later in August 1983, at a Sunday evening camp church meeting in Cape May, New Jersey. It was the start of Ronald Reagan’s run for his second term in office when a devout friend in my youth group told me very soon after I prayed the prayer of my salvation that I would need to be born again …again (so to speak). Though I wasn’t of voting age, I would have to become a Republican if I was going to call myself a Christian.”

Did you catch that part where Harper said she wasn’t yet of voting age?

I grew up in a time and place when a person’s salvation depended upon one thing alone, faith in Jesus Christ. But generations of people  just like Harper have grown up in a faith community that has been sliced in half by a political sword.

You are either for us, or against us.

I’ll be honest, I could hardly read through D.C. Innes’s arguments about why he remains resolutely Republican. On the matter of health care, Innes says, “So biblically, health care is none of the government’s business, aside from regulating it to the extent that public safety requires. Your health care, and the care of your neighbor in need, is your business. So if there is a Christian approach to addressing our current health care questions, it proceeds from a biblical understanding of human nature, personal responsibility, commerce and caring for the poor.”

Yet, on the issue of abortion, Innes says,”It is the government’s most basic responsibility to protect the helpless. Of course, government exists because everyone is vulnerable to one degree or another, and so government owes protection to everyone under its dominion.”

Innes contradicts himself. Where it suits him, he calls for the government to protect the helpless. Where it doesn’t suit him, he employs his own definition of biblical authority to deny government any responsibility. When it comes to health care, the helpless are on their own, or worse dependent upon the mercy and goodwill of those very same neighbors who voted against a nationwide health care plan. Yeah. Good luck with that.

Innes may be a very kindly man for all I know. He’s Canadian and I have always found Canadians to be a gentle, mannerly bunch, as long as hockey wasn’t involved. I imagine if I met Innes at a conference I’d like him. We’d likely have a lot to talk about. But if the only way I have to get to know Innes is through his writings on political hot topics, I don’t much care for him at all. Reading his arguments compelled me to yell at him more than once. I even threw the book down after one particularly offense passage that I deemed arrogant.

But that’s the problem of relating to people through  their politics. We end up reducing each other’s humanity. We trade our Christianity for what has become the fastest growing religion in the world — the Religion of Certainosity. A religion that ensures we will all be right and not a one of us will be redeemed.

God is not a Democrat.

God is not a Republican.

God does not have a party.

God does not even have a domination.

God does not love America best.

God doesn’t care if we live in a Blue state, or a Red one.

He couldn’t care less if we are far to the left or right of the right.

The one thing he’s going to ask is not how we voted in the last election, but who did we love along the way.

What redemption did we offer one another?

November 22, 2011 Disturbing Parents
Recent Comments
38 Comments | Leave a Comment
Browse Our Archives
get the latest from
Evangelical
Sign up for our newsletter
POPULAR AT PATHEOS Evangelical
1

On the Pope's Endorsement of Same-Sex...
Cranach
Related posts from Karen Spears Zacharias