We are a Gold Star Family: Sucks 2 be U

We are a Gold Star Family: Sucks 2 be U December 15, 2011 Karen Spears Zacharias 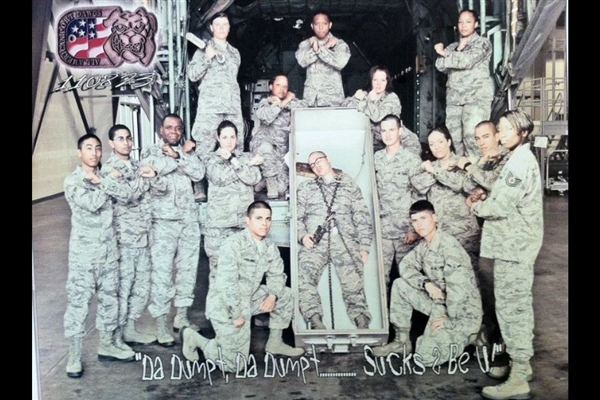 Daddy was the first dead person I ever saw.

A child never forgets that image of their father in uniform, dead in a shiny metal casket. I remember the bloat in his face, the result of dying in jungle heat. That swollen face made Daddy look like somebody else’s father. My daddy wasn’t a fat man. There was a blue hue to his lips, the lips that had kissed me goodbye nine months earlier. Don’t cry, he said. It upsets your mama. So I fought back the tears when he left for Vietnam and I willed the tears away again while standing beside Brother John at that funeral home, peering down into that metal casket, wishing my crying Mama would get Daddy a blanket. He looked so very cold.

“Because he’s dead!” she finally answered. She spoke in that angry tone that let me know I’d better not ask any more questions.

My father is a war hero.

My mother is the war widow.

My father’s mother, Granny Leona, was a Gold Star Mom.

We are a Gold Star family.

There was a time in this nation when such a designation would earn a person a modicum of respect. That was particularly true among our own rank and file.

“Sucks 2 be U” was the caption underneath the photograph of fifteen soldiers of the U.S. Air Force posing around a military casket. Inside was a sixteenth soldier, mimicking the dead.  The airmen are reportedly from the 345th Training Squadron in Fort Lee, Va. Their unit is a detachment from a command at Lackland Air Force Base in Texas.

The photo was reportedly taken in August but only recently published in the Air Force Times. An investigation is now underway.

“I don’t know whether any rules have been violated,” says David E. Smith, spokesman for the unit.

And therein is the problem.

When we cheapen life and the living, when we maim the fallen and disrespect the dead, when we disregard all of humanity and fail to treat others with dignity, how then do we differ from our enemies?

I am a Gold Star daughter.

And I am ashamed of the men and women who wear these uniforms and mock the sacrifices that my mother and my grandmother and so many thousands of other Gold Star families have paid.

Karen Spears Zacharias is the author of After the Flag has been Folded, Wm. Morrow.  She can be reached via Twitter @karenzach or at karenzach.com

December 14, 2011
The murder victim in my driveway
Next Post

December 16, 2011 GHOST ON BLACK MOUNTAIN: Q&A with Ann Hite
Recent Comments
35 Comments | Leave a Comment
Browse Our Archives
get the latest from
Evangelical
Sign up for our newsletter
POPULAR AT PATHEOS Evangelical
1