The Reckless Death of Children

People all across the nation cried out after learning that Josh Powell blew himself and his two young sons to smithereens in Washington State on Sunday.  Powell has long been the primary suspect in the disappearance and suspected murder of his wife Susan.

This case had more red flags than a NASCAR race. Before his arrest, Steven Powell told any reporter that would listen that his missing daughter-in-law had a thing for him, a sentiment he returned. He failed to mention that he was secretly videotaping his daughter-in-law in various states of undress. Steven Powell is the poster-face of a delusional pervert.

However, it doesn’t take a degree in psychology from Harvard, or even your nearest local community college to figure out that Josh Powell shared some of his father’s proclivities for the perverse.  It just takes common sense, something that is sorely lacking in a society hell-bent on following administrative laws to the detriment of the welfare of children.

It doesn’t help to point fingers in this situation said Dan Abrams, legal consultant for ABC News.  “As someone who has been covering this case I was completely torn apart,” he said. In fact, Abrams said everyone involved in this case, from the investigators to the prosecutors to the social worker who dropped off the kids feels horrible.

But feeling bad about the reckless death of children isn’t good enough. We can and we must do better. Every time a Josh Powell comes along and murders a child, we find ourselves asking what more could we have done.

As it turns out there is a lot more we ought to be doing to protect our children and our neighbor’s children. In family courts all over this nation, children are often offered up as fodder as attorneys argue over matters that have nothing whatsoever to do with the welfare of a child, but rather the power issues between warring parties.  Josh Powell’s attorney undoubtedly pumped his client full of wrong-headed notions about his rights as a father, with little regard to the missing and presumably dead mother in this case. 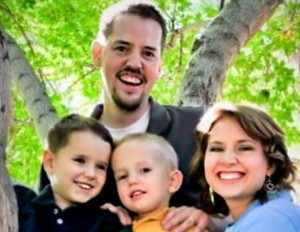 Rarely does the welfare of children come into play when candidates take to the stage promising tax cuts and new jobs. In fact, the very first item to be slashed in most state budgets is the Department of Human Welfare. Here in Oregon caseloads exceed twenty per worker. A review by the National Resource Center for Child Protective Services found that in Oregon case workers are being expected to do two to three times what reasonably can be expected given the complexity and demands for each case. “Unique to Oregon is the practice of workers performing duties normally accomplished by attorneys or paralegals,” the report stated. “Beyond involving workers in areas outside their profession and for which  they likely lack competence, such a practice seriously increases the demand workers experience.”  Displaced children lack money and the political clout of lobbyists-for-hire crying out on their behalf. Children have no voice in Congress where we pay homage to family values in political advertising but very little elsewhere.

Everyone knew Josh Powell was a dangerous man, yet, the law allowed that he had a right to see his children. His boys, however, had no rights to be protected from the man who surely killed their mother.

Those boys didn’t want to go see their dad on Sunday. They wanted to stay at their grandparents’ home, a place where they felt safe and loved and cherished. Something they likely hadn’t felt since they went with their father to dump their mother in a shallow grave in the hinterlands of a wintery Utah.

Five children a day die in this nation as a result of child abuse. Murdered, usually by a parent, like Josh Powell, although significantly more mothers than fathers kill their children.

Feeling bad about that won’t change anything.

We don’t lead the world in very many arenas anymore but we’ve got this one covered. Here in America, we have more child maltreatment deaths than any other industrialized country in the world.

How’s that for bragging rights?

Karen Spears Zacharias is the author of A SILENCE OF MOCKINGBIRDS: The Memoir of a Murder (MacAdam/Cage, 2012).

Will Babies Be in Heaven? (Part 7): God...
For parents who have lost a child, the gospel of Jesus Christ...
view all Evangelical blogs
What Are Your Thoughts?leave a comment
Copyright 2008-2020, Patheos. All rights reserved.