Editor’s Note: I met Rebekah Sanderlin in North Carolina. A journalist and a military wife, Rebekah and I found we had much in common. The night her daughter Rudy was born, Hurricane Hannah rolled into town. Rebekah called and invited me up, worried that I would need family at such a moment. I didn’ t go because I was working on the book that I’ll be talking about on the Diane Rehm Show tomorrow. I’ve always hated that I wasn’t with Rebekah when she needed that ride to the hospital in the middle of a storm… granted neither of us knew Rudy was coming that night. (It’s just like Rebekah to give birth in the middle of a hurricane.) Read this, you’ll see why I adore Rebekah Sanderlin. And if you want to read more of Rebekah’s work you can check out her blog Operation Marriage by clicking here. 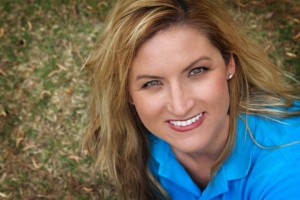 My eyes were wide open as I was lying in bed. I glanced at my alarm clock. It was 1:37 a.m. on May 31st, 2010. I hoped to sleep but knew that the tremendous energy rushing through my veins, as vibrant and liquid as neon, would make sleep impossible. Earlier that day I had gone skydiving for the first time, something I’d always wanted to do. Several hours later I couldn’t stop reliving every heart-exploding second, it was a like a movie left spinning in my DVD player. I’d stood frozen in the open doorway of the tiny airplane as Ron, the pudgy, middle-aged skydiving instructor I’d met only hours earlier, strapped himself to my back and yelled into my ear, “Go ahead! Jump!”

It seemed like minutes but was probably just a second or two before I took that step, out of security and into nothing, with the world rushing towards me like a tsunami of air. I felt only fear. There was no pleasure in that moment. I was 11,000 feet above the Earth and falling fast — 125 miles per hour, to be precise. Finally, an excruciating 45 seconds later, Ron told me to pull the cord for the parachute and my terrifying plummet became a leisurely loping, beautiful, slow sail. I felt like a kite.

That night, while replaying the events in my head, I realized that I had been that scared before, a few times, in fact. Each time had been when I’d had to let go of something that I loved as much as life itself. I realized then that, for me anyway, this must be what love is: Cutting the strings and letting life happen, whatever it may bring.

Let me explain: In 2004 I was a 28-year-old Army wife, a title I’d held for just over a year. My family lived far away from me and I had just given birth to my first child, a beautiful little boy who seemed to be made of toothpicks and tissue, so fragile did he look. I knew nothing about babies. I’d never been a baby sitter and I hadn’t bothered to linger around my sisters’ or my friends’ children. My own maternal instincts were as strong as my math skills, which is to say, nonexistent. And then, when that tiny, needy, baby was just three weeks old, my husband deployed to Afghanistan.

I was certain his deployment was his death sentence. I was sure that I would never see him again. So I bought a video camera and I tried to document every moment of those three weeks before he left so that our son would know something of his father. I wanted our baby to know that his father had loved him deeply, even if only for three weeks. Then I took my husband to meet the plane that flew him away from our shiny new family, and set him down in hell. 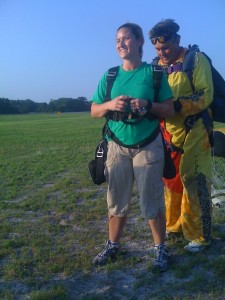 As news of casualties from his unit began to arrive, I became more convinced that my husband would be the next to die but, as it turned out, we were the lucky ones. He came home — only to deploy two more times to Afghanistan in the coming years. Those next deployments were, in many ways, even harder because, armed with the wisdom we gained in the first deployment, we knew exactly how bad life would be for us all.

At the same time, I knew that these deployments were the very moments my husband had trained for, in a career he had dreamed of having since he was a little boy. This was his chance, and I knew I had to let him take it. To try to keep him from going would be selfishness of the highest order on my part. And, though I’d never before considered myself a patriot, I knew that I had a deep need to love something bigger than me, something bigger than my family and my circle of friends. Love for my husband meant letting him go into harm’s way to pursue his calling; love for my nation meant being willing to sacrifice my own comfort and dreams for the greater good.

I had a chance to learn this lesson again in 2008. My husband was again in Afghanistan, his third deployment there, I was pregnant with our second child and had just learned that my father had stage four esophageal cancer and had just six months to live. It was a total surprise to my entire family, most of all to Dad, who months earlier had seemed healthier than he’d been in years. My son and I moved home to be with my father and I spent hour after hour by Dad’s bedside, drawing closer to the first man I’d ever loved, even as he slipped further away. When Dad’s time came I was sitting by his bed holding his hand and urging him to leave. I didn’t want him to go — I still don’t — but he was suffering and he had no chance of getting better. I wanted his pain to stop, even if meant pain of my own.

And so, just like Ron the skydiving instructor, I told Dad to go ahead and jump, out of this life and into the next, away from me and all of us. His breathing slowed until more than a minute passed between breaths, and then the hospice nurse came and told me that he was gone. Just like that. As a baby I’d slipped easily into his arms and as an adult he slipped just as easily out of mine. I didn’t know how much I loved my father until I released him into an unknown far scarier than that rush of open air, far scarier even than war.

Then in 2009, with my baby girl just six months old, I learned this love lesson yet again. My daughter had the bad fortune to come down with a cold at precisely the same time she’d been exposed to tuberculosis in her day care. Within days a public health crisis was declared and I was ordered to check her into our local hospital. I was told that if I refused she would be deemed a public health threat and be taken into the county foster care system. I was sure she didn’t have tuberculosis, and it turns out I was right. But with my husband again away on military orders and no one around to rally me to fight, I took my daughter to the hospital, where she and I were immediately quarantined. We were kept in an isolation room in the intensive care unit for five days. Everyone who came into contact with us wore, at a minimum, surgical masks and gloves and some even wore suits which looked as if they’d been designed for handling hazardous materials — in some ways, I suppose that’s what we were.

The quarantine wasn’t so bad, though. My neighbors kept my son and I rather enjoyed the quiet time alone with my daughter. No, the worst came early every morning when the nurses arrived. 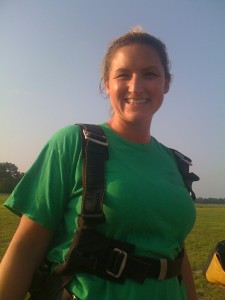 They — in their masks and gloves — would demand that my sweetly sleeping daughter be awakened for tests. They handled her like she was contaminated and took her away for a procedure that left her screaming for nearly an hour afterward. Each day when they brought her back to me I imagined that she blamed me for subjecting her to pain and I felt horrible for allowing it to happen. The days were raw with conflicting emotions. My head was full of the defiant things I wished I’d had the courage to say. Amazingly, it was then that I began to realize the depth of my maternal instincts — instincts I’d never even known I had. I wanted to protect my baby more than anything in the world, but every day I had to let her go. To refuse the tests would mean, at worst, that a life threatening disease could go untreated or, at best, that my child would be taken from me and given to someone else. I wanted to protect her from the pain of the tests — but there was nothing I could do.

These were the thoughts that knit themselves together as I made sense of my fall through the sky on that sleepless night last May. They were rapid-fire thoughts, coming from all directions, but the theme was always the same: Love means letting go. It means sacrifice. It means discomfort. Love, for me anyway, means being okay with not getting what I want, making peace with the unpeaceful, loving through the pain, and giving the people I love the very best that I have, everyday, even when my best is never enough. 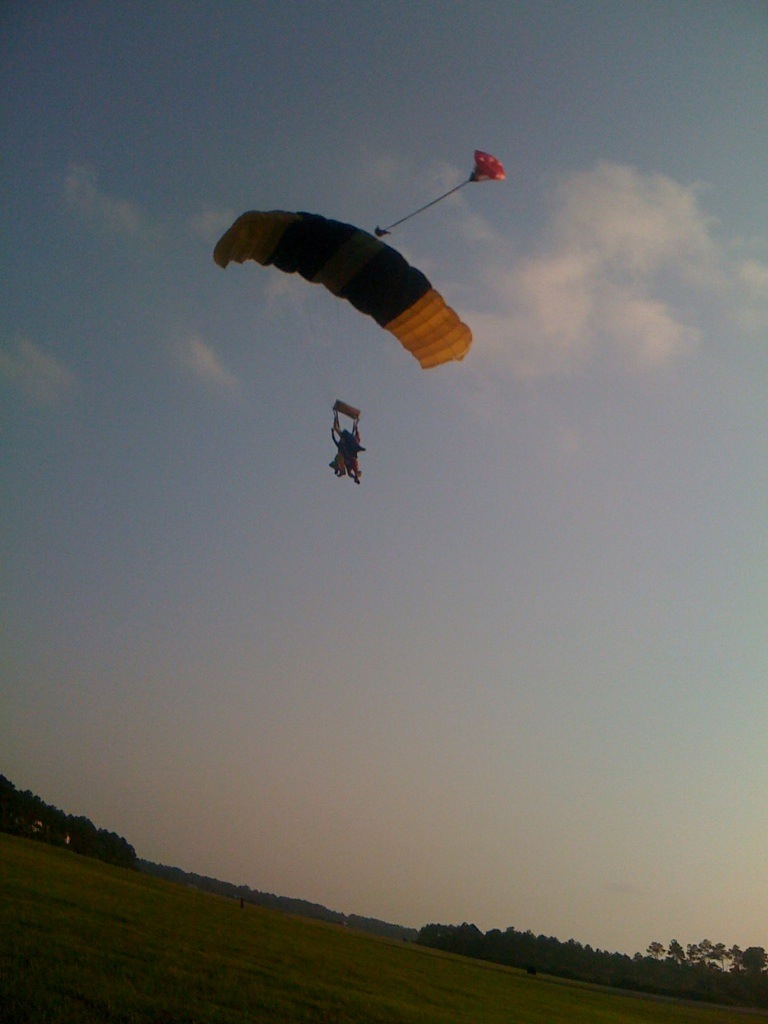 A List of Sins from the...
Christian Crier
Related posts from Karen Spears Zacharias