Rosie O’Donnell and I had a brief Twitter exchange yesterday in response to this video (Warning: The language in the video is abrasive):

Rosie tweeted that she loved the guy behind the camera. The one videotaping Anthony Sanchez, a California Irrigation Official, whipping his son for what news officials are reporting as “failing to catch the ball.”

I don’t know for sure if Sanchez was spanking the boy for not catching the ball or because the boy was mouthing off to him. Either way, it’s obvious that Sanchez is frustrated and angry when he belts the child.

Given that I’ve just come off a book tour urging people to speak out whenever they suspect child abuse, I applaud the neighbor for speaking out on that boy’s behalf. No child should ever be spanked as a result of anger. And if it’s true that Sanchez spanked his step-son for failing to catch a ball, well, then he earned the verbal lashing he has received.

What I have trouble with is the felony child abuse charge possibly pending against Sanchez. I suspect it is more likely a result of media attention than actual felony offense.

I responded to Rosie O’ Donnell by Tweeting back: Yes. But how hypocritical of media to get up in arms about this when 5 children a day are dying from much more severe abuse. #lame.

To which, she said: How great that it aired at all. I love that guy behind the camera.

Rosie raises an important issue — How great is it that it aired at all?

What lesson was learned by the general public from this?

Did any of those news reports include the statistics on child abuse? Did they bother to mention that over the past 10 years — the length of time we’ve been at war in Iraq & Afghanistan — we’ve lost 20, 000 children to child abuse? Four times the number of American soldiers killed in action?  And that eighty percent of those deaths happened to children ages 4 and under?

Did reporters bother to localize the story to find out how many children in their own neighborhoods have suffered abuse in the past year? Did they contact anyone at the National Childrens Alliance to talk about the fact that the US has the highest child abuse fatality rate in the industrialized world?

Did those same reporters who were filing this as a nationwide headline story bother to consider that Congress designates more money on military recruiting at NASCAR events than in child abuse protection?

And where are the investigative reports looking at how abysmal our court system is at holding Children Welfare (DHS) accountable?

Consider this troubling finding regarding Michigan’s court system:  “Forty percent of judges admitted that they lied,  and said DHS had made  “reasonable efforts” in  cases where the judges  really didn’t believe it.” 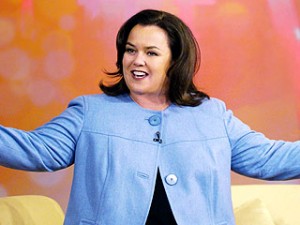 Those judges admitted that they lied because if they failed to check the box, the county would lose important federal funding.

The Department of Human Services, by their own admission, says only 40 percent of abused children are getting help. That’s a 60 percent failure rate.

That’s why when you read those stories of a child’s death, like the one I wrote about in A Silence of Mockingbirds, the death is almost always the result of “Systematic failure.”

The kind of child abuse that leads to the death of a 3-year old is rarely as titillating as a someone with an iPhone capturing a neighbor spanking a child. In fact, as was the case with Karly Sheehan, the abuse that leads to a child’s death is most often done in secret.

So hold your applause, Rosie O’Donnell, and spare this old shoe-leather journalist the media outrage.

When the national media desks begin reporting thoughtful and investigative work on child abuse with the same fervor that it does war in Iraq and Afghanistan,  and when the public demands an overhaul of the corrupt system that is failing children and contributing to their unnecessary and often brutal deaths, that’s when you will hear me shouting from the Amen section. 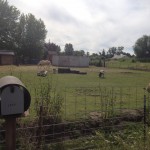 June 11, 2012
A Matter of Acceptance or Ignorance?
Next Post

June 13, 2012 The Sacrifice of Being Gay & Mormon
Recent Comments
11 Comments | Leave a Comment
Browse Our Archives
get the latest from
Evangelical
Sign up for our newsletter
POPULAR AT PATHEOS Evangelical
1