(Editor’s Note: Disclaimer:  The following is NOT a real news story. It is satire, told for fun.  Still, I imagine someone will read this and prove Mayor Mom’s point.) 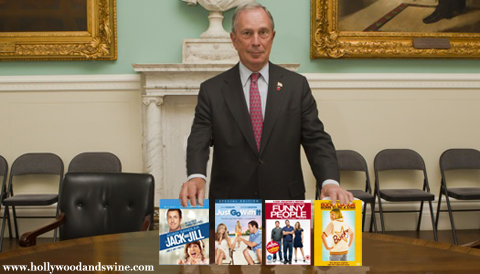 Mayor Bloomberg must be having delusions of Mrs. Doubtfire. Bloomberg certainly seems confused. He’s mistaken the role of Mayor to that of Mom. We haven’t been exposed to this sort behavior modification since the regime of Jerry Falwell and the Moral Majority passed out Vote for Reagan cards along with church hymnals.

Now he’s kicked Adam Sandler to the curb. According to a report at the parody site  Hollywood & Swine, (which is a real news source the way Jon Stewart is a real news anchor) Bloomberg has ordered New York City’s police to confiscate all the copies of That’s My Boy, the latest in Sandler’s Sandbox flicks, and burn them in Times Square. Apparently, Bloomberg has never heard of the First Amendment. And he’s forgotten that he lives in New York City, not Hanoi.

Poor Sandler. He really should consider going back to vocational school to obtain a more useful degree. Watching drunk monkeys poop offers more comedic humor than an Adam Sandler flick. Not that I’ve seen that; I just can envision such a scenario would be more action-packed.

C’mon Bloomberg. Lay off the Viagra. All that blood rushing through your system has created the wrong sort of passion. Sandler’s movies have enraged the Mayor and spurred him to don an apron of morality and role as New York City’s newest nanny.

What? Has Mayor Mom been living under a New York City manhole?

How has he managed to miss all the dumb people who don’t even watch Adam Sandler’s movies? Apparently he hasn’t visited his local Wal-Mart lately (or Wall Street for that matter).

Here’s a news flash for you, Mayor Mom, America’s education systems are in dire straits. Our churches are in decline. Our families, our communities and our cities live in a constant state of flux economically (in no small part because of the morons and crooks that run Wall Street). Half the city of Detroit is considered functionally illiterate and the rest of the nation isn’t too far behind them. But blaming Adam Sandler for that is akin to blaming Starbucks for the extinction of mermaids.

I teach First Amendment Rights to college students who start the term with the notion that the only thing the Amendment is good for is cussing out the police officers who cite them for peeing in public. I try to teach them that cussing out the law man who holds the key to the handcuffs and Marines of any sort is a really, really stupid idea. Even so, I wouldn’t take away a person’s right to be as dumb as they want to be.

Don’t be me wrong, I do think any grown man who makes a movie about the sexual abuse of a child ( The movie follows the relationship between the main character, Sandler, and a son that he had with his teacher when he was 13 years old) and calls it comedy displays the crude critical thinking skills of Jerry Sandusky explaining how he loves kids. Adam Sandler and Jerry Sandusky deserve to be taken out back to the wood shed and somebody really big and strong ought to open a can of whoop ass on them.

But c’mon Mayor Mom, once you start criminalizing Big Gulps and Adam Sandler, where do you draw the line?

Every city in this nation has its town idiots. Next thing we know you’ll be partnering with North Carolina Pastor Charles Worley penning people up behind an electrical wire fence.

I wouldn’t have thought it possible before now but Mayor Bloomberg you may have just out-dumbed Adam Sandler. 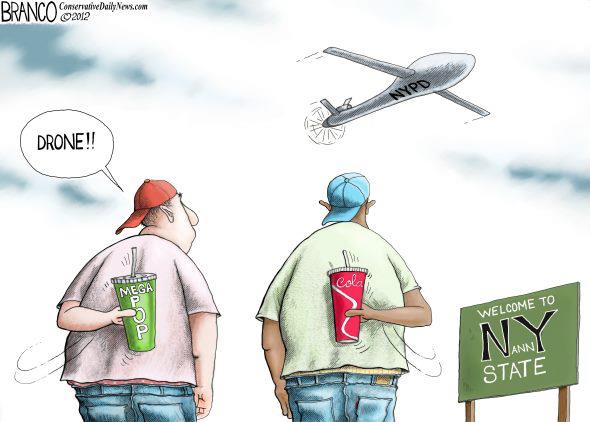 June 20, 2012 This presidential election: Why I don't care
Recent Comments
0 | Leave a Comment
Browse Our Archives
get the latest from
Evangelical
Sign up for our newsletter
POPULAR AT PATHEOS Evangelical
1

Don’t Name Drop for Fifteen Minutes of Fame.
We live in a fame-drenched society. People love to bask in the...
view all Evangelical blogs
What Are Your Thoughts?leave a comment
Copyright 2008-2020, Patheos. All rights reserved.