This presidential election: Why I don’t care 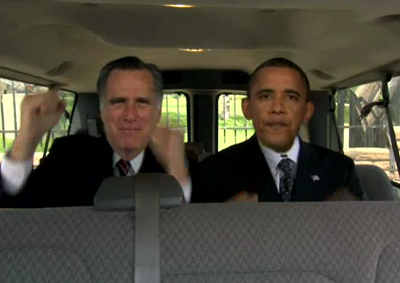 I don’t care who will win the upcoming presidential election.

I believe in voting.

But I am convinced that who I vote into the office of president no longer matters.

The President of the United States is as much a figurehead as the Queen Mother, albeit she’s much more likeable in many ways. (Perhaps we ought to consider electing Betty White?)

Sure, the role of president isn’t determined by something as arbitrary as a blood line. Our candidates buy and leverage their way into our nation’s most powerful position.

I’m pretty sure that’s not the sort of democracy the First Congress had in mind when they proposed the First Amendment, but it’s where we are now. In their day it was considered reprehensible to even campaign for office.

This ability to blow the lid on campaign finance — to pimp out the office of presidency to the highest John — this is what we call progress?

I don’t care if Barack Obama — the man of big hopes and little change — wins. Or if Mitt Romney — the man of unlimited resources and limited vision — wins.

The results will be the same — four more years of political pandering and public posturing.

But don’t mistake me for a cynic. I’m a realist. I know who controls the purse strings and it isn’t the president.

So don’t bother asking me who I’m voting for president this year. I don’t care who wins this presidential election.

Real progress won’t happen in this country until Congress quits carrying on like a bunch of slow-witted frat boys arguing over old rivalries.

Can’t you see that this country is headed down the Cahulawassee River?

Those expecting deliverance to come by way of Obama are Romney are sure to end up squealing like pigs in the wilderness.

America needs real transformation. The kind that can’t be legislated, orchestrated, or monetized.

No catchy campaign slogan or Wall Street marketing firm will provide us with the hope and change we need as a people and as a nation.

“Whenever you find yourself on the side of the majority, it is time to pause and reflect” 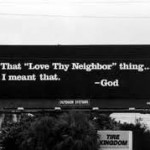 June 21, 2012 SBC: The One True Church of the Heterosexual God
Recent Comments
28 Comments | Leave a Comment
Browse Our Archives
get the latest from
Evangelical
Sign up for our newsletter
POPULAR AT PATHEOS Evangelical
1