I met a fella named Memphis Storm this week. That’s his first and middle name. When you give a name like that to a baby you can be sure there is a story behind it. I so badly wanted to ask but feared embarrassing the teenager that I actually refrained. I know that will surprise most of you – that I could show any restraint. What can I say? I am growing more sentimental in my feeble years.

But don’t think for  a minute I didn’t drum up all sorts of back-stories for that kid’s name. My favorite is the one in which his young parents are driving West from the East Coast when they get caught in one of those put-the-fear-of-God-in-you tornadoes that rip through the South of my youth. So they hunker down at the nearest Best Western and wait the storm out the best way they know how – baby-making.

Of course, I realize that the more likely story is that the kid’s dad is some sort of rabid football fanatic and gave the name to his boy expecting that one day in the not too distant future all of the ESPN anchors will be carrying on about Memphis Storm.

But perhaps I am completely wrong on all accounts. Maybe that is simply an old family name. But you know me, I love a good story.

Earlier this week I spoke with a girlfriend from New Orleans. She was at the beauty salon when I called. Her daughter is undergoing chemo for breast cancer. Her second bout in a short time frame. Realizing that she was going to lose her hair again, she’d decided to bleach her brown hair platinum.

“She’s going to look just like PINK!” I said.

“That’s what she’s hoping for,” her mother replied.

She stepped outside the salon so that we could continue our conversation. “I wish you could see it here, Karen,” she said. “You know it’s getting on Mardi Gras time. It’s so lovely.”

“Are all the houses decorated?” I asked.

My first visit to New Orleans was in Spring of 2005. I was completely gob-smacked, smitten, if you will. I loved, loved, loved New Orleans. The arts. The history. The people. The mystical. The literature. The graves. The kitschy.  All of it. Love, love, loved it.

So when Katrina struck a few short months later, I was devastated by the horror of it.

When I was there in the Spring I was invited to speak to the National Guard’s FRGs (Family Readiness Group) at Jackson Barracks about growing up a Gold Star Daughter. I returned in January 2006, a few short months after Katrina, again at the invitation of the National Guard. Jackson Barracks was decimated by Katrina. I received a personal tour of the Barracks and the Ninth Ward, escorted by several Guard members.  And even though I had watched all of CNN’s coverage and everything Anderson Cooper reported, it didn’t come even close to covering the reality of the storm that was Katrina.

My friend Bert Montgomery grew up in New Orleans. (Lucky fellow). Bert is a pastor and teaches at Mississippi State. When Katrina destroyed his hometown, Bert was living in Kentucky and attending seminary. But the devastation of Katrina sent him into a tailspin of emotions. Going Back to New Orleans is a project that has been on Bert’s heart for a long time.

Some people organize their closets as a means to cope. Writers write. It is the way we bring order to the chaos. What I love about this Kindle book is that Bert went to the primary sources for this project. His parents. His high school friends. His faith community in New Orleans to share their stories first-hand. Going back to New Orleans is a quick read, 119 pages. Most of it is first-hand accounts from those who were there, boots-on-ground. As I read their stories, I was reminded of something Angelina Jolie said about directing the movie Unbroken, due out later this year. She said she felt such a responsibility to capture the human spirit of Louis Zamperini, the Olympian turned soldier turned POW. Bert does that with Going Back to New Orleans. He has captured the human spirit that, despite the burden of despair, hopes still.

Speaking of storms, Wiley Cash made landfall in the literary community with his debut novel Land More Kind Than Home.  So expectations were high for his second book, This Dark Road to Mercy. Can I be honest? I didn’t think I’d like it as well as I did his debut book. That happens a lot with authors. You love their first book but their second one lacks the punch of that first one. Not so with Cash. I so loved this book. I think, in part, because it had never occurred to me to make a Guardian Ad Litem a main character in a novel. My husband is a Court Appointed Special Advocate volunteer (a Guardian Ad Litem). He started volunteering after reading A Silence of Mockingbirds and feeling the need to do more to help children.

Brady Weller, a former detective,  is such a wonderfully-flawed character. When Easter and Ruby, the two girls he’s been appointed to watch over, are kidnapped, Brady makes it his mission to rescue them. Thrown into all the mix is this love of baseball and Mark McGwire and Sammy Sosa’s 1998 home run battle. I got completely caught up in this book, which for me is my standard for knowing when a story is really good.

That is exactly what happened when I read Donna Johnson’s memoir, Holy Ghost Girl. I am a late-comer to this book. A reader friend read it and shared it with me. (Thanks, Diana!) 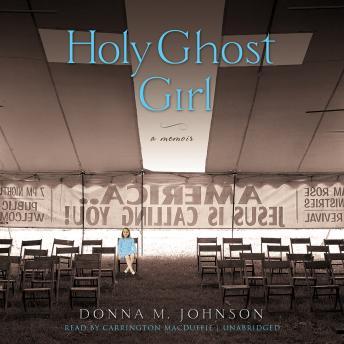 I heard one of those radio preachers carrying on the other day about being at some amusement park where the Baptist girls were dressed like trash and the Pentecostal girls were wearing dresses down to their ankles the way God intended them to. He went on to explain that boys who were their pants down their behinds have adopted fashion from prison-culture. Belting your pants around your lower butt or your knees is a way to let others in prison know you are open for business, this preacher said. They call it flagging. And the preacher who went on to say some very hateful things of a homophobic nature, added, “It makes me want to gag-a-maggot-on-a-wagon.”  Which is a phraseology that I heard as a young child but had forgotten.

That’s the kind of preaching Donna Johnson was exposed to on a near daily basis. Her mother was the organist/piano playing mistress of the once popular tent-revival preacher known as Brother David Terrell. Think Joel Osteen on the tent-revival circuit of the 1960s.

There’s one thing good about growing up fundamentalist – if you have the bent at all to write, you will come away with some unforgettable stories. Donna did. And her telling of them in Holy Ghost Girl is unflinching. I don’t think I’ll ever forget the blood-spewing scene of young Randall,  or the day they lit the barn on fire, smoking cigarettes.

But what really struck me about Donna’s story was her need, even as an adult, to find within David Terrell something good, something worth believing in. I think that speaks more to Donna’s ability for grace than Brother Terrell’s.

What have you been reading lately?

March 3, 2014 Sherlock's Theology
Recent Comments
0 | Leave a Comment
Browse Our Archives
get the latest from
Evangelical
Sign up for our newsletter
POPULAR AT PATHEOS Evangelical
1 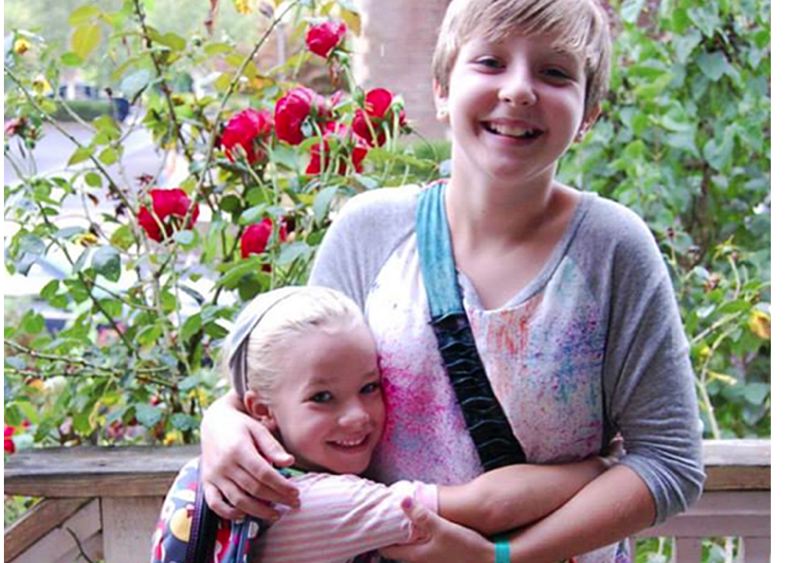