When Grace Breaks Us

Grace is terrifying. It is the cast aside bloodied bandages of grave clothes. It is a tomb sealed off, so hot and stuffy that it takes your breath away.  It is despair, the ever-present shadow of death encroaching. It is the beggar’s desire for a drink of cool water receiving a sip of bitters instead.

Grace is harsh. It is a hard fever that takes a person to the brink of delirium and then yanks them sideways to the cold concrete floor of a meat locker. It is the cries of the mothers who labored all the boys of Bethlehem to their slaughter.

Grace is the pile of leaves where a horrified father bent over the broken bodies of his two young daughters. The sisters, dead now, had been laughing and playing only moments before, posing for the camera their father focused.

He’d left them there, girls giggling, buried in that pile of gold and red parchment, while he ran into the house to put away the camera. He’d heard the hum of the engine as the driver of a car swerved into that pile of pleasure that hid his daughters from clear sight.

She, the driver, a child herself, felt the thud but did not stop, did not check to see was it a rock, a tree limb? Once home, her brother hopped on his bike and rode the block back to see what had caused the bump. There he found a father wailing, a mother, distraught, her babies a heap of broken bones and bloodied leaves.

The driver, disbelieving, was too scared to admit that she had been the careless one who had unwittingly killed precious children. She did what Adam did and tried to hide her wrongdoing. That she was an immigrant’s child, brought into her adopted country too young to have a say in the matter, only heightened her fears.

But grace is relentless, ruthless. It will find us out. We cannot hide from it. Not anywhere.  Not a one of us.

Our girls lived a love-drenched life, the family said. Then they asked the courts to not punish the driver harshly. She didn’t mean to harm our girls. We know that. She will live with this the rest of her life. We don’t want to see her life ruined, too. So, please, sir, don’t judge her harshly. We don’t. We forgive her. Truly we do. We ask that the courts do the same.

May it be as you say, the judge ruled. Three years probation and community service. Grace be to you. Go and live a life worthy of the memory of our girls, the grieving mother pleaded. We wish you no ill-will.

Then they wept, openly, all of them.

Grace binds us together in bloodied grave-clothes, teaching us that it is in our deepest brokenness that we find our greatest strength. 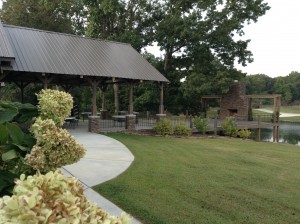