Where do they go now? 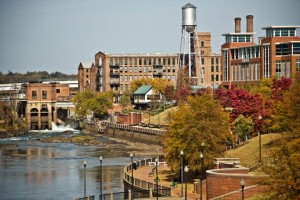 Whenever people tell me how bad the world is getting, I wonder where they were in 1972.

Because that was a pretty difficult year in my hometown of Columbus, Georgia.

The Vietnam War was raging on.

The trial of Lt. Calley for the murders at My Lai massacre had draped the entire town in cloak of shame and anger.

Muscogee County School District had been twice sued for running a dual education system– one for blacks, another for whites. The lawsuits, which had been going on since 1964, had been denied by the district courts, but finally, in 1971, the school board was forced by law to implement a plan for integration. Parents from both sides were up in arms about their children being bused across town to the white school or the black school. My hometown still hasn’t reconciled it’s racial divide.

On the home front my brother was in the grips of a full-blown drug addiction.

Daddy was dead. Mama was absent.

Not unlike today, really.

There was one place I felt safe.

And I wasn’t the only one.

For many youth, Rose Hill was a community where marginalized kids came to feel safe.

Many of us did not have parents who attended that church. In other words, our parents weren’t contributing to the health of the church. They didn’t tithe. They didn’t teach VBS. Sometimes they were just bugged that we wanted to go to church at all. They certainly didn’t concern themselves with what kind of “programs” the church had to offer. Our parents would never had considered pulling us out of Rose Hill because the program wasn’t good enough. They would have told us to get over ourselves.

Bemoaning the ways in which the business of church has changed over the years, someone remarked that it’s a different beast now. Parents don’t want to attend a church where there isn’t a dynamic youth program. They don’t want to attend a church that doesn’t have any entertainment value. They want an awesome band. They want a preacher who looks like Preacher Smiley, not one who gets to meddling. In other words, speaking  the truth.

“Today’s churches have projects to fill needs but they have relationships to find fault,” observed one fellow I spoke with this week. “It’s the relationships where churches are failing today.”

Something must be wrong.  There’s a mass exodus away from the institution of church in America.

A first for us, the historians say.

I keep wondering where all the marginalized people are going to feel safe now.

July 16, 2012 God's Poetry again
Recent Comments
2 Comments | Leave a Comment
Browse Our Archives
get the latest from
Evangelical
Sign up for our newsletter
POPULAR AT PATHEOS Evangelical
1

Are You a 'Judgmental' Christian? Good.
The Chorus In The Chaos
Related posts from Karen Spears Zacharias