A Shooter and his prey

A Shooter and his prey September 17, 2013 Karen Spears Zacharias 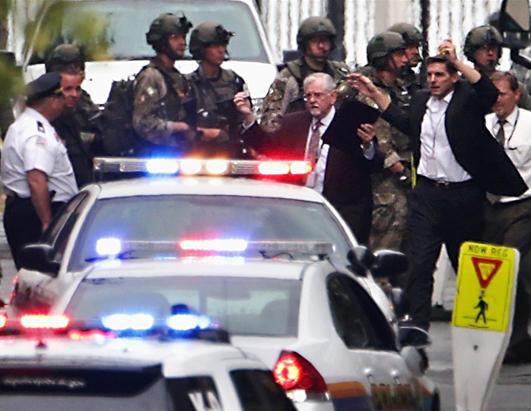 Once again we walk through our day shaking our heads in disbelief, muttering prayers for the dead, the wounded, the first-responders, and all the families.

We turn on the radio, NPR or Rush Limbaugh. We turn on the TV, FoxNews or CNN. And we listen in what could be mistaken as a meditative state but really is just the look of stupefaction.

We ask the very same questions we have asked in all the dozens and dozens and dozens of prior episodes. Who is this shooter? What is his background? Were the guns purchased legally? How did he gain access? Who are his friends? Who is his parents? What did they know? Did he have a history of violence? Did he play violent video games? Had he ever been arrested before? Are there any other clues that could have, should have led others to stop the slaughtering of the innocent?

We will once again argue over gun control, although there’s really no point in it. If the killings of all those babies at Newtown wasn’t cause enough to act, to change, to be a better people, to make better choices for the whole of us, nothing will make convince us to change. 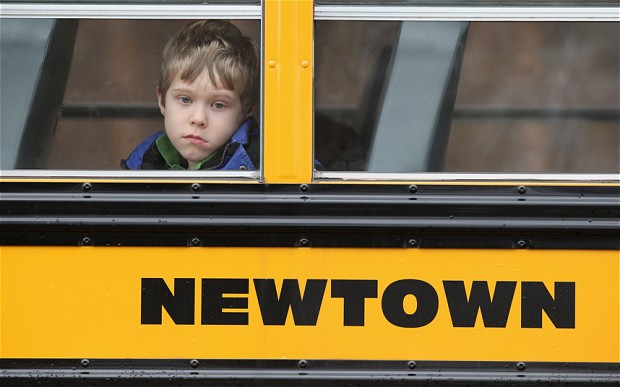 Shooters know that in this country they can have a field day any day of the week, any week of the month, any month of the year. They can stand in the center of our federal buildings and pick us off one-by-one, like a boy with a BB-gun shooting magpies sitting on a fence. Shooters can walk into our subways and pick us off as we scramble for the doors. They don’t care. They are just as happy to shoot us in the back as in the forehead. It actually thrills them to see us run. Just like in all those violent video games they play, they’ve learned to visualize us as cartoon buffoons attempting to flee. Shooters like the power and control that it gives them to see us confused, frightened, pleading for our lives, praying over our friends, our loved ones.

Right now, as I type this, somewhere in America there is another, likely dozens of others. Visualizing the day when they, too, will don the black garb, grab the long-gun or the semi-automatic weapon, and walk boldly into the front doors of a federal building, a school, a gym, a movie theater, a church, and open fire. They sit at their computers or TVs peering down the barrel of a pretend gun, conditioning their minds and their souls to acts of violence, training for the killings to come. They assess the carnage that is their make-believe world and imagine the elation and thrill that will be theirs when they inhale the mineral-smell of fresh blood, not the stuff of video games. 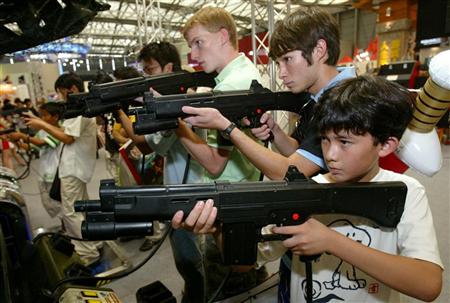 Shooters know the only way to up the ante of the violence it to kill more people than the last shooter. In real life and the imaginary one, if you want to be the Top Shooter, you must kill the most people you can in the shortest amount of time you can. The clock, not humanity, is the real enemy of the Shooter. There is no time, nor any reason, to think about the lives of the people falling into pools of their own blood.

Committees in Congress will convene to study all the ways in which security measures failed to protect the innocent again. A grandmother will walk through a mall in Seattle and Topeka today and wonder what she should do if someone opens fire. School officials in Atlanta and Los Alamos will send out emails reminding their employees of the district’s security policies and urging them to be ever vigilant.

Yet, it won’t be long before we are all hear again, flipping through the channels, turning the dial on the radio, calling our friends in Connecticut, in Colorado, in Texas, or Georgia and asking if they are okay, have they heard the news?

There’s been another mass shooting.

This one at a school.

At a movie theater.

At the military base.

Right in front of God and all that security.

While Americans sit watching, too stupefied, too confused, too lost in a morass of moral and legal ambiguity to do the right hard things that might actually deter a Shooter-in-the-making.

“The Roots of Violence: Wealth without work, Pleasure without conscience, Knowledge without character, Commerce without morality, Science without humanity, Worship without sacrifice, Politics without principles.”

September 23, 2013 Tribe of Blood Kin
Recent Comments
8 Comments | Leave a Comment
Browse Our Archives
get the latest from
Evangelical
Sign up for our newsletter
POPULAR AT PATHEOS Evangelical
1