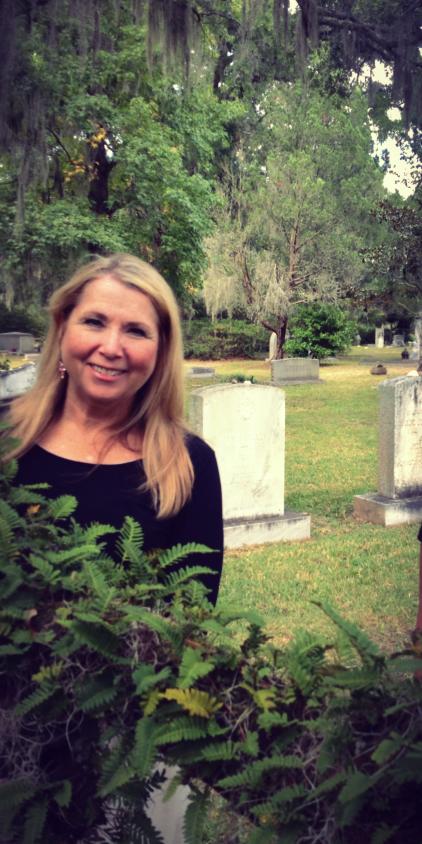 I woke up in North Carolina this morning, just a stone’s throw over the mountain from where Mama and Daddy lay buried.

Tomorrow I will visit their graves, leave behind a copy of MOTHER OF RAIN.

I always knew that my mother was an intelligent woman, given her ability to earn her degrees even though she failed to finish high school. But it wasn’t until she was dying that I came to really understand the breadth of my mother’s intelligence. She kept better track of the pills she needed and the times she needed them than either Sister Tater or me. She’d set us straight in a New York minute, too.

“We are strong women, not weak-minded,” Mama said to me one day as I was sitting with her. I would often open my laptop and write down whatever Mama was saying at the time.  “We are strong women who serve God with our gifts. God has covered a lot of territory with all of us.”

Mama was a voracious reader. There were always stacks of books and magazines around the house. Not high-brow stuff, mind you. My mother probably never read The New Yorker or The Atlantic. Although we spent many years living in Georgia, Mama never heard of Flannery O’Connor until I took a collection of short stories and read to her from A Good Man is Hard to Find. (Boy didn’t she know the truth of that title.)

She said the same thing about J. K. Rowling, too.

Sometimes I felt like a huge disappointment to Mama because I will never write like Rowling or Sparks. Of course it wasn’t the writing like them that Mama really wanted for me — it was the fortunes their writing garnered that Mama really wished for. My mother never overcame the poverty of her youth. She struggled against that demon most of her life, but especially so during her last years. She was not a weak-minded woman so it was difficult to watch her spiral into a gambling addiction that wiped her out financially, and undermined her emotionally and spiritually. I have never written about my mother’s late-life addiction before and I may never again. I do so now only to say that my mother, like all of us, was a complex woman of stark juxtapositions. She was not weak-minded but she struggled against weaknesses she never was able to overcome, despite unrelenting prayers and relentless efforts to do better, to be better. Her achievements, although plentiful, were often overshadowed in her own mind by her failures.

On Friday, I was in a different cemetery. This one on Pawleys Island. I was there visiting the grave of James Dickey. Nearby the branch of a Live Oak reached out across the graves, across a stone wall. The limb moved, back-and-forth, rhythmically, almost imperceptibly like the forefinger of a war veteran whose has seen too much, been scared one too many times.

Our minds, our spirits can be like the low-slung limbs of Live Oaks, given over to whicheverway the wind blows, even when rooted to something much stronger, something that won’t bend, won’t break, even in the worst of storms.

“You have to make me care about Maizee,” Mama said when she read an early draft of MOTHER OF RAIN.

That is the challenge for each of us, is it not?

Learning to care for others.

The weak-minded, the addicted.