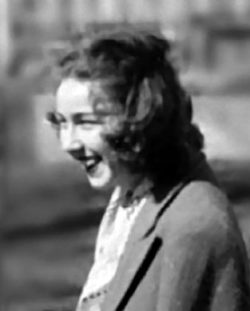 Somewhere in my office, or perhaps in the garage, are the journals I kept as a college student, and as a young married woman. Included in those papers are drafts of my wedding vows, and drafts of letters I penned but never mailed to that boyfriend I didn’t marry.

The journals are almost all prayers, letters to God.

There is nothing in those journals to indicate the writer that I would become. But there is plenty there that reveals the struggles I faced as a young woman of faith, struggles I continue to face, matters that I will, undoubtedly, always wrestle with.

To my knowledge, no one but God has ever read those journals.

I keep them around not because I think somebody will want to read them someday, but simply because they are a part of my history. They remind me of how much ground I have covered over the years, and how in many ways I keep circling the very same fires.

Faith can be so frustrating.

I’m speaking for me. Perhaps it’s different for you.

I’m unnerved by the thought that at some future point, somebody might decide to rummage through those journals and decide that because I was a writer, and because I’ve been so public about so much in my writing, that it is fitting to publish those personal prayers.I’m beginning to think I need to destroy those journals. Shed myself of them.

Prayer journals are sacred. They are the road maps of our faith journey.

I am sad on Flannery’s behalf. As a dead woman, she has had no say-so about the publication of the most intimate conversations of her lifetime.

In reviewing O’Connor’s prayer journals for the New York Times, Maryilynne Robinson suggests, “Perhaps nothing written is meant to go unread, even if the reader is only a creature of the writer’s mind, an attentive and exacting self that compels refinements of honesty.”

There are plenty of things I have written, will continue to write that I intend, expect and even hope will remain unread by the general public, or even loved ones. (Fortunately for me, I can’t decipher my own handwriting, so it’s doubtful my children will be able to.)

I have a great deal of respect for Bill Sessions, professor of English emeritus at Georgia State University and the man who discovered the very brief journal. Sessions was a personal friend of Flannery and is working on a biography about her. I can imagine how useful such prayers would be for a biographer. But I find it troubling that the prayers of a young girl, described by most reviewers as “earnest” in her faith, would be published in this manner.

We live in a society that does not honor or regard intimacy in any form. The only value of intimacy in our current culture is in the monetary ways in which we can capitalize on it.

I grew up in Georgia but I didn’t know Flannery personally. I wonder if she were given a voice in the matter, would she have wanted these prayers published?  Or did she only ever intended that those prayers be between her and Creator God?

In an interview with On Point’s host, Tom Ashbrook, Sessions fails to answer the question of whether Flannery would be pleased to see her prayers published in this manner. He dismisses the question by noting that her letters are published, so why not publish her prayers?

It isn’t clear whether Sessions means that as an explanation or a defense of his position.

I seem to be in the minority once again, but I find this dissection of a young girl’s prayers by the literary community and by the public-at-large distasteful and intrusive.

The publication of Flannery O’ Connor’s private prayer journal may be a road map of another sort – one that shows us how far we have distanced ourselves from all things sacred.

Karen Spears Zacharias is author of Mother of Rain.

November 19, 2013 God's Downton Abbey: The Cheney Feud
Recent Comments
2 Comments | Leave a Comment
Browse Our Archives
get the latest from
Evangelical
Sign up for our newsletter
POPULAR AT PATHEOS Evangelical
1