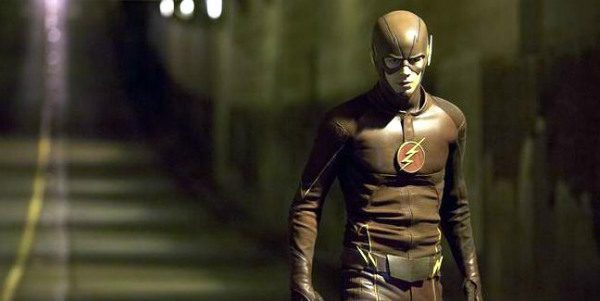 Although I’m more of a Marvel Comics girl — watch this space for my review of Netflix’s “Marvel’s Daredevil,”  premiering tomorrow — but thanks to a couple of Catholic friends who insisted we watch it together, I’ve become a fan of The CW’s adaptation of the DC Comics character “The Flash.”

In the drama, which airs Tuesdays at 8 p.m. ET/PT, Grant Gustin stars as Barry Allen, a boy who lost his mother to a mysterious force, which he described as a ball of lighting with the face of a man — and saw his father wrongly imprisoned for the death — who grows up to be a crime-scene technician.

After being blasted with radiation from a particle-accelerator experiment gone wrong, and a dose of chemicals from his lab, Barry goes into a coma for nine months.

When he awakens, he is able to move at superhuman speeds — and heal just as fast. With the help of his friends at S.T.A.R. Labs, he uses his skills to protect his beloved Central City from a horde of super-criminals, while trying to solve his mother’s murder and free his dad.

When asked my opinion on whether “The Flash’s” pilot should be considered for a 2015 Christopher Award, I gave an enthusiastic thumbs-up.

From the announcement story at Patheos:

Created in 1949, The Christopher Awards are presented to writers, producers, directors, authors and illustrators whose work “affirms the highest values of the human spirit.” Tony Rossi, Director of Communications, says, “The Christopher Awards are unique in that they celebrate both sacred and secular works across a variety of media. The stories we’re honoring—whether true or fictional—highlight people who rise above their own wants and needs to act selflessly, regardless of the sacrifice involved. These individuals are motivated by a higher purpose or a higher power—and sometimes both. As a result, they’re leaving their world better than they found it.”

I’m happy to say that “The Flash,” developed for TV by writer/producers Greg Berlanti, Andrew Kreisberg and Geoff Johns, has indeed won a Christopher Award.

Congratulations to Berlanti (who produced one of my all-time favorite show, The WB’s family drama “Everwood”) and Gustin,

n a TV world populated with anti-heroes or heroes with a serious dark side, “The Flash” is a refreshing change of pace and a throwback to TV’s earlier days in the sense that Barry is simply a good man who wants to make the world a better, safer place. The scene at the end of the pilot in which Barry visits his father in jail and tells him he’s going to prove he’s innocent packs a serious emotional punch. It also highlights the fact that this is a hero not motivated primarily by revenge or anger, but by love.

Gustin brings a Jimmy Stewart-like “aw, shucks” charm and moral strength to his portrayal of Barry, along with a determination that’s born out of pain. He’s had one person that he loved taken away from him and he wants to spare anyone else that same ordeal. In other words, he’s like a candle in the darkness, which is what the Christopher Awards reflect.

I say amen to that. Click here for the rest.

April 8, 2015
Nicole Kidman's 'Grace of Monaco' Debuts on Lifetime, Not in Theaters
Next Post 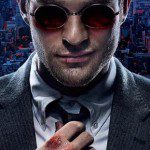